Kidnapped and raised 200m from her home 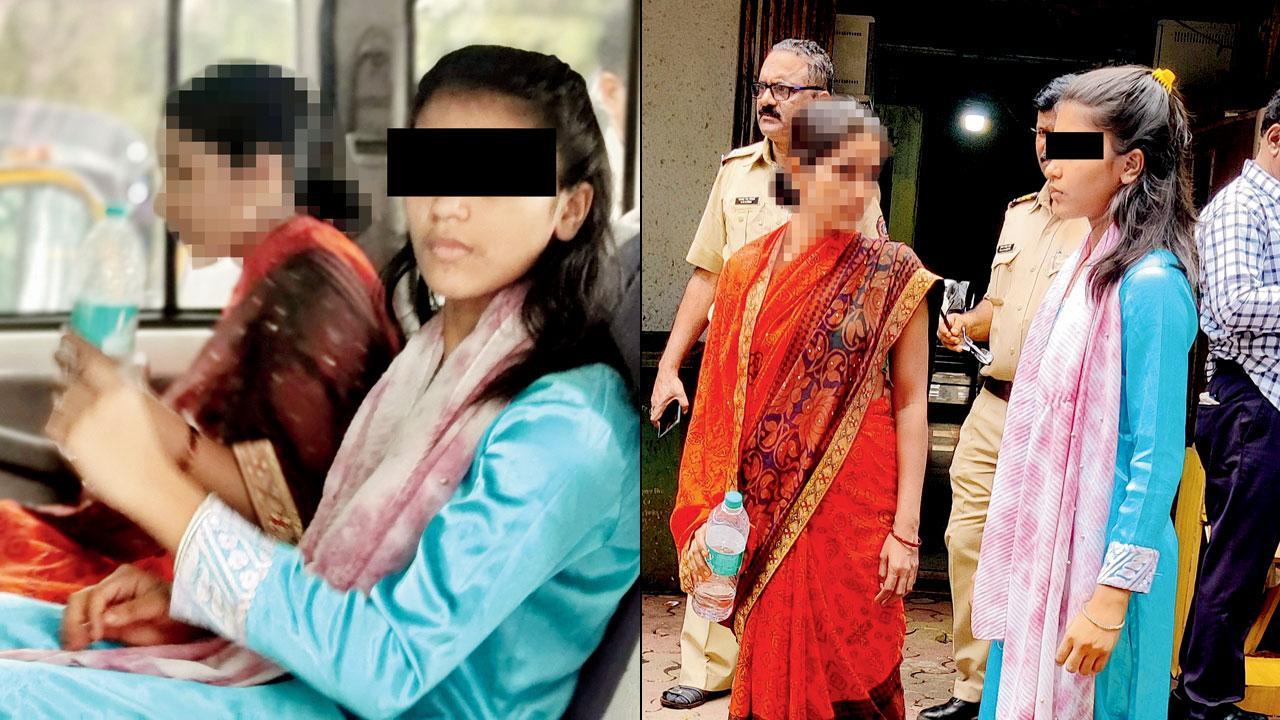 Pooja is reunited with her mother on Thursday. Pic/Nimesh Dave


On the afternoon of January 22 in 2013, a couple, longing for a child of their own, saw a seven-year-old girl outside a school in Andheri and took her home. Meanwhile, Pooja Gaud’s family was searching the neighbourhood when she didn’t return home. While the police and her family continued their search over the past nine years, the ‘kidnappers’ moved, unknowingly, to the girl’s original locality and yet they never came face to face. It was a phone call on Thursday that finally reunited them.

For years, the girl’s family, relatives, neighbours and police looked for her but in vain. Her uncle Vinod told mid-day that three years after she went missing, her father Santosh passed away in the hope of meeting his daughter once again. Nine and a half years later, a call from an unknown number ended the family’s grief.

“We did everything; ran a campaign, pasted missing posters with her photographs in all the corners of the city and even took out a march. But, nothing helped. On Thursday, our friend Rafiq received a call and a woman spoke about Pooja,” he said. “Initially, we did not take it seriously, as we received numerous such calls all these years and none materialised. But the woman made a video call and introduced us to another girl, who was none other than our Pooja,” he added.

The family immediately alerted the police, who acted swiftly and sent a team to the apartment in Juhu from where the calls were made. They brought Pooja to the police station. “It did not take even a second for her mother Poonam, 38, to recognise her daughter. They burst into tears as soon as they met. It was a reunion after nine and a half years,” said a police officer. 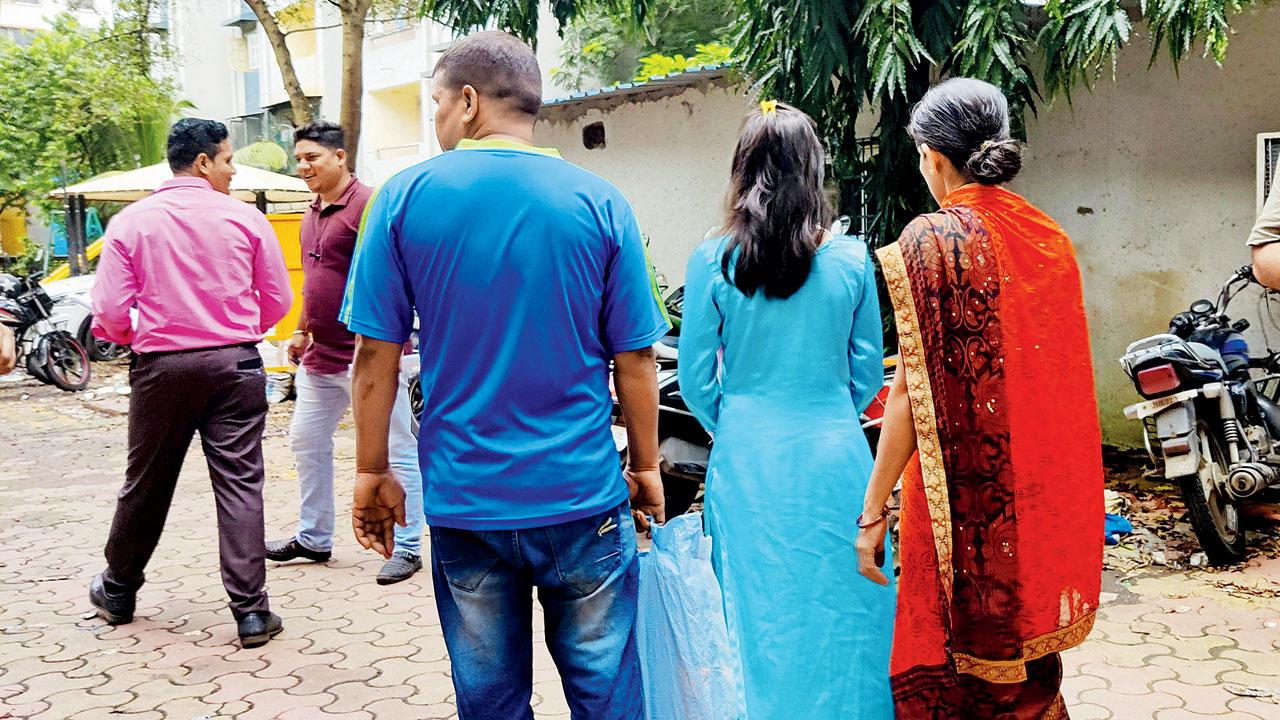 The mother and daughter were reunited after nine long years. Pic/Nimesh Dave

Police immediately confirmed the identity of the person who kidnapped her and arrested him—Harry Joseph D’Souza, an electrician. He was booked for wrongful confinement, kidnapping, on the charges of human trafficking and for unlawful compulsory labour, said Milind Kurde, senior inspector at D N Nagar police station. The police have also booked Vyankatamma alias Soni Harry D’Souza, 37, but did not arrest her as the couple has a six-year-old daughter.

Who made the call?

After kidnapping her, the D’Souzas changed Pooja’s name to Annie and enrolled her at a boarding school at Raichur in Karnataka for four years. Upon returning, she was made to work as a house help.

According to Vinod, on a couple of occasions, Pooja had heard the D’Souzas talk that Annie was not their daughter and they had kidnapped her from Andheri in 2013. Recently, she told this to a woman she worked with at a Juhu flat. The woman was smart enough to check about her online. As soon as she typed keywords—Pooja, Missing, Andheri, 2013—news links popped up, and they learnt the truth.

They also stumbled upon links with the missing poster and found the contact numbers. While three numbers were out of service, one last number, of Rafiq bhai, connected.

Why was she kidnapped?

According to police, Harry and Soni did not have a child of their own even after years of marriage and they were desperate for one. When they spotted Pooja, in school uniform, sitting outside the Cama Road municipal school in Andheri West, they took her straight home instead of handing her over to the police.

Back then, the D’Souzas lived at Irla in Vile Parle and later they shifted to Gilbert Hill, which was the girl’s original neighbourhood. But the D’Souzas didn’t know that. Pooja’s original family lived barely 200 metres away, in the neighbouring gully, said police. However, she couldn’t still be found.

Explaining why, police said that the D’Souzas were not friendly with their neighbours and Soni was protective of Pooja. She would not allow her to make friends, and drop her and even pick her up from the Juhu flat where Pooja worked.

‘They loved me initially’

“Initially, Soni loved me a lot, but since they had a daughter of their own, their behaviour towards me changed. She used to kick me and beat me with a belt and even a rolling pin over petty issues. Recently, she slapped me so hard that I started bleeding from my nose,” Pooja, who is now 16, told mid-day. The news of Pooja’s return spread like a wildfire in her locality and people visited her on Friday.

“I am very happy to be back with my real family. I never expected this day would come,” she said, adding that though she learnt about her kidnapping about three years back, she couldn’t tell anyone. “Soni never let me talk to anyone or be alone with anyone.” “Finally, on Wednesday, I mustered the courage and told Pramila, 36, my co-babysitter at the Juhu flat. We searched about my kidnapping online and found the missing stories and Pramila contacted the number found on the posters,” she said.

A look into their nine-year struggle

2013: Abductors send her to a boarding school in Karnataka

Later in 2017: D’Souzas, the kidnappers, moves to Dhangarwadi in Gilbert Hill

2019: Pooja learns she was kidnapped

August 3, 2022: The girl tells her co-worker, Pramila, that she is Pooja not Annie and that she was kidnapped as a child

August 4, 2022: Pramila contacts Pooja’s family and she is rescued