This achievement is a major leap towards the completion of the 111-km-long winding stretch from Katra to Banihal. It is arguably the biggest civil-engineering challenge faced by any railway project in India in recent history 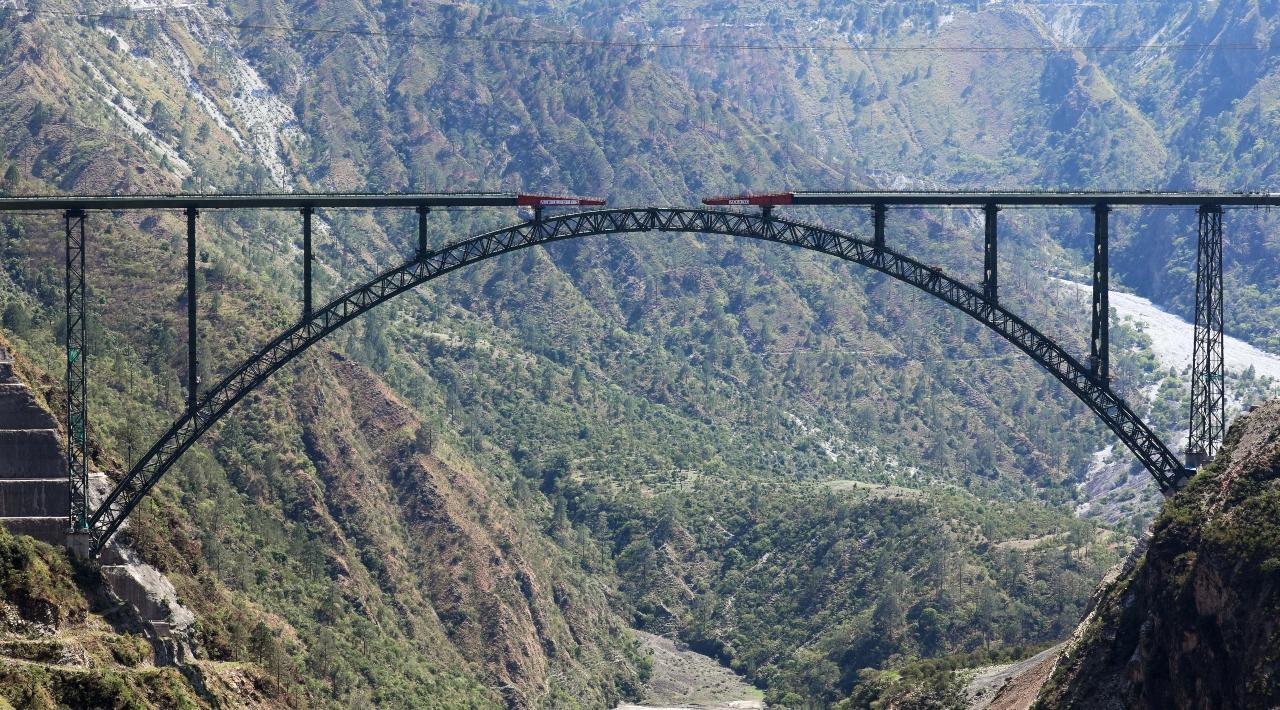 This achievement is a major leap towards the completion of the 111-km-long winding stretch from Katra to Banihal. It is arguably the biggest civil-engineering challenge faced by any railway project in India in recent history.

“For the first time in Indian Railways, incremental launching was done on a transition curve and a longitudinal gradient, both occurring at the same location, for the deck launching of the viaduct portion of the Chenab Bridge. Typically, bridges have been constructed incrementally on a straight or a curved platform with a uniform radius. Executing launching activities in inclement weather and stormy wind conditions was extremely challenging,” Giridhar Rajagopalan, Deputy Managing Director of Afcons said. 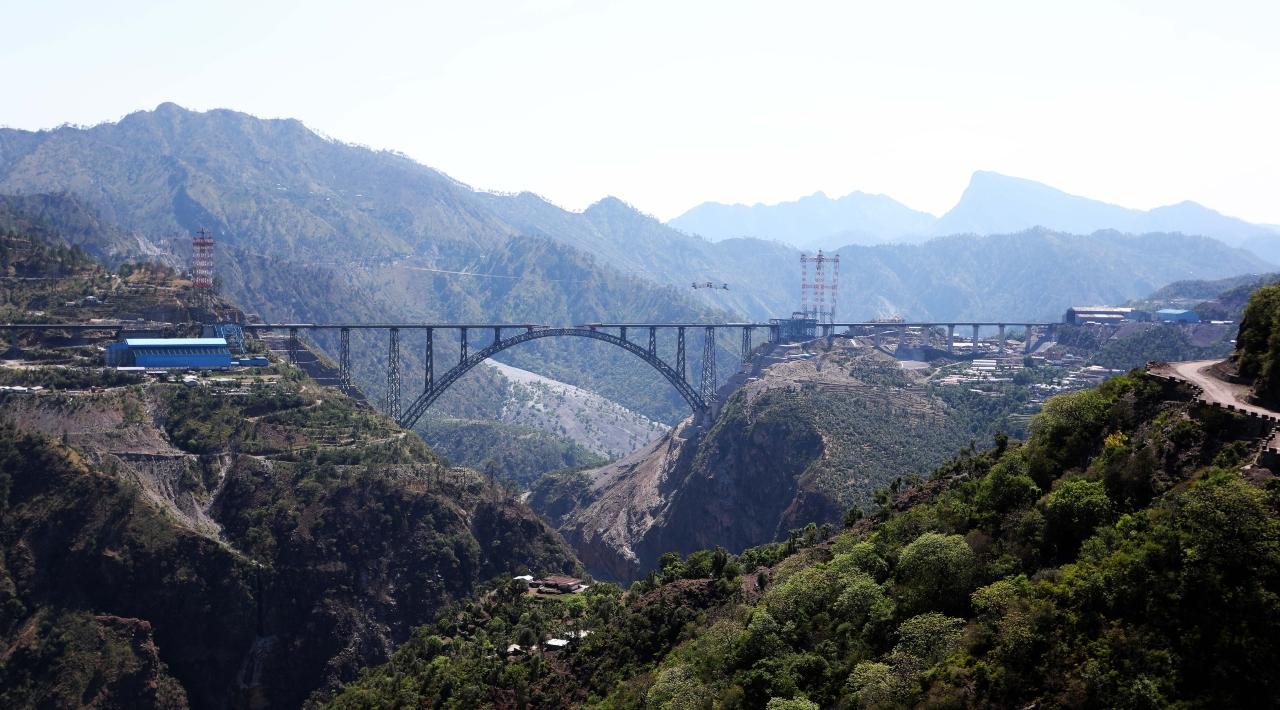 In the Chenab Bridge, 93 deck segments, each weighing about 85T, have been simultaneously launched from both ends of the valley over the mighty steel arch and five are in progress. Both ends will finally meet to complete the bridge overarch deck and the segments will be joined with the help of High Strength Friction Grip (HSFG) bolts to mark the golden joint. This will complete the bridge over the Chenab river valley and herald a new chapter in the history of Jammu and Kashmir.

“The overarch deck completion, 359m above the Chenab riverbed, will be an extraordinary achievement. I have my highest respect for every engineer and worker who has contributed to this engineering achievement. This golden joint will usher in a golden moment in the history of Indian Railways and will become a golden chapter in the history of Jammu and Kashmir. Construction engineering was completely done by Indian engineers which makes the Chenab Railway Bridge a symbol of Atmanirbhar Bharat,” Giridhar added.

“We received tremendous support for any technical issue, approval for drawings, method statements, and most importantly, both NR and KRCL played an important role in generating local employment. KRCL constructed all the access roads to the project site. These roads have provided connectivity to far-flung villages in the region, ” Giridhar said.

“The Northern Railways allowed us to use the Phased Array Ultrasonic Testing Machine for inspection of welds. This was done for the first time in India,” he added.

The fabrication was carried out in workshops set up at both ends of the bridge. The heavy and bulky segments were transported to the launching pad with the help of SPMT, specialised modular trailer. “Considering the treacherous hilly terrain, a temporary launching platform with a segment lifting capacity of 120 MT & for a height of about 39m was designed. We developed and implemented several innovative methods to overcome the challenges of the hilly terrain for successfully executing our launching activities,” Giridhar said.

For the first time in India, a fully equipped NABL laboratory was set up to ensure that quality was being monitored at every stage of the project. “The Northern Railways supported us in setting up the NABL lab at the site for conducting weld sample tests. This saved a lot of time,” he added.

With KRCL’s support, the mock-up of all main bridge components could be carried out before executing the original work which gave confidence to the engineers. This was super critical in ensuring the quality and safety of staff and workers.