Here’s why 150-year-old Carnac Bridge has to go

Joints, columns, bearings, almost every part of the structure are corroded or cracked; the bridge should have been demolished long ago, as per IIT-B study 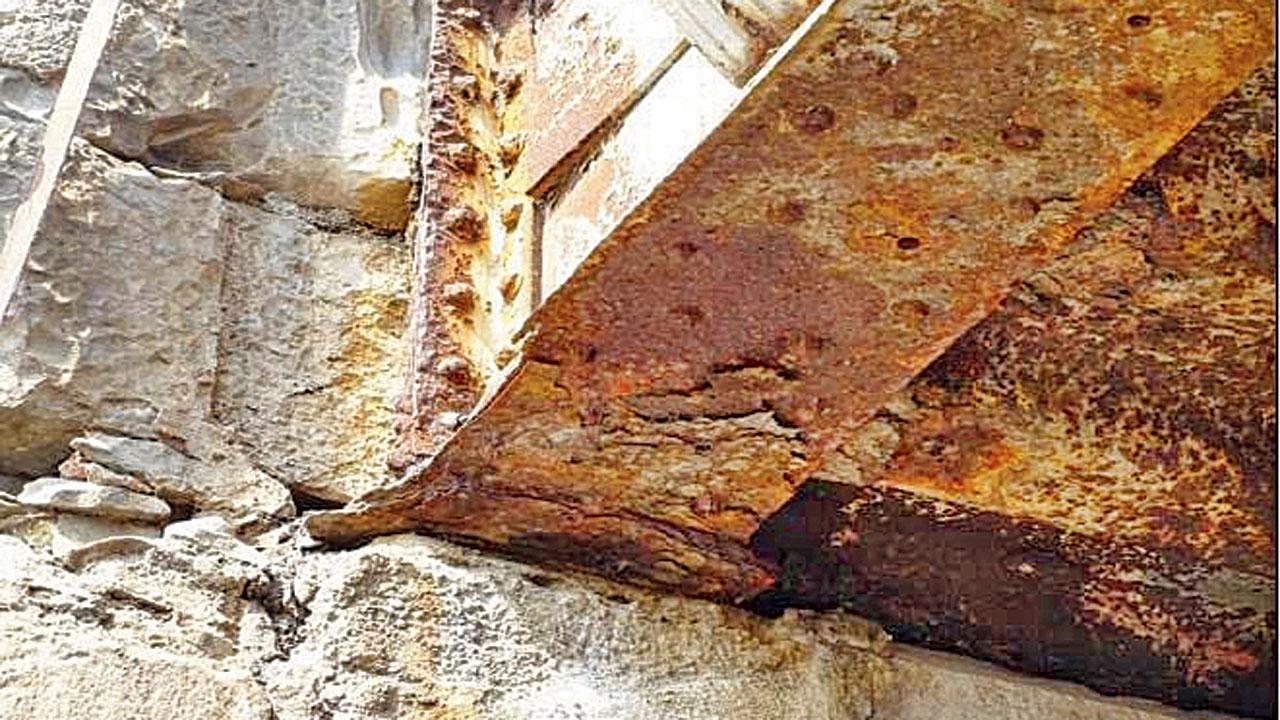 
With the opening of Hancock Bridge at Sandhurst Road, the BMC and the railways are now set to demolish the Carnac Bunder bridge, which is over 150 years old. Does it really need to go or can it be salvaged? mid-day accessed the IIT-Bombay report and found out that the bridge is in derelict condition. Almost all parts of the structure are either corroded or have developed cracks. The Indian Institute of Bombay’s report had recommended shutting down the bridge immediately. Now, the bridge has been closed for traffic and its demolition will begin soon, said officials. Officials in railways said they have asked the traffic police to issue the no-objection certificate for starting the demolition work. 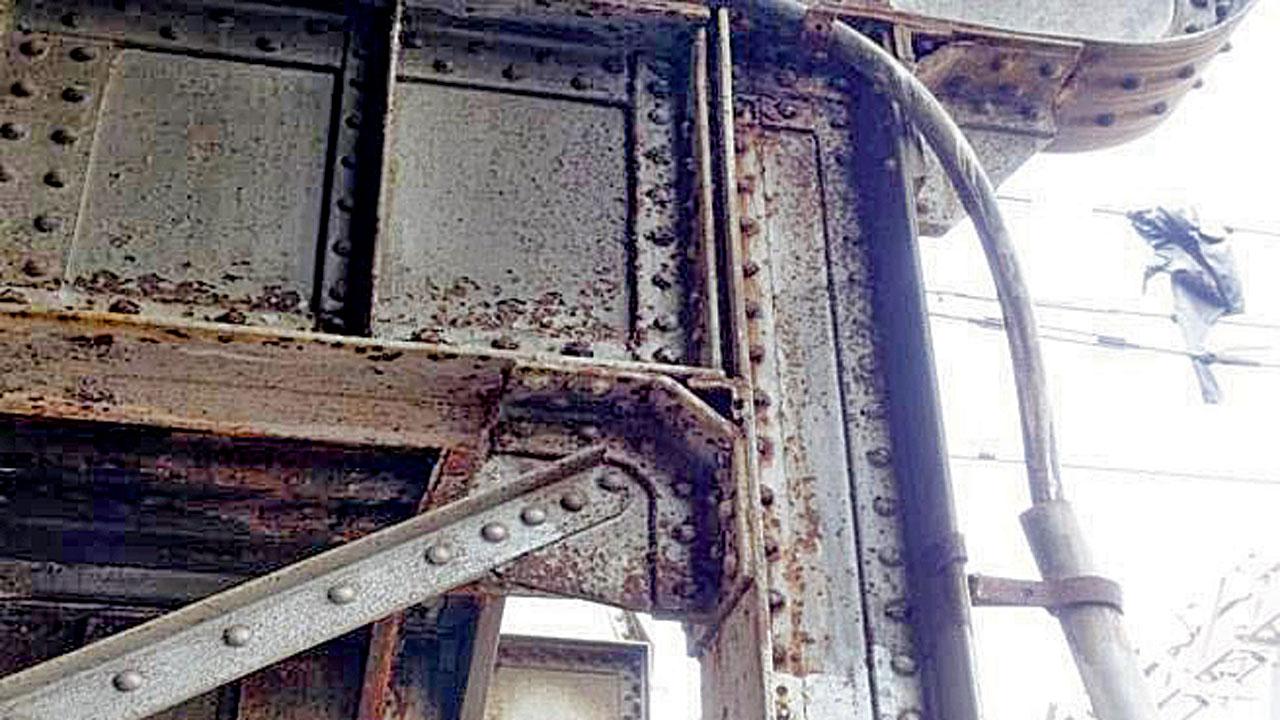 After the bridge was flagged as “dangerous” by IIT-B in its audit a few years ago, with recommendations of immediate closure as it had become a danger for the busy rail traffic passing below, the traffic police barred heavy vehicles on it. Despite several pleas by railways, the BMC and the traffic police delayed shutting down the bridge completely until the Hancock Bridge was opened last week. 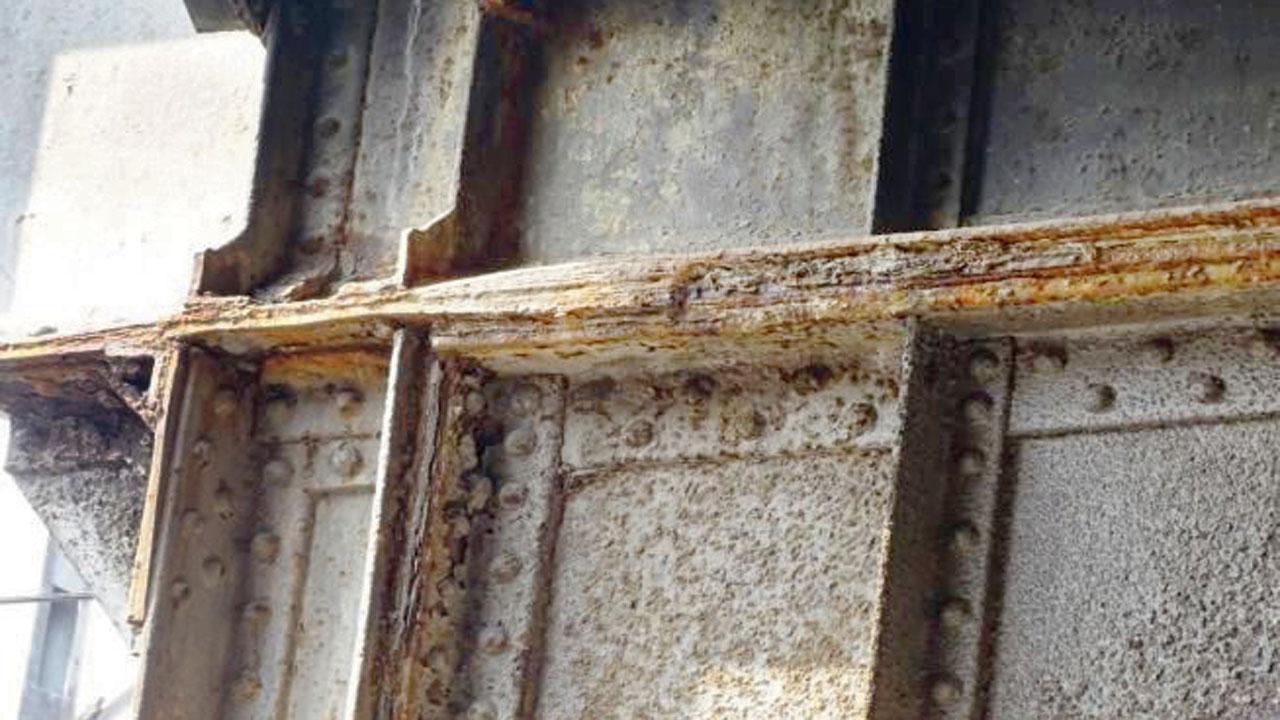 >> Vegetation growth is observed in stone masonry
>> Pointing eroded from stone masonry joints
>> Bed block has cracks and honeycombing is observed on concrete surface
>> Pedestals on columns are cracked and damaged
>> Columns, bracings, gussets and brackets are heavily corroded and pitted
>> Top beams are corroded, pitted and loss of section has been observed
>> Steel plate bearings are crushed 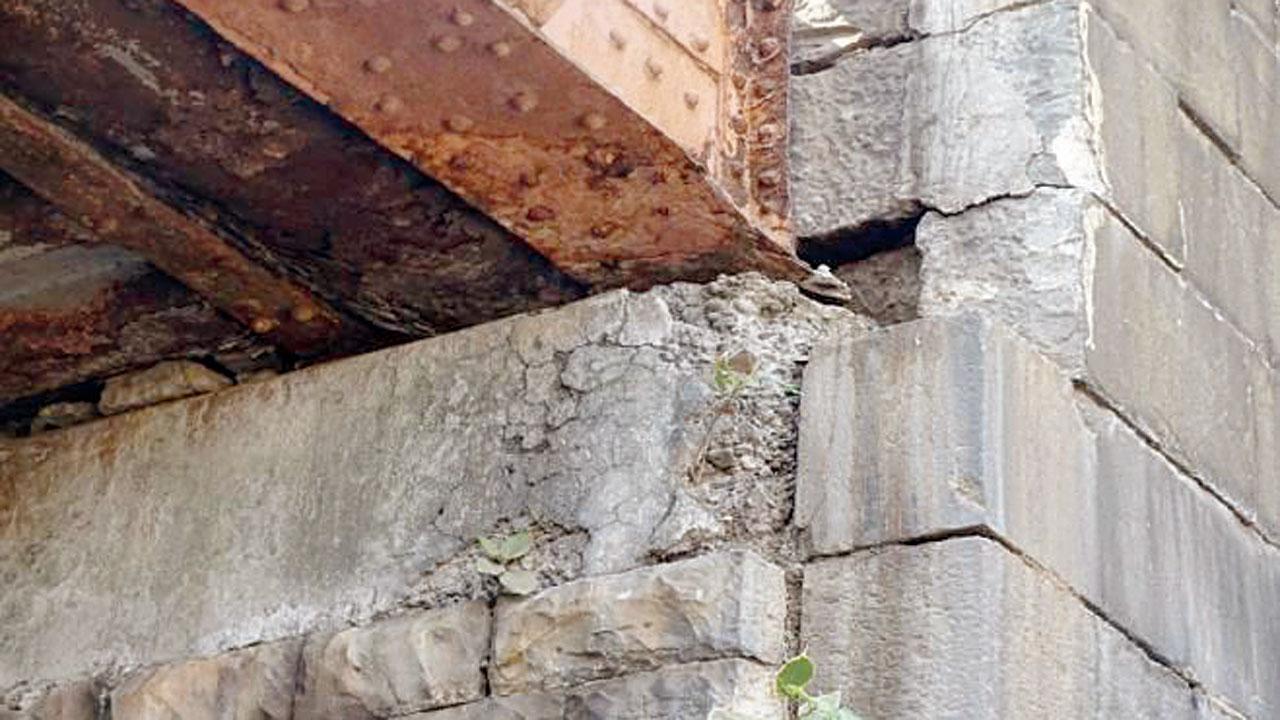 The bridge’s history and relics

The bridge has very important markings in three languages, Hindi Gujarati and English, with the digits 1868 and name of the bridge carved on plaques on all its four sides. It was built by ‘Bhau’, Indian entrepreneur Laxman Harishchandra Ajinkya, in the 1860s when he was constructing one of the first wharf and basins of Bombay along the eastern shore. A wharf by his name, Bhaucha Dhakka off Mazagon, is still famous. The railways said they would explore the possibility of embedding the old plaques into the new bridge design or bring those to the heritage galleries.

1860s
The decade when the bridge was built