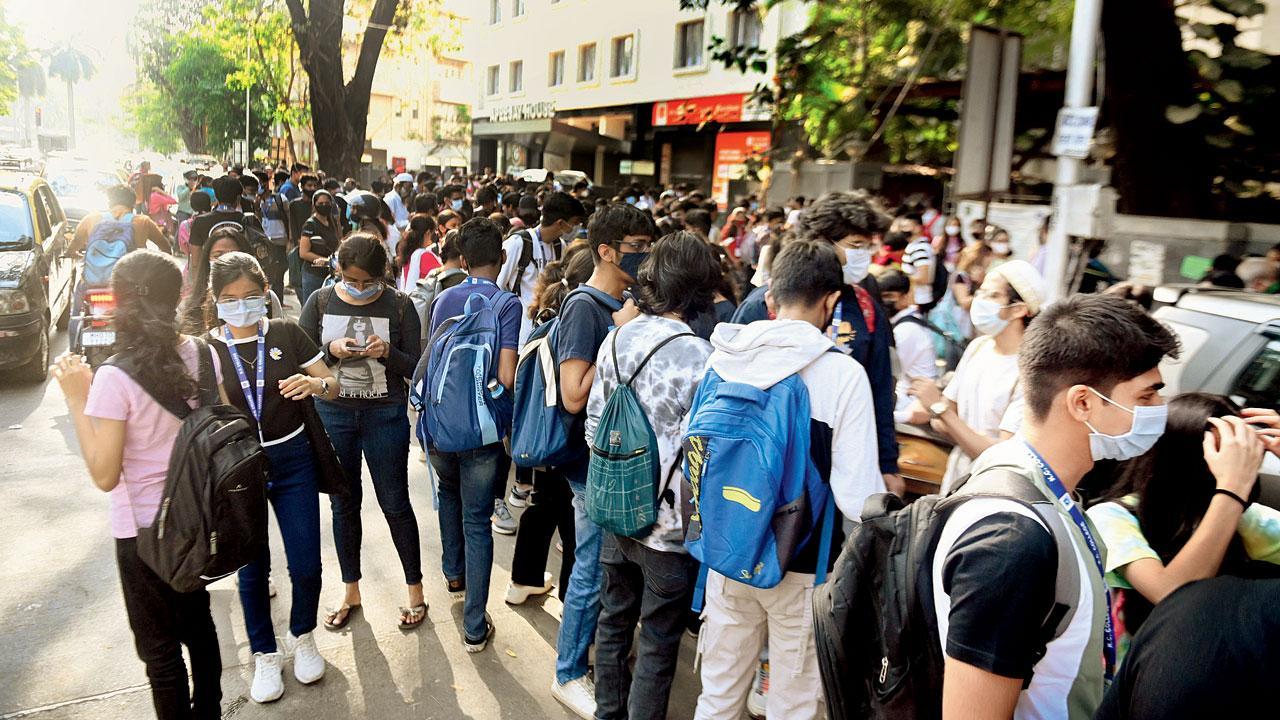 
A total of 46,807 students across streams secured first-year junior college admissions on Thursday, less than 24 hours after the release of the first merit list. Of the 3,71,275 seats in 1,015 colleges across Mumbai and the Mumbai Metropolitan Region this year, 1,39,745 are quota seats—in-house, minority and management. Over 19,000 students have already secured admissions under the reserved category.

As per data shared by the Maharashtra School Education and Sports Department, 2,83,704 students have applied for FYJC admission this year in colleges in Mumbai, Thane, Navi Mumbai, Mira-Bhayander, Vasai-Virar, and Kalyan-Dombivli, Ulhasnagar, Bhiwandi and Panvel.

Of the 46,807 students who have secured admission so far, 31,878 are from the SSC board. “As many as 61,716 students were allotted seats as per their first preference. Of these, 15,129 have successfully secured admissions whereas 4,658 are yet to report. So far, we have got only 11 cancellations,” said an official from the school education department.

“The admission process and confirmation of admission for those who have been assigned colleges in the first list will go on till August 6,” said Director of Education Mahesh Palkar.  Students who have been assigned seats in their first choice college on Wednesday must confirm their enrollment by August 6. Candidates that fail to do so will be eliminated from the next round.

“The candidates who are unhappy with the colleges they have been allotted in the first list can wait for the second list to be released. Our department will conduct a tally of those who have already been admitted into colleges and then release the second merit list around August 9,” added Palkar.

According to authorities from the office of the deputy director of school education, institutions will confront an issue with unfilled seats after the admissions process is completed. “There are a lot of duplications in the applications for CAP and quota admissions. Furthermore, candidates who applied for vocational education [at ITIs] and polytechnic courses may end up not taking admissions in junior colleges at all or cancelling them afterwards,” added the official.

Meanwhile, the college-wise list shows that the cut-off marks for FYJC admission have dwindled as first merit lists have settled for less than usual. It can be partly attributed to the offline Class X exams, which were conducted after a gap of two years, said officials. Some of the colleges have reported a dip in cut-off marks between 3 and 7 per cent across all streams. Colleges say the demand for science is slightly declining as compared to commerce.