Thackeray’s final message as the chief minister came immediately after the Supreme Court refused to stay the trust vote, which the governor had asked to be held on Thursday. The Sena challenged the instruction, but in vain 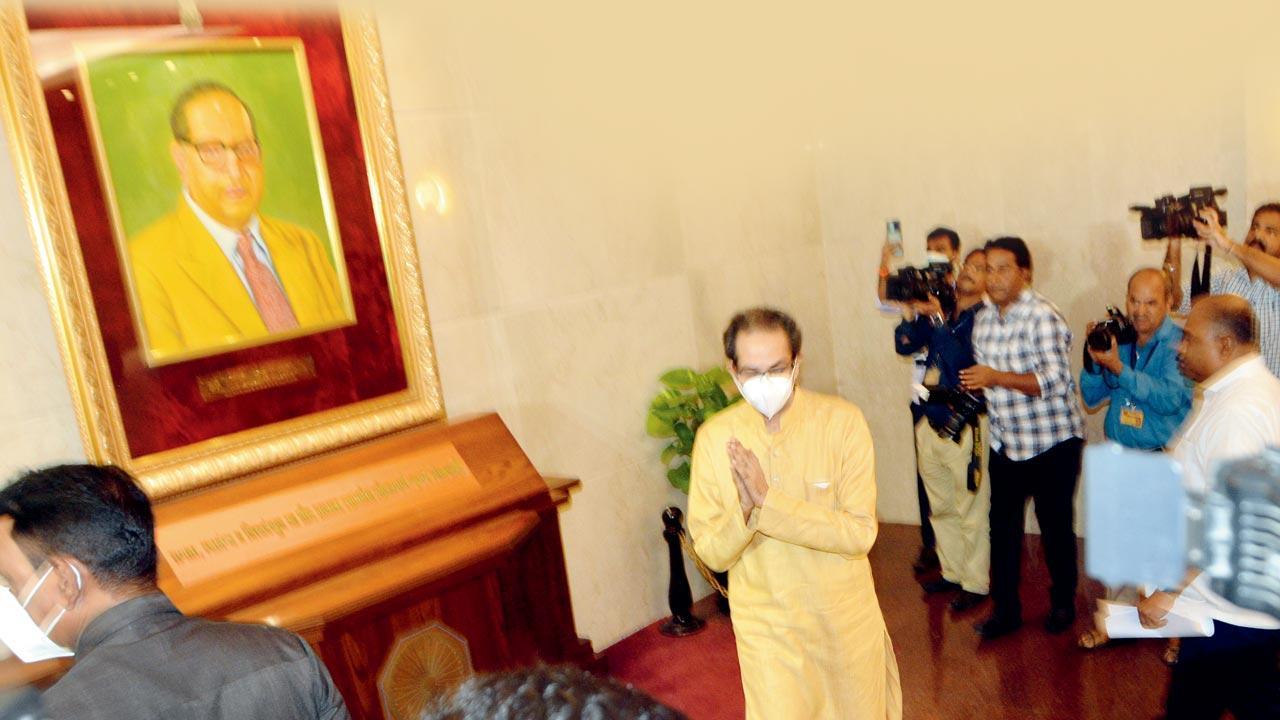 
Uddhav Thackeray set his crown down before it could be handed over to the other side, after the expected floor test on Thursday. Announcing his resignation as the state chief minister, Thackeray said he was going out, but not fading away. He said he would give the Shiv Sena a new shine.

Thackeray’s final message as the chief minister came immediately after the Supreme Court refused to stay the trust vote, which the governor had asked to be held on Thursday. The Sena challenged the instruction, but in vain.

In his last speech as the CM, Thackeray resigned as a member of the upper House. Henceforth, he would focus on infusing fresh blood into the Sena and rebuild it to meet challenges, he said. 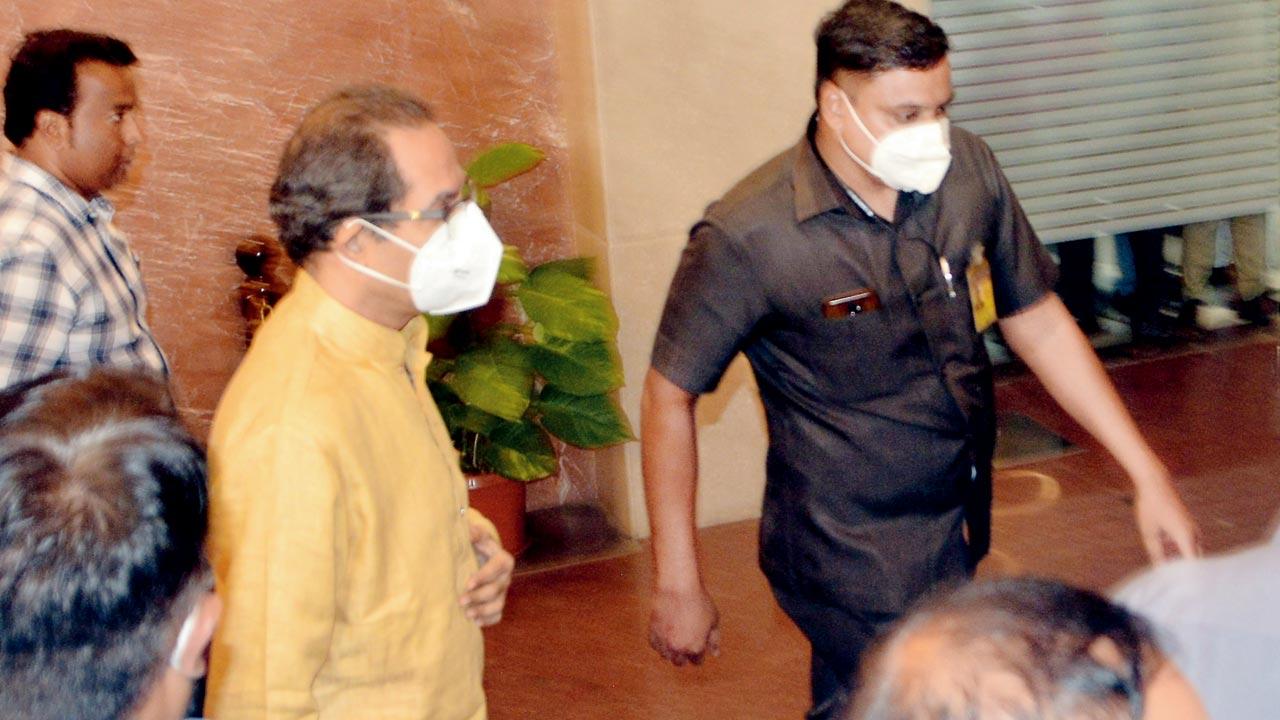 In an apparent jibe at the governor, he said, “I thank the governor for respecting democracy by asking to hold a floor test immediately after the Opposition petitioned him. Democracy must be followed. I wish the governor would clear the recommendations our government had made for the nomination of 12 MLCs.”

Thackeray appealed to the party workers to not block the rebel MLAs who are expected to land in the city amid high security provided by the CRPF. “CRPF is here. They may call the military as well and expose the borders to China,” he taunted the BJP. “Let them celebrate the birth of democracy. Don’t be part of the bloodbath in the streets.”

The Sena president said he was not interested in counting heads on the floor of the House. “Heads are not to be counted, but used. I will quit even if one party person goes against me. I don’t want to play that game and hang my head in shame.”

Also Read: Security beefed up at Goa airport and hotel ahead of arrival of rebel Shiv Sena MLAs

Not greedy for power

He said the party workers should allow the betrayers to earn punya for pulling Balasaheb Thackeray’s son down. “They will invoke Balasaheb’s name. Let them enjoy and be happy. My family and I are not greedy for power. We will keep fighting for Marathi manoos and Hindus.”

After staying away from home for nine days, the rebel Shiv Sena, who had moved to Guwahati from Surat, returned to Goa on Wednesday. They were to return to Mumbai in case of a floor test on Thursday, though there is now no need for the floor test after the fall of the Maha Vikas Aghadi government. A breakaway group led by Thane’s Sena strongman Eknath Shinde first moved to Surat, setting off a dramatic sequence of events. Shinde and his supporters were then taken to Guwahati, while more ministers from Uddhav’s side ditched him to head for Assam. The drama unfolded after the MVA suffered a setback in Maharashtra Legislative Council polls with the opposition BJP winning all the five seats it contested. The Sena and the NCP bagged two seats each and the Congress got one. Its other candidate Chandrakant Handore lost.

The Supreme Court Wednesday refused to stay Maharashtra Governor’s direction to the Uddhav Thackeray-led Maha Vikas Aghadi (MVA) government to take a floor test in the Assembly on Thursday.

A vacation bench of Justice Surya Kant and Justice J B Pardiwala said Thursday’s proceeding in the Assembly will be subject to the final outcome of Shiv Sena’s plea against Governor’s decision.

The top court also issued notice to the Secretary of Legislative Assembly & others on plea against the Governor’s direction for the floor test.

“We have drafted this short order. We are not staying the floor test as convened by the Governor. We are issuing notice in the writ petition. You can file a counter in five days. We will hear on merits along with other cases on July 11. Tomorrow’s proceeding will depend on the final outcome of this petition,” the bench said.

Devendra Fadnavis is back

I quickly put behind everything that goes against me. I move on with a new energy,”  opposition leader Devendra Fadnavis told this reporter in an informal chat barely a fortnight ago. That afternoon, he had just pulled the rug from under the MVA’s feet by keeping an additional candidate in the legislative council polls, which his party won hands down and triggered the revolt in the Shiv Sena camp.

Fadnavis did regret his early morning swearing-in with Ajit Pawar in the winter of 2019, but carried the mission of outwitting Uddhav Thackeray uninterrupted ever since. He rarely diverted from the line that said the MVA would disintegrate on its own. But he knew the decay and worked on it in the BJP’s favour. It took time, almost two and a half years, to displace Thackeray from the CM’s office and weaken his position as Shiv Sena president.

Disenchantment grew in the Sena ranks, basically the MLAs, who shared their grievance with Fadnavis, who for them was still a better option as an ally, despite the fact that the relations between the BJP and Sena had gone from bad to worse over the past two years. Fadnavis tapped the resentment, which fuelled by the BJP’s assurance of support, dented the Sena’s fort. If the Rajya Sabha election was the first strong message, the second, a bigger one, came in the Legislative Council polls.

The final act began as the Council results dripped out. Mutiny took off under the vast wings of the BJP. Guided by his high command, Fadnavis played the perfect partner in causing Thackeray’s fall. Fadnavis and his party high command’s strategy worked. After the 2019 failure, it is resurrection for the ex-CM, said one of his close associates.