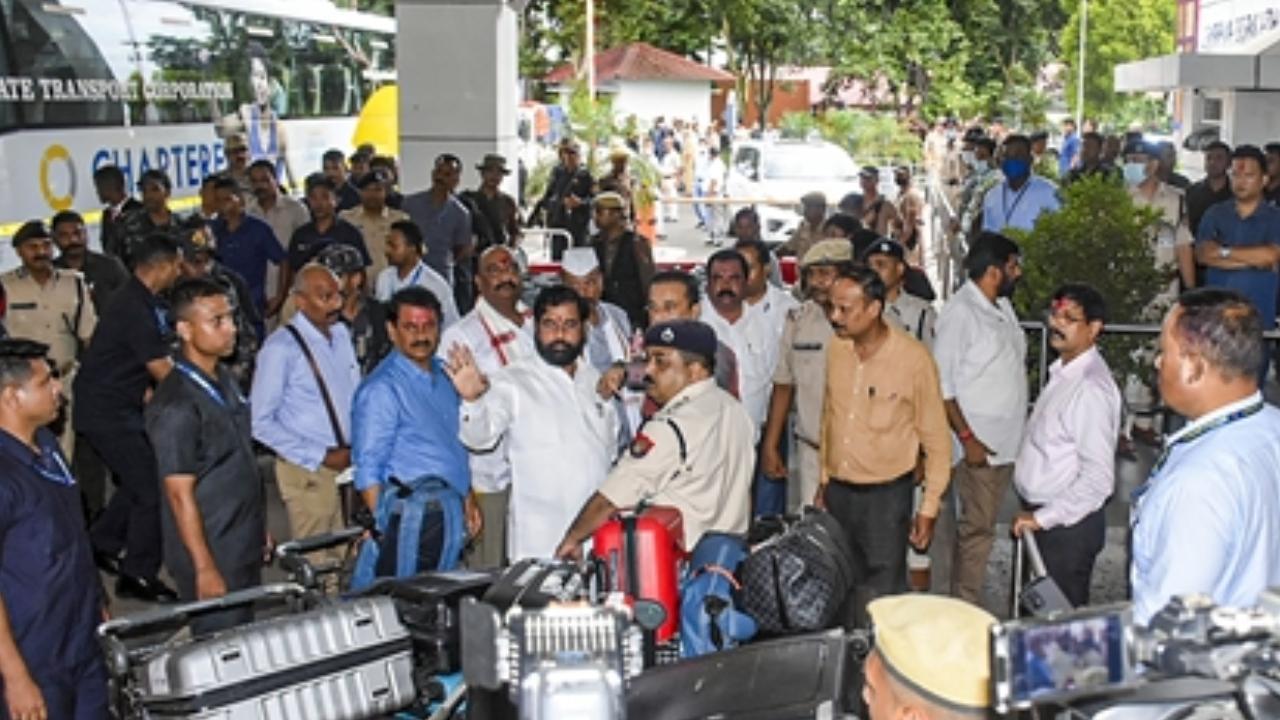 Shinde and other rebel MLAs, who arrived in Goa on Wednesday night from Guwahati, stayed at a resort at Dona Paula near here. While other MLAs continued to be at the resort, Shinde stepped out amid a tight police security around 12.20 pm.

“I am going to Mumbai to meet the Maharashtra Governor. All other MLAs are staying in Goa at present,” Shinde told reporters outside the resort.

Party sources said that Shinde is also likely to meet senior BJP leader Devendra Fadnavis, who is expected to make a comeback as chief minister.

On Wednesday night, Uddhav Thackeray resigned as Maharashtra chief minister, which paved the way for the return of the BJP to power. The rebel Shiv Sena MLAs led by Shinde are likely to support the BJP to form a government.

Share
Facebook
Twitter
Pinterest
WhatsApp
Previous articleDay after Uddhav’s resignation, BJP to hold meetings in Mumbai to decide next course of action
Next articlePublic support received by BSP will translate into votes: Mayawati on Azamgarh bypoll