The BMC has received criticism from users, particularly two-wheeler riders, within a week of its launch 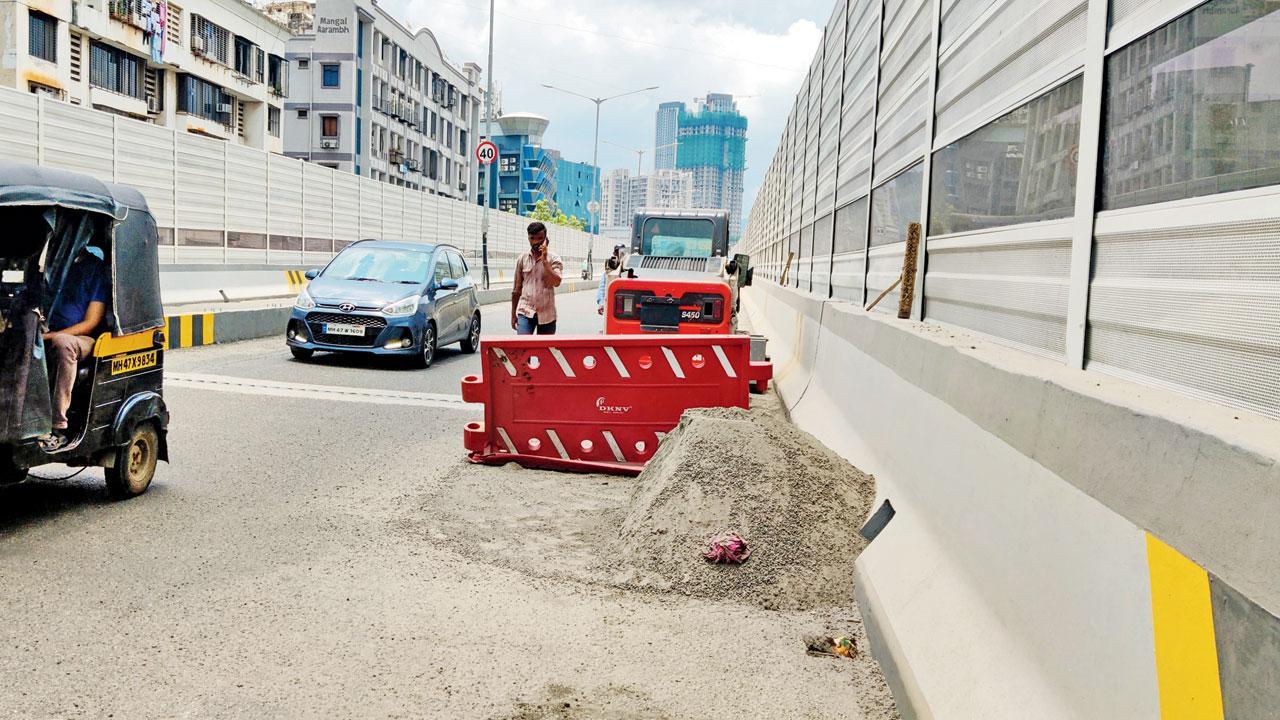 Workers of the BMC’s contractor remove grit from the flyover at Kora Kendra, Borivli. Pics/Nimesh Dave


First it was the steep slope, and now it’s the grit meant to improve friction and the rumble strips on the Kora Kendra flyover that is making the newly inaugurated bridge accident-prone, according to commuters. The BMC has received criticism from users, particularly two-wheeler riders, within a week of its launch.

The Brihanmumbai Municipal Corporation spread a layer of tiny stones and sand on the Borivli flyover for higher friction, after accidents on the flyover on Ghatkopar-Mankhurd Link Road because of its smoothness. However, the move backfired, as the commuters have complained about the ‘worn out’ road surface.

Washed away in the rain, the grit has become loose, making the surface uneven, turning the flyover into an accident-prone zone, complained commuters. One of them, Yash Kahvilkar, told mid-day, “There is a clear chance of vehicles slipping because of tiny stones scattered on the flyover. Authorities should be aware of the issues. How can this stone come out in a few spells of rain?” 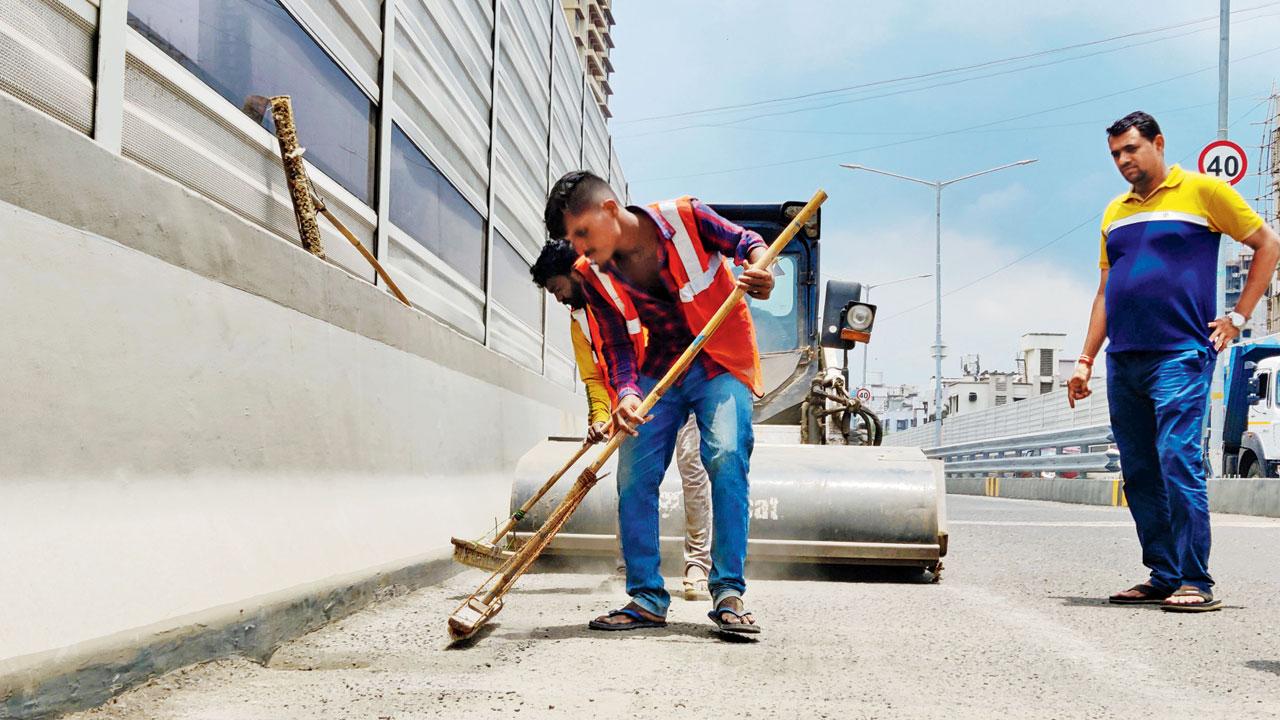 Defending the move, BMC’s Bridges department chief engineer Satish Thosar said, “These are fine stones that are coming off from the surface of the bridge. This stone is used to make a smooth surface coarse.” He added that the civic body was taking precautionary measures in view of the washing away of grit. Some motorists have even complained about ongoing work. An official said, “As the safety wall is small in height, we are putting barriers on it.”

Ranjan Chemte, another commuter, said, “The BMC has also installed rumble strips on the landing of the bridge. The purpose of the strips is to slow down the vehicular movement. However, these are very dangerous for two-wheeler riders, especially in the monsoon, as one may skid because of the strips.”

Transport expert Sudhir Badami said the rumble strips should not be placed on the slope, but a few meters ahead, so that the speed of the vehicles is limited. The rumble strips make trouble for motorists, he added. This bridge was open for traffic last week, to ease traffic during monsoon.

Defects on the bridge

>> Rumble strips installed on the spot where the bridge descends: it creates trouble particularly for two-wheeler riders
>> Loose grit on the new flyover makes it skid-prone
>> The low height of safety walls
>> Ongoing work on some stretch leading to traffic jams