No one should use Balasaheb Thackeray’s name, says Uddhav Thackeray 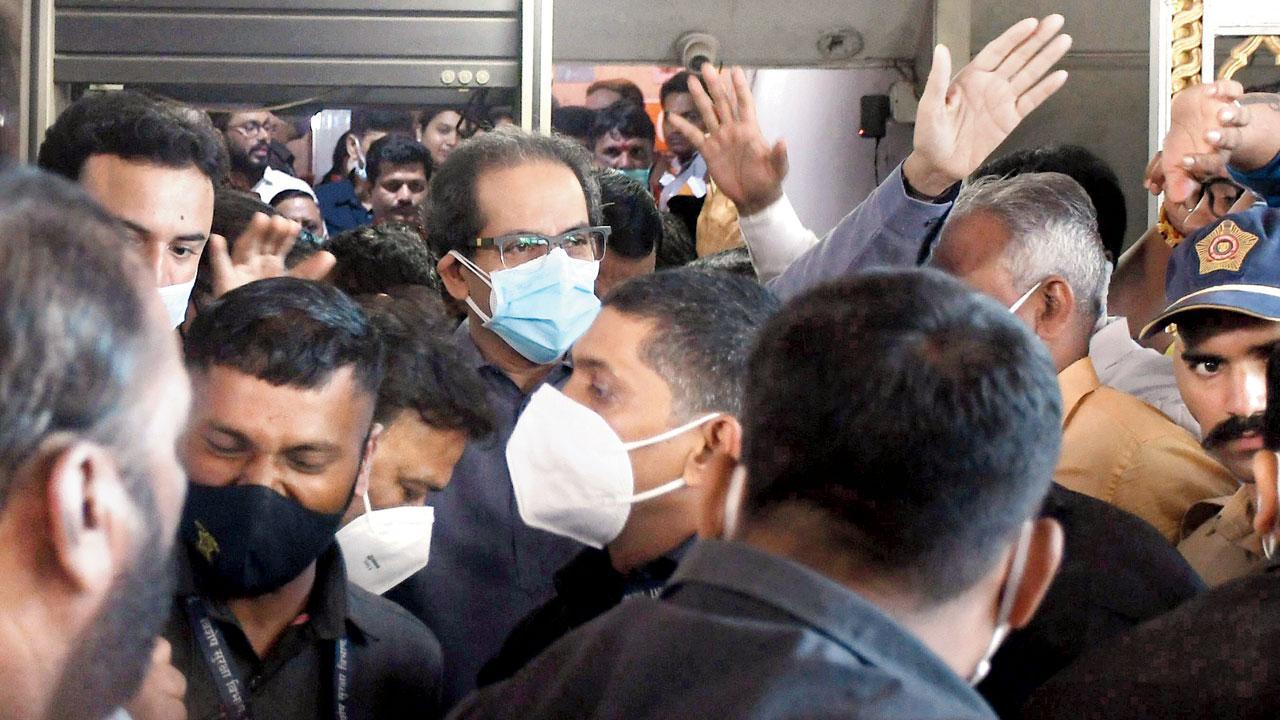 
Hundreds of Shiv Sena party workers from various parts of Mumbai gathered outside Shiv Sena Bhavan to extend their support to CM Uddhav Thackeray, who arrived at the party’s headquarters on Saturday afternoon. As soon as Thackeray arrived, party workers were seen shouting slogans, rooting for him. The meeting, which was attended by senior Sena leaders who are a part of the national executive, was earlier going to take place online.

During the meeting, an important resolution was passed, which stated that no one would be allowed to use Balasaheb Thackeray’s name, in full or part, to form a new group. The development came after the Eknath Shinde camp said that they would call their faction, Shiv Sena Balasaheb. Five other resolutions were passed during the meeting. 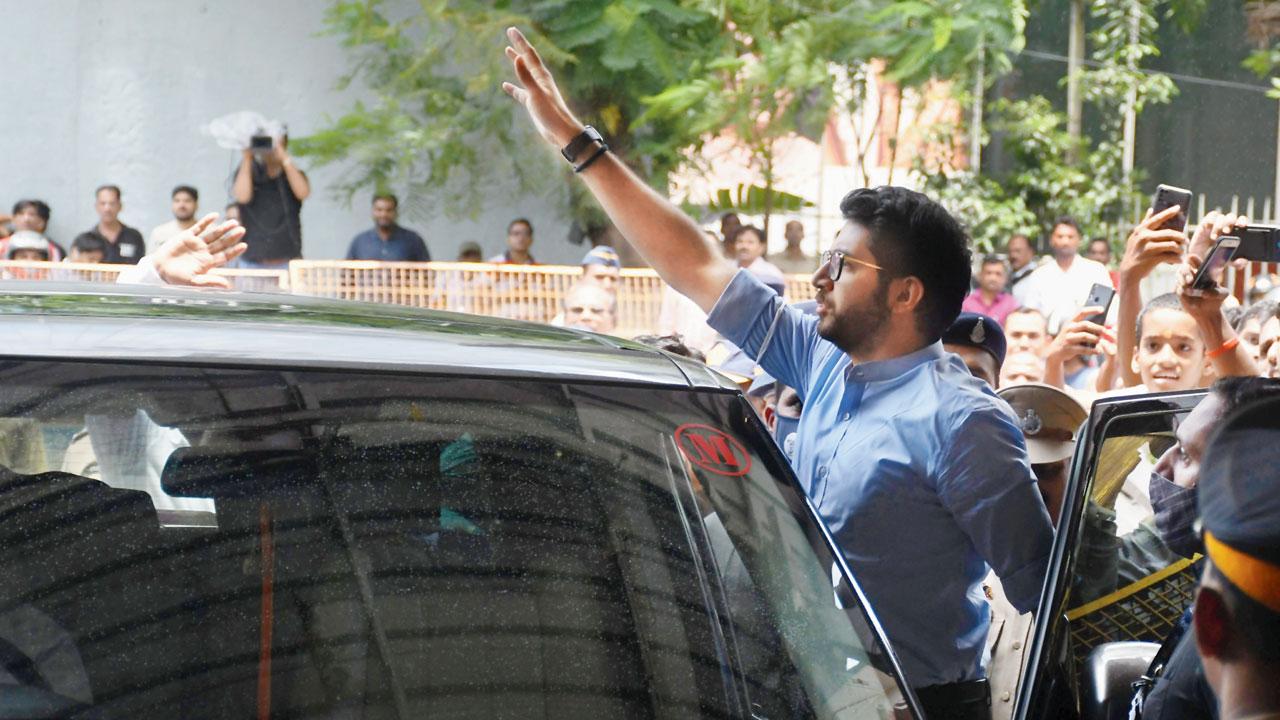 Addressing party leaders during the national executive committee meeting in the Shiv Sena Bhavan, Thackeray said, “Some people are asking me to say something but I’ve already said that they [rebel MLAs] can do whatever they want to do, I won’t interfere in their matters. They can take their own decision, but no one should use Balasaheb Thackeray’s name.” The Chief Minister left the Shiv Sena Bhavan with his son, state minister Aaditya Thackeray, around 3.30 pm. 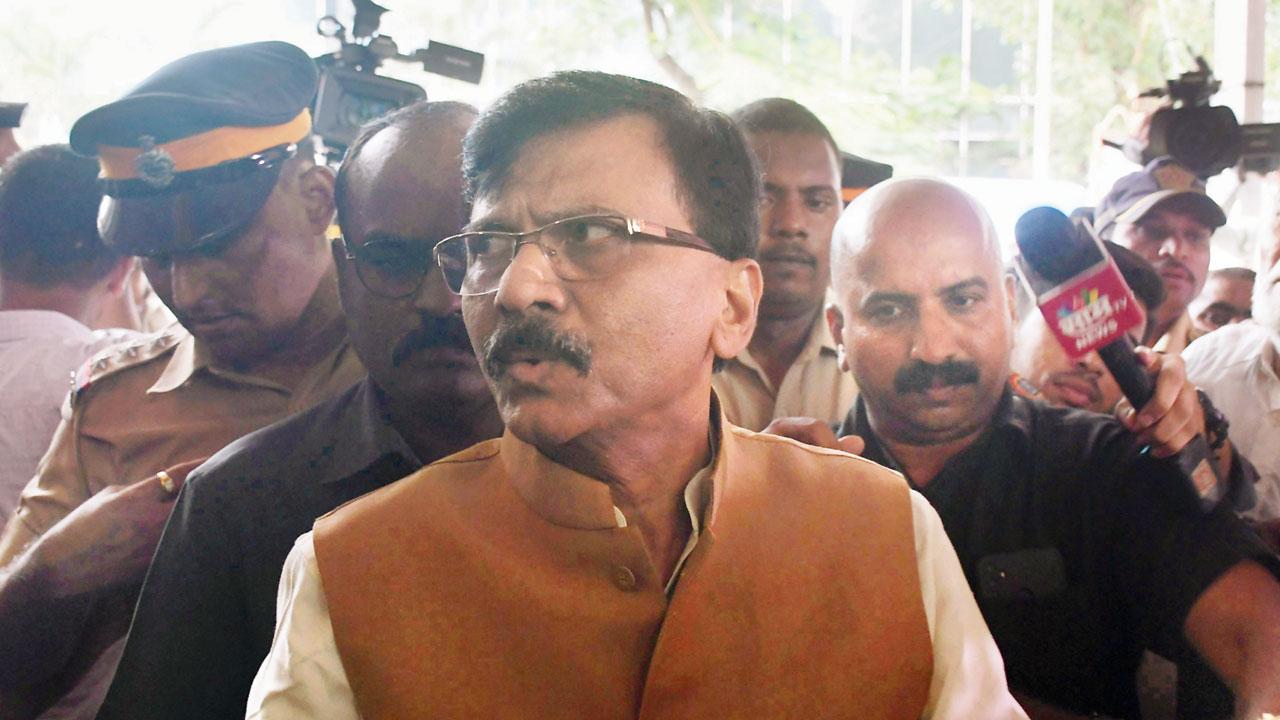 Addressing the media after the meeting, Shiv Sena leader Sanjay Raut said, “We have passed six resolutions and have decided Shiv Sena will follow the Hindutva ideology of Balasaheb Thackeray and won’t compromise with the ideology of a united Maharashtra. Strict action will be taken against those who have betrayed the party. We will take legal action against those who have used Balasaheb Thackeray’s name for their self-centred politics. Those who have left can’t use our patriarch’s name… Ask for votes in the name of your father. Maha Vikas Aghadi is united,” he added.

Shiv Sena Shakha Pramukh Sudhakar Ahire from Versova said, “The supporters gathered outside Shiv Sena Bhavan prove that there is only one supreme leader in our party and we will stand with him at any cost. Those rebel MLAs in the Eknath Shinde camp should look back in history and see how the political career of those who left the party has ended. All the rebels should understand one thing that whatever they are today is because of Balasaheb, the party and Uddhavji and they won’t get re-elected without the party.” 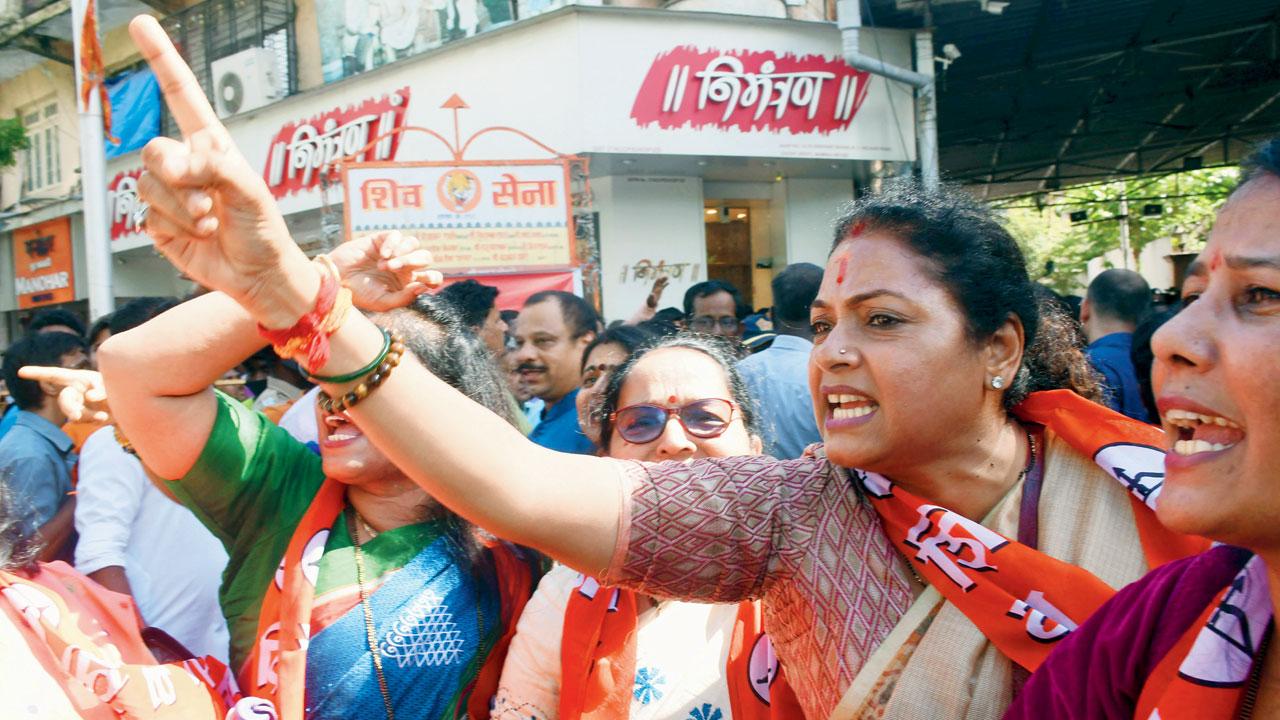 Another Shiv Sainik, who had come to show his support, said, “Eknath Shinde who caused the rebellion and split within the party should understand that whatever he is today is because of Shiv Sena. It was Uddhavji who made him minister and now he claims that things are not good in the party. All those who have stabbed the party will have to pay the price in the coming elections.”