Activists, commuters say cheaper housing pushing people to the MMR and travel to city for work 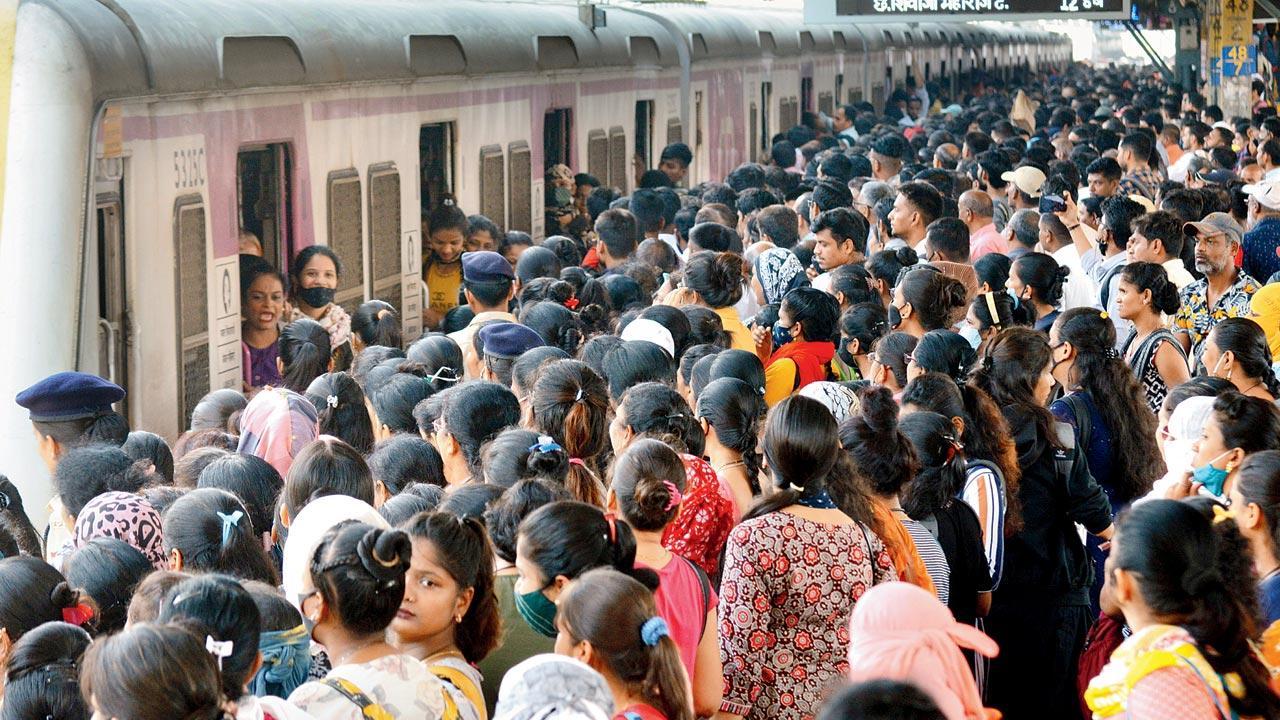 A crowd of commuters at Dombivli station on April 16. Pic/Satej Shinde


There has been a burst of crowds on the city’s suburban rail network lately, and Mumbai locals are not about Mumbai anymore. Residents of Thane, Virar, Kalyan and Dombivli form the major part of commuters travelling aboard the lifeline of Mumbai.

Considering comparatively cheaper housing and growing townships around Mumbai, activists and commuters say the authorities must now focus on the Mumbai Metropolitan Region more than the city and its immediate suburbs.

According to the data from 2021-22 financial year, Thane with 5.05 crore, Virar with 4.69 crore, Kalyan with 3.91 crore and Dombivli with 3.79 crore are among the stations that catered to a high number of passengers.

In the city limits, only two stations come close to these figures—Andheri with 4 crore passengers and Borivli with 4.39 crore. These are annual figures reported at the top railway stations, with passenger categories for 2021-22.

The statistics also show sturdy ticket sales at the top stations, with Thane reporting highest at 82.29 lakh, followed by Dombivli at 69.48 lakh, Kalyan at 64.78 lakh and Virar at 57.73 lakh.

Activists and commuters said focussed development of the far-flung suburbs is the need of the hour, in addition to increased number of trains and local terminus stations beyond Kalyan and Virar.

“Mumbai is bursting at the seams and the authorities need to implement transport projects faster. It will need a consolidated effort from all stakeholders and the railways to tide over the crisis,” said Varadaraj Gopalan, an old-time commuter.

“Lower housing rate is pushing residential complexes away from the core city, though work remains in Mumbai. This leads to north-south commute and increase in daily passenger numbers in the same number of trains,” said activist N R Deshmukh.