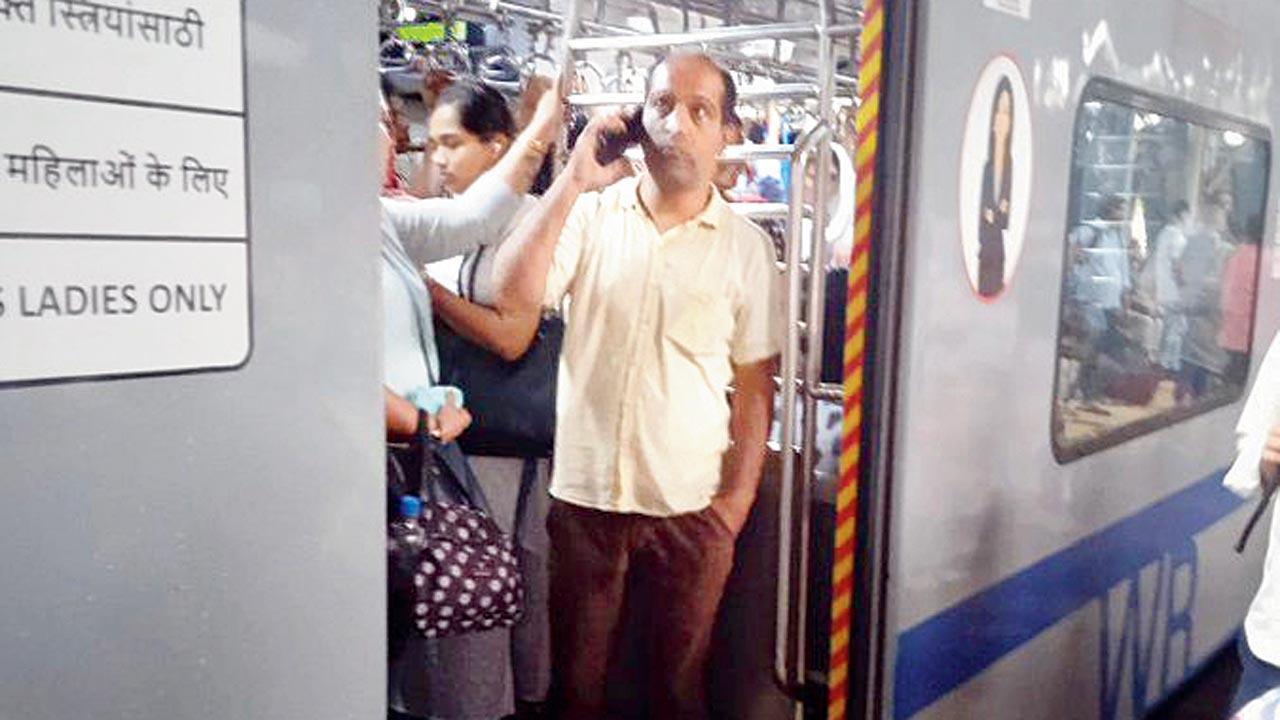 An AC local coach with a door open on Tuesday. Pic/Parvez Ansari


Users of air-conditioned locals have raised a host of complaints tied to the new-age trains and said their commute has been far from satisfactory. In the latest hurdle for the railways, miscreants blocked the door channel of an AC local coach forcing it to stay open while the train was on the move.

“We would like to bring to your notice that the 8:54 am morning peak hour AC train from Kalyan to Mumbai CSMT is habitually late, causing extreme hardship to the daily commuters who are mostly office-goers. In some compartments, water starts leaking from the vents and this is equally inconveniencing commuters… kindly put in place remedial measures,” wrote Janardan Mahajan in a petition that has also been signed by several commuters.

Sharing his experience on Tuesday, Mahajan said the train had poor cooling. “I tried to contact the 1512 helpline but it was busy. When I succeeded after 20 minutes, they asked me to contact 139. I shouted at them and they agreed to give the complaint to the nearest station manager. For emergencies, the railways should display the mobile numbers of attendants in the coaches,” he said.

Commuter activist Shyam Ubale said the AC in a train was not working at Shahad but the TC on board expressed helplessness. “It was suffocating. Can commuters claim compensation for non-functional AC in an AC local?” The complaint was addressed an hour after it was put on social media.

Central Railway’s Chief PRO Shivaji Sutar said they had taken note of the issues and will look into them.

On Western Railway, commuter Parvez Ansari said a door didn’t close at Mira Road. “A technician tried to fix it but it didn’t work, finally he stayed in the ladies’ compartment and the train started with the door open.”

WR said that the problem might have been due to “obstruction of any foreign material in door slots” and that it was fixed at Borivli. “At Churchgate, the door was again tested more than 20 times and found normal, before sending the train on another service. A detailed examination will be done at Virar car shed,” a WR spokesperson said.