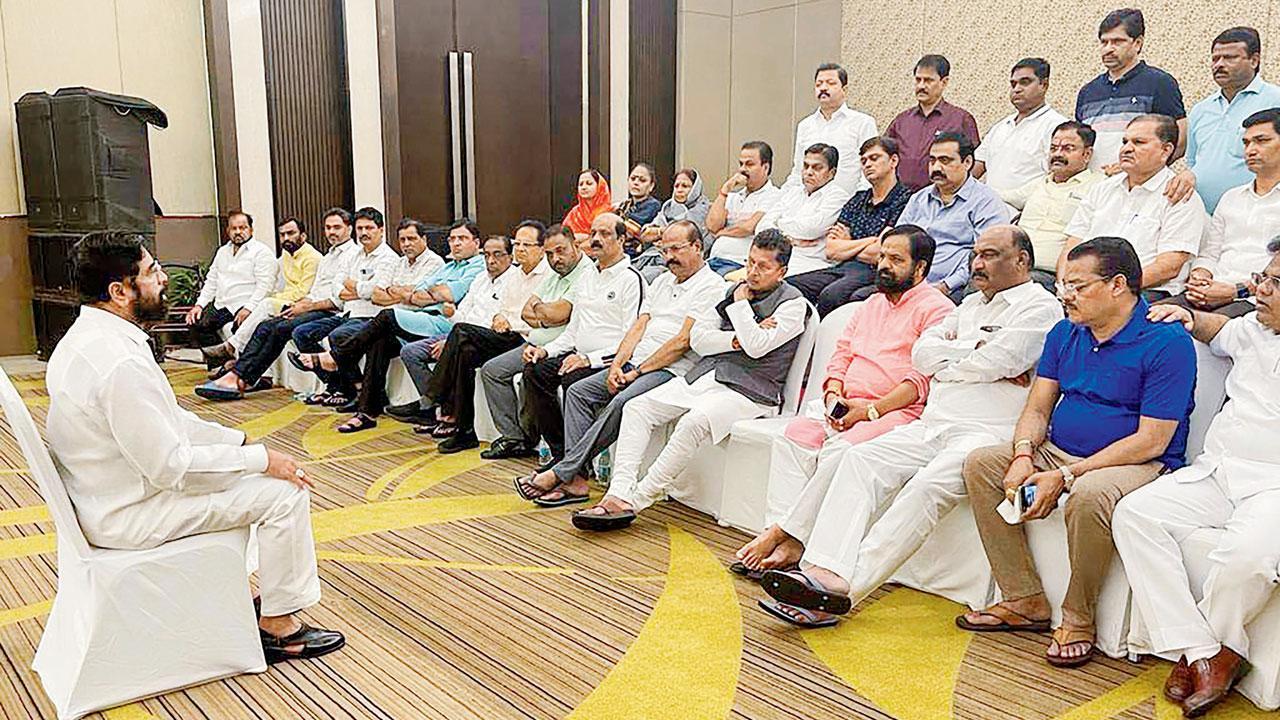 
With the Shiv Sena faction led by Maharashtra Chief Minister Uddhav Thackeray seeking cancellation of membership of several rebel MLAs, minister Eknath Shinde, who has spearheaded the revolt against the party, has claimed that the group led by him is the “real Shiv Sena”, and also hit back saying he and his supporters will not be intimidated by the disqualification threats.

In a series of tweets posted late Thursday night, Shinde who is camping in Guwahati along with 37 Sena legislators and 10 independents, said as per the 10th Schedule of the Constitution, a party whip is issued for the legislature proceedings and not for attending a meeting. The Shiv Sena led by Thackeray has sought the disqualification of 12 legislators from the Shinde camp for not attending the legislature party meeting on Wednesday.

Responding to it, Shinde said in tweets, “There are several Supreme Court decisions in this regard. Who are you trying to frighten? We understand your games and law as well. You can’t ask for action against 12 of our MLAs because we are loyal to Balasaheb Thackeray and are the real Shiv Sena and Shiv Sainiks. In fact, we demand action against you for forming a group despite having no numbers.” In the wake of his rebellion, Shinde was sacked as Shiv Sena’s group leader in the Maharashtra Legislative Assembly. The party appointed Ajay Chaudhary in his place. However, the rebel faction passed a resolution retaining Shinde as their group leader and appointed Bharat Gogawale as the chief whip in place of Sunil Prabhu. Prabhu had sent letters to the rebels, asking them to attend the legislature party meeting on Wednesday evening in Mumbai or face action under the anti-defection law.