Reportedly, a video released by Shinde’s aides on Thursday evening showed him addressing the rebel MLAs, and claiming the support of a national party 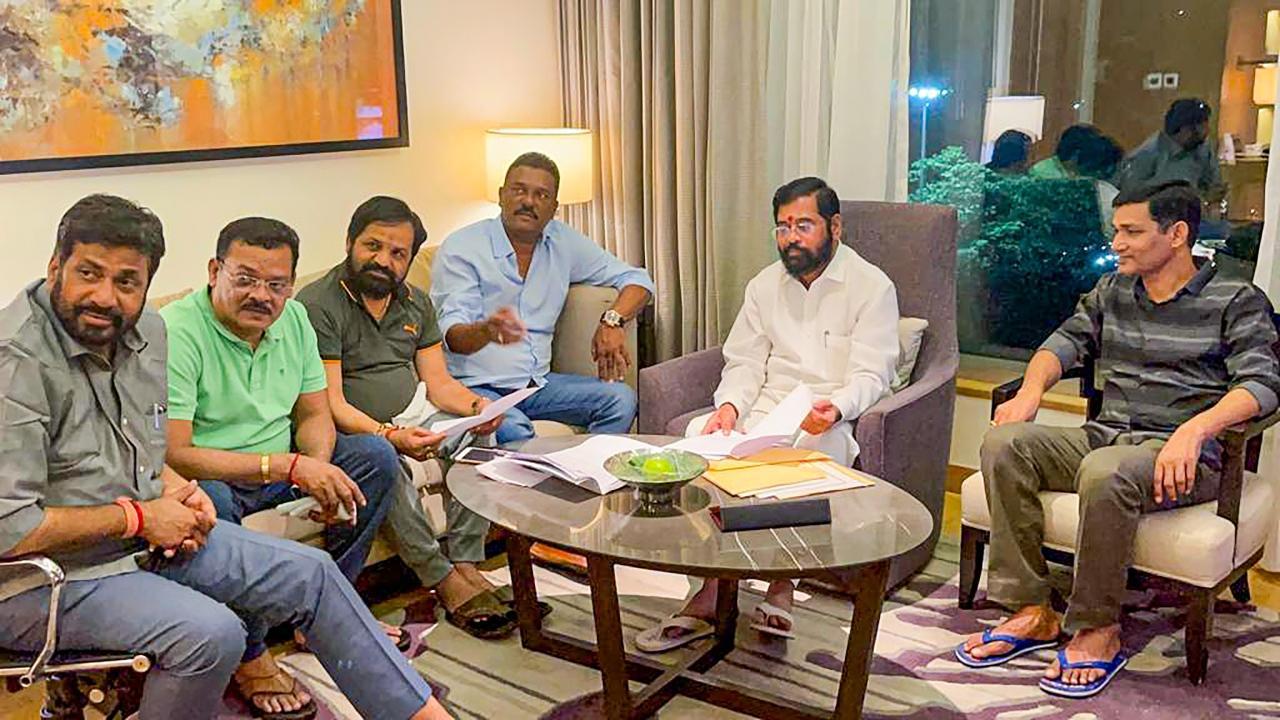 Eknath Shinde with other MLAs at a hotel in Guwahati. File Pic/ PTI

According to the PTI, When asked if BJP was backing his group, Shinde told a TV channel, When I said a big power is backing us, I meant the power of Balasaheb Thackeray and (late Shiv Sena leader) Anand Dighe.

Responding to a query on when will the political crisis in Maharashtra end, Shinde, a minister in the Uddhav Thackeray-led government in the state, said things will be clear after some time.

Out of 55 Shiv Sena MLAs, 40 have come with me to Guwahati. In a democracy, the majority and numbers count. So nobody has the right to take any action against us. Shinde said, when asked about the Sena approaching the Assembly Deputy Speaker for action against the rebel MLAs.

A video released by Shinde’s aides on Thursday evening showed him addressing the rebel MLAs, and claiming the support of a national party. He was seen saying: No matter what happens, we will win. As you said, that is a national party, a superpower. You know what happened in Pakistan, PTI reported .

Further quoting, They have told me that the decision taken by us is historic. You have all the strength of ours. If you need anything, we will not let you down. This will be experienced whenever we need any help.

Minutes later, NCP chief Sharad Pawar held a press conference in which he read out the names of national parties in the country, and asked which entity other than the BJP could be behind this.

The Maharashtra Assembly is where (the state) government’s majority will be decided after a floor test and not Guwahati (where the rebel group is camping), Pawar had said.