Mumbaikars rush to get shots amid rise in Covid-19 cases

Mumbai recorded a 24 per cent rise in first 21 days of June as compared to May; state, however, reported a 5 per cent dip during the same period 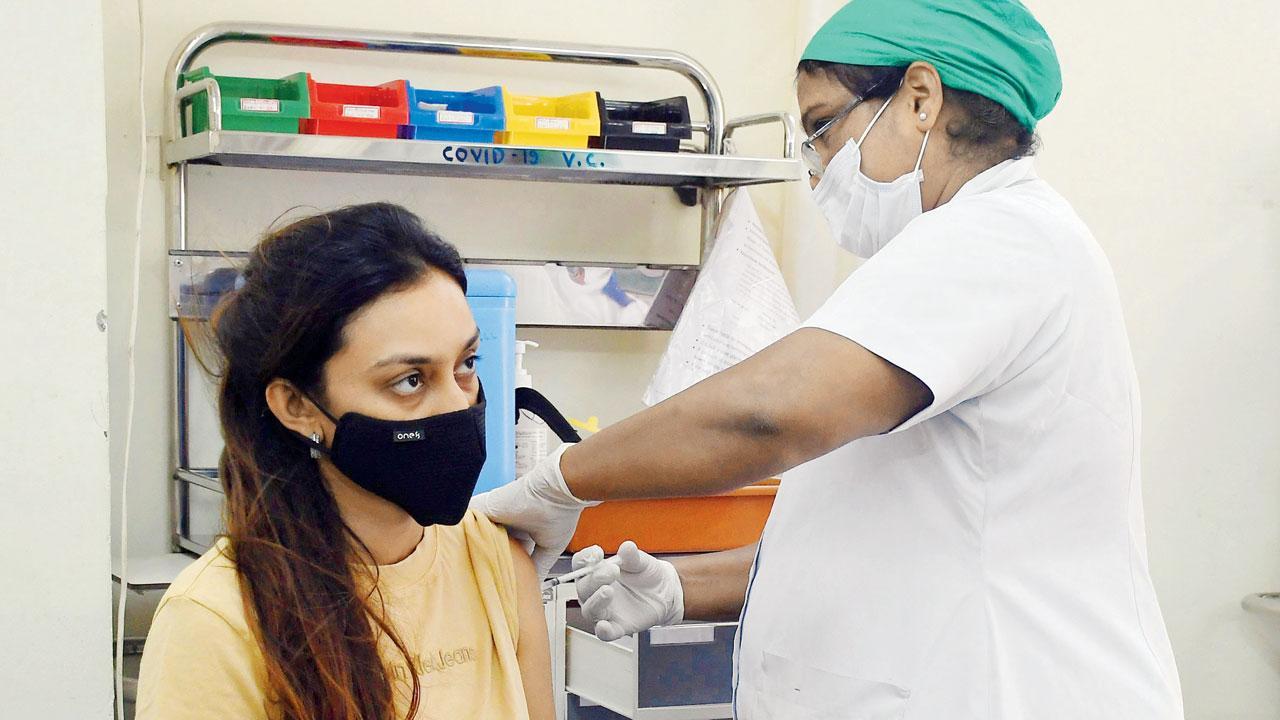 A woman gets a dose of vaccine at BYL Nair Hospital. Pic/Ashish Raje


As Covid-19 cases are going up, Mumbaikars are running to get jabs. The vaccination figures in the city went up by 24 per cent in the first 21 days of this month as compared to May. The state, however, is still lagging as compared to the figures from May.

A civic health official said, “After the third wave, there was a sharp drop in the vaccination figures. We are continuously appealing to people to take the second and precautionary dose. We are also asking parents to bring their kids for vaccination, but the response was low. But now that cases have surged, people are coming forward for vaccination.”

As per data from the Brihanmumbai Municipal Corporation, a total of 2,12,413 beneficiaries took the vaccine in May while the number increased to 2,62,720 in June (till 21st).

Dr Mangala Gomare, BMC’s executive health officer, said, “The civic health department is taking all efforts to convince citizens to take the vaccine. The cases are going up and the chance of contracting the infection is high too. So, those who are yet to take the second dose should immediately visit the nearest centre. And those who are eligible for precautionary dose, especially senior citizens, should go for it.”

“Our health workers are reaching out to the masses under the Har Ghar Dastak programme. We are also planning to conduct camps in schools and colleges,” she added.

Meanwhile, the state is still lagging in vaccination in June as compared to May. As per the state health department’s report, a total of 18,35,459 beneficiaries got vaccinated in May and the figure stood at 17,32,659 in the first 21 days of June, which is a 5 per cent decrease.

An official from the state health department said, “The figure we have is for the first 21 days and the response is good. By the end of June, we will surpass May’s overall vaccination figure.”

“Vaccine is extremely beneficial to fight against COVID-19. The lower incidence of hospitalisation is primarily because of vaccines. I would recommend that everyone take the vaccine,” said Dr Beharam Pardiwala, director of internal medicine at Wockhardt hospitals.