Massive barricades on platforms leave very little space for commuters who fear the possibility of accidents during rush hours; MVRC says precautions are being taken to ensure people’s safety 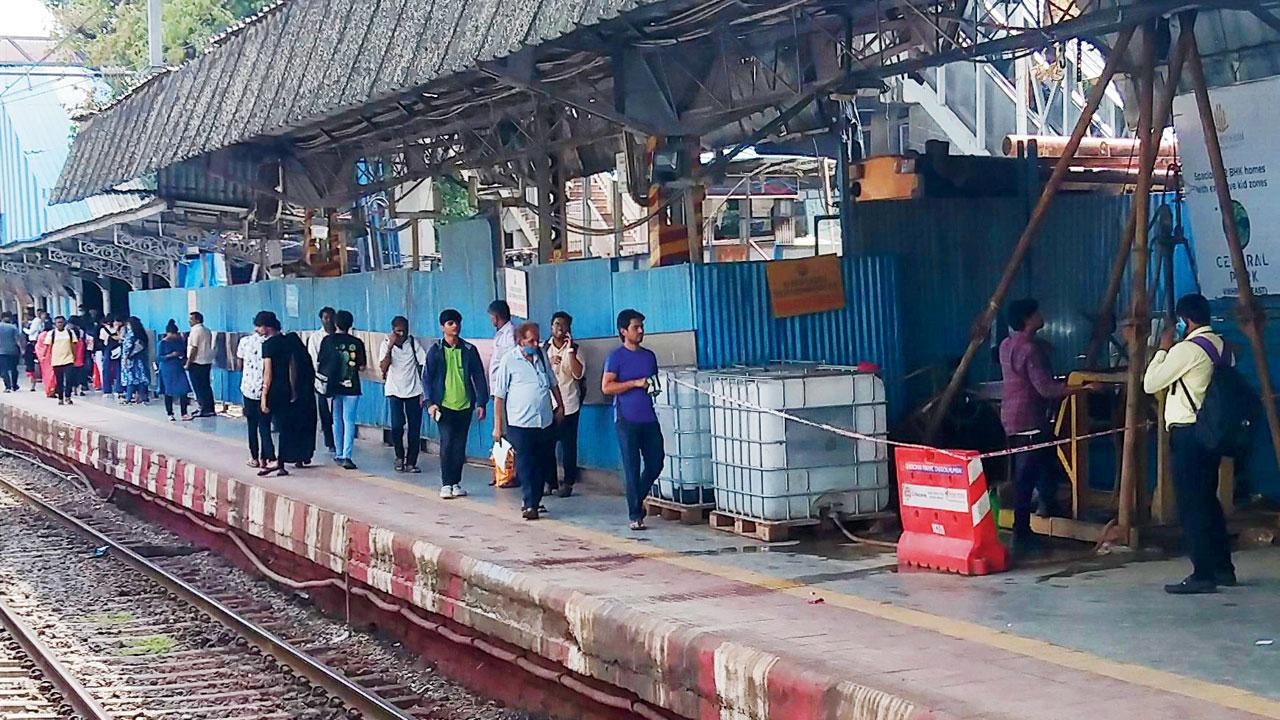 
The work to upgrade the Ghatkopar station has finally begun, but the huge equipment on the site has left a narrow space on the barricaded platforms, causing inconvenience to the commuters. Some even raised concerns about their safety during rush hours.

The Mumbai Railway Vikas Corporation (MRVC), which is implementing the project, said its officials were closely monitoring the situation. It has asked for about 40 days to complete the work on foundations, and assured to remove the barricades immediately thereafter. “The ongoing construction work at the Ghatkopar station is not only inconvenient, but dangerous and life threatening, too. So many crowds in so little space could lead to accidents when the next train arrives,” a commuter said.

Sunil Udasi, MRVC chief public relations officer, said, “Work on building foundations is expected to complete within 40 days. Once this is done, barricading will be removed completely. Piling will be completed in time and foundations will be laid in a month.” “The MRVC and the Mumbai [rail] division are supervising crowd management during peak hours and doing their best to safely execute the work without hampering train operations at this busy station,” he added.

As per the plan, Ghatkopar station that sees about 1.93 lakh commuters per day and an average footfall of about 3.87 lakh commuters daily, is now getting a massive seven-point upgrade with three new 12-meter foot bridges, all linked by an elevated deck, an additional skywalk along the road and seamless connectivity for passenger movement.