BMC’s dilapidated Mahim Mori Road school to be razed down

After mid-day highlighted BMC’s inaction towards its own dangerous school buildings, the Mahim Mori Road school will be razed soon 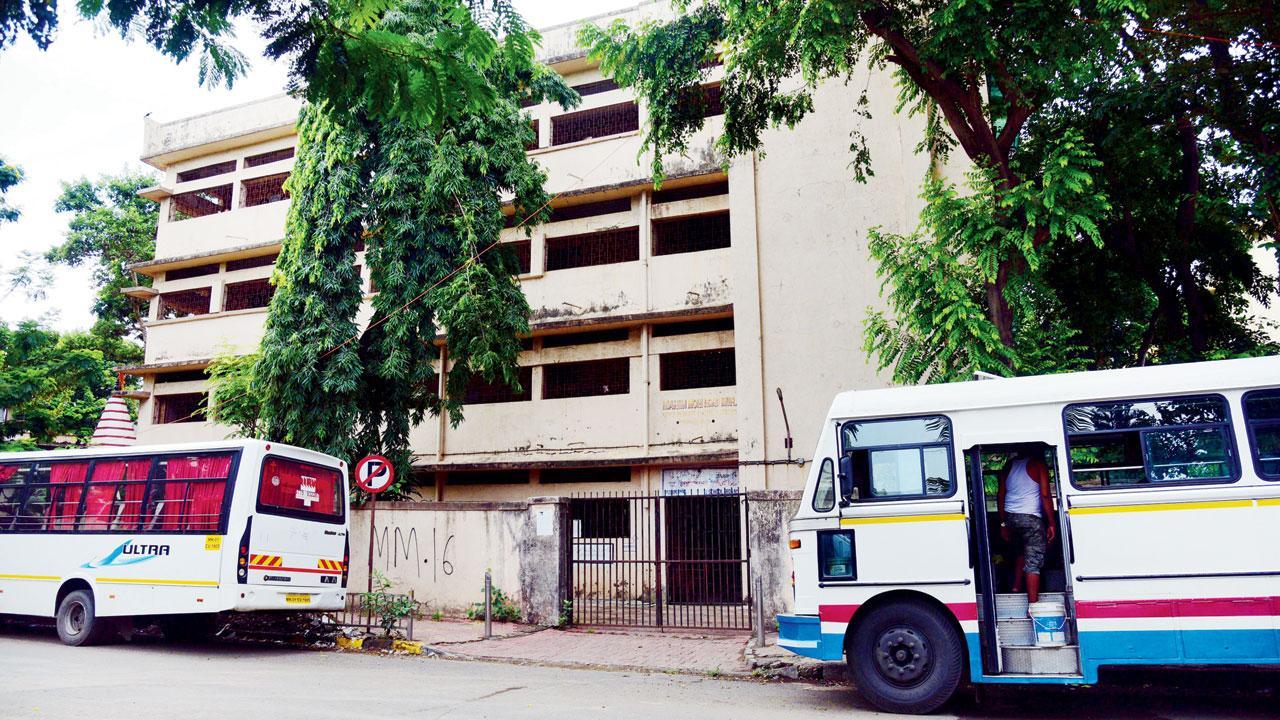 The Mahim Mori Road school is one of five on the BMC’s dilapidated schools list. Pic/Pradeep Dhivar


After mid-day highlighted how the Brihanmumbai Municipal Corporation (BMC) had failed to demolish two schools declared dangerous by it, the civic body has finalised a contractor to pull down one of them. The demolition work will start in the next 15 days and the contractor will pay Rs 14 lakh to BMC for the scrap he gets from it. Interestingly, though the Mahim Mori Road school which will be demolished is in a congested area, the BMC claims there won’t be any issue of danger to people.

The Mori Road school and Durgadevi School of Kumbharwada are two of five on BMC’s dilapidated schools’ list. As per BMC norms after a structure is declared as C1 category, it should immediately be demolished to prevent an accident. Students of both schools have been moved elsewhere but the buildings hadn’t been demolished.

The BMC invited tenders for the demolition of the Mori Road school on March 10 this year, the civic body has said in a statement. This means it took three months to finalise a contractor. “There were some technical issues in the tender processes. Five contractors submitted tenders below 100 per cent cost. We have now finalised a contractor and work will start soon,” said Executive Engineer of BMC School Infrastructure Cell, R G More.

BMC invited tenders with a Rs 24.50 lakh estimated cost. “But the contractor will demolish the ground-plus-3-floor building free of cost. He will also pay R14.4 lakh to the BMC  for scrap which he will get from the building,” said a BMC official.

The BMC claims that both schools have sufficient open space around all the sides of their buildings. “As such there is no question of casualty on the road,” the corporation claimed in a statement. According to the rules of the BMC, a structural audit of every building which is 30 years old has to be done before the monsoon. Every year BMC publishes a list of the dangerous buildings. There are 387 buildings including 5 school buildings owned by BMC that are in a dilapidated condition.