Stock in lakes that supply water to Mumbai dips to 9.8 per cent, can last for a month 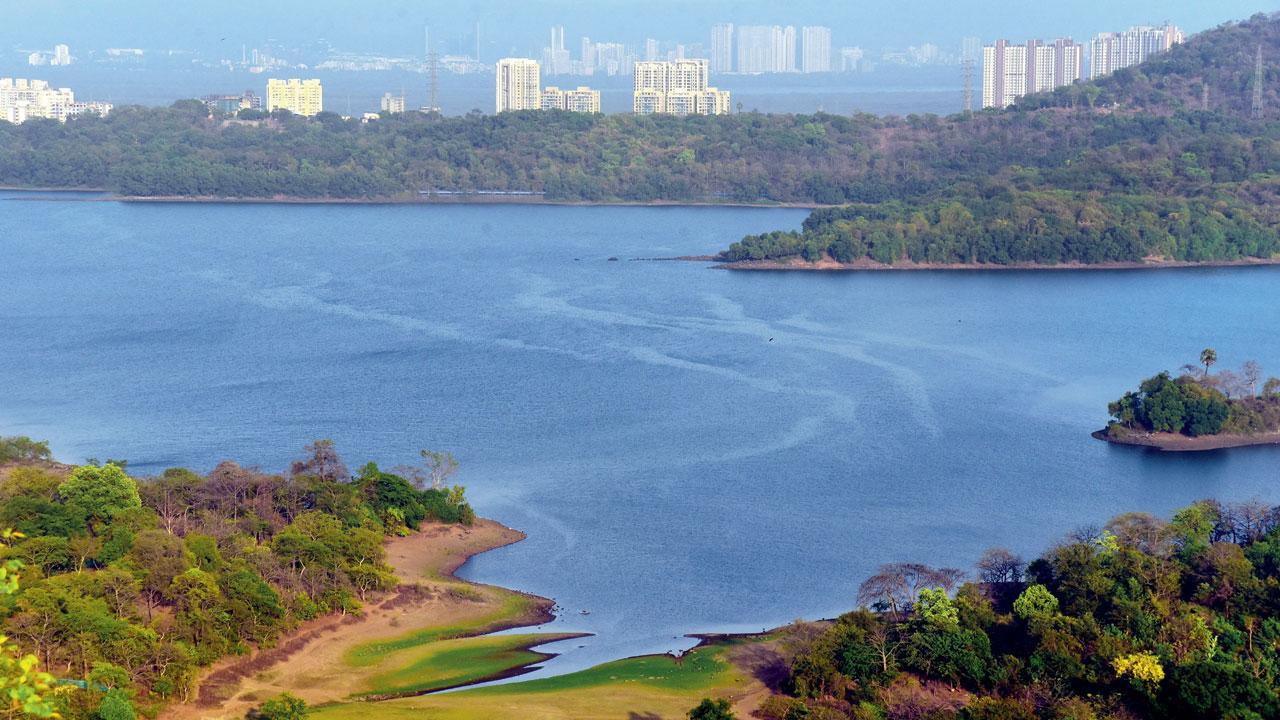 Vihar lake, one of the seven reservoirs that supply water to Mumbai. File pic


The seven lakes that supply water to Mumbai have just 9.89 per cent stock left in them, which is enough to last a month. The reservoirs have less water compared to the last two years as their catchment areas have received little rain this time. If doesn’t rain, sources said, the corporation will wait for a week before taking a call on rationing supply.

According to the civic body, the lakes—Upper Vaitarna, Modak Sagar, Tansa, Middle Vaitarna, Bhatsa, Vihar and Tulsi—collectively had 1.43 lakh million litres of water on Wednesday. “Yes, there is a delay in the rain and the water stock is reducing. But we have not yet decided on water cut,” said Sanjay Aarthe, chief engineer of BMC’s hydraulic department.

Civic officials said there is no useful water stock, which can be drawn and supplied, left in Upper Vaitarna dam, only 3.83 per cent of stock remains in the Tansa dam. On June 22, 2021, there was 15.15 per cent of water stock or 2.19 lakh million litres in the seven lakes, while it was 10.44 per cent or 1.51 lakh million letters the year before. The combined capacity of the seven lakes is 14.47 million litres which can ensure a year-round water supply to Mumbai.

Also Read: Who’s behind the destruction between Powai, Vihar lakes?