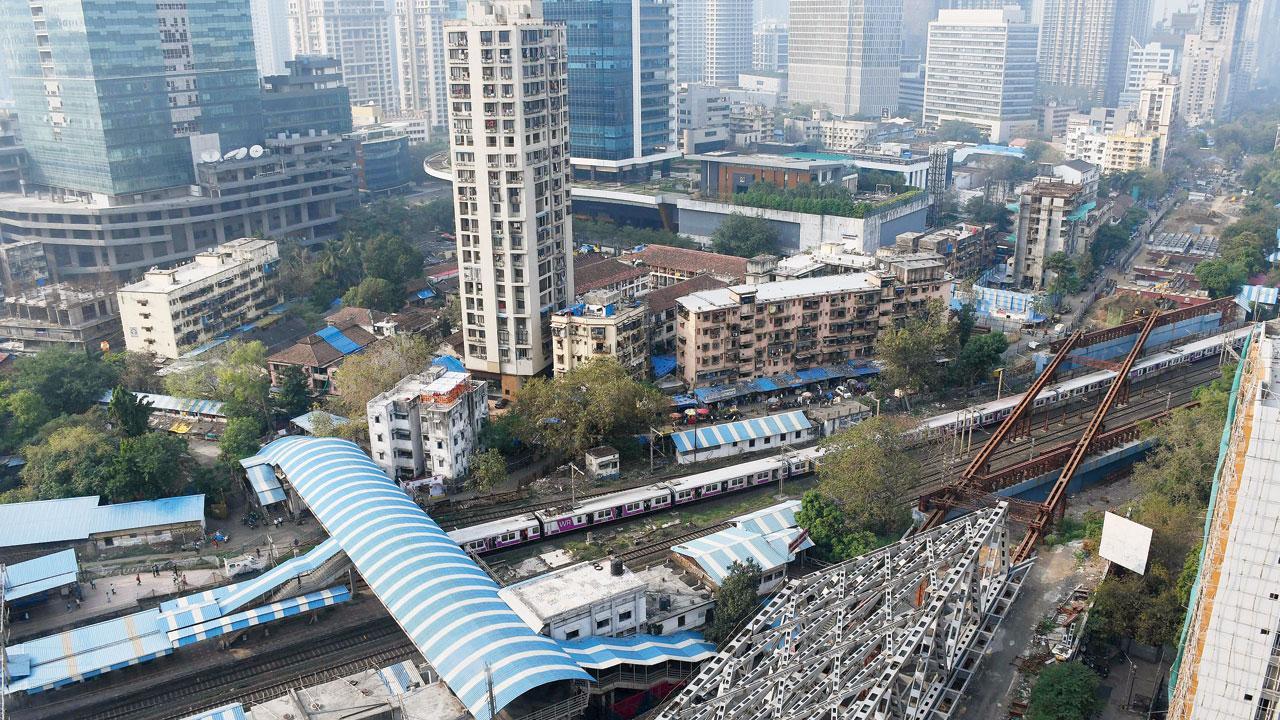 The girder was launched on Tuesday night, say WR officials

“Made in Kota, Rajasthan, it is one of the heaviest and longest girders on the Mumbai suburban railway. The 89.89-metre-long girder weighs 1,045 metric tonnes, and has a single span of 65-degree skew design. It was launched above constantly running trains in one of the most complicated operations,” a Western Railway official said.

The bridge consists of three lanes of 11 metre each, and has a footpath measuring 1.8 metre. “This is the first of the two girders of the bridge. The next one will be launched by August or September this year, post the monsoon season,” he added. A total of 360 metric tonnes of stainless steel, along with 3,700 cubic metres of concrete (M-40 grade), has been used, said rail officials.

“A team comprising 15 engineers of the railways and the agency, along with the consultant’s engineer, were continuously monitoring the work. A total of eight supervisors and 102 labourers were deployed round the clock for this mammoth task,” WR chief public relations officer Sumit Thakur said.

The dismantling work of the spans over railway tracks was completed in February 2019. This was followed by dismantling of abutments in June 2019 after removal of encroachments by the BMC. WR then awarded the contract for rebuilding the railway portion at a cost of R87 crore and physical work of laying foundations was taken up after the monsoon in November 2019. The foundation work on the east side was completed in May 2020 and completion of the raft foundation on the west side in June 2020 and the east side by January 2021.

The bridge timelines were delayed due to the pandemic. The two key reasons for delay have been unavailability of industrial oxygen since it has been diverted for medical use to control the pandemic and after April 2021, absence of skilled labour due to the lockdown in various states.

102
No. of labourers deployed for the task