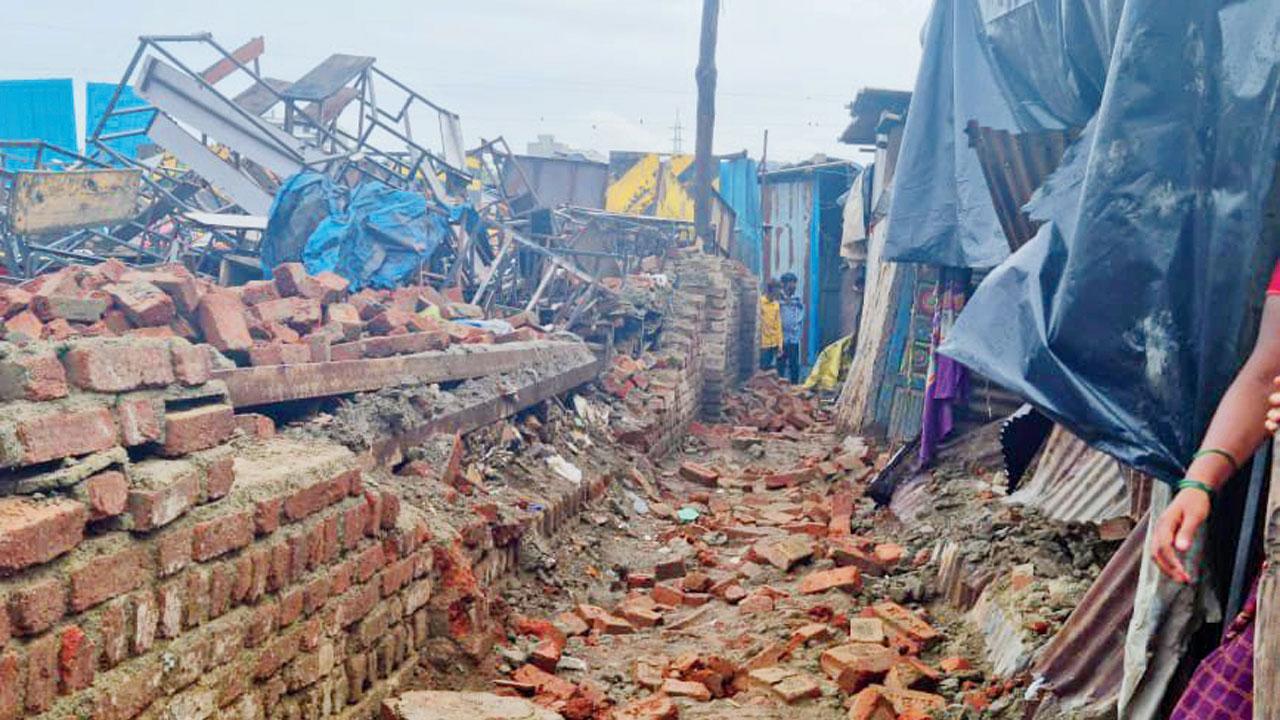 Two others were injured when the retaining wall collapsed, both are undergoing treatment at hospital

A 3-year-old girl died in a wall collapse at Chembur on Tuesday. This is the first casualty this monsoon. Two others were injured in the incident and are undergoing treatment.

The incident took place at Jai Ambe Nagar slum in Chembur around 2 pm when the retaining wall collapsed on the slum. Locals rushed those injured to the civic-run Rajawadi Hospital. The doctors declared Naira Dhotre dead on arrival.

Of the two injured, Ramesh Pawar, 33, is admitted at the hospital and his condition is stable, said doctor. Shantabai Dhotre, 50, got discharged from Rajawadi Hospital and has been transferred to a private hospital.

Vishwas Mote,  assistant municipal commissioner of M West ward, did not respond to calls. A BMC official said, “The locals took the injured to the hospital and the hospital authorities informed us.”

Earlier on Sunday, a boulder fell on a house in Vashi Naka, Chembur, injuring two brothers. Last year in monsoon, more than 20 people died in landslide and wall collapse incidents in the city.