Two BMC schools in congested areas declared dangerously dilapidated mandating immediate demolition, yet BMC making no move to do so

Mahim Mori Road Municipal School is one of the buildings declared dangerous by the BMC. Pic/Pradeep Dhivar

The Brihanmumbai Municipal Corporation (BMC) seems to have forgotten its own rule: that of pulling down dangerously dilapidated buildings immediately. What’s more, these dilapidated buildings of Mahim Mori Road School and Durgadevi School of Kumbharwada in south Mumbai stand in highly congested areas.

BMC has declared a list of 387 dilapidated buildings in Mumbai, of which five school buildings are owned by it. As per BMC norms, a structure declared dilapidated under the C1 category needs to be vacated immediately and demolished to prevent an accident.

BMC’s own Mahim Mori Road School is a  C1 category structure. BMC’s school department officials have said that the school is closed and students shifted to another school nearby. “But, this school stands in a congested locality. If it collapses on the road there is a high chance of casualties,” said locals, expressing their concern. “BMC should demolish this school,” said Rupesh Tandel. 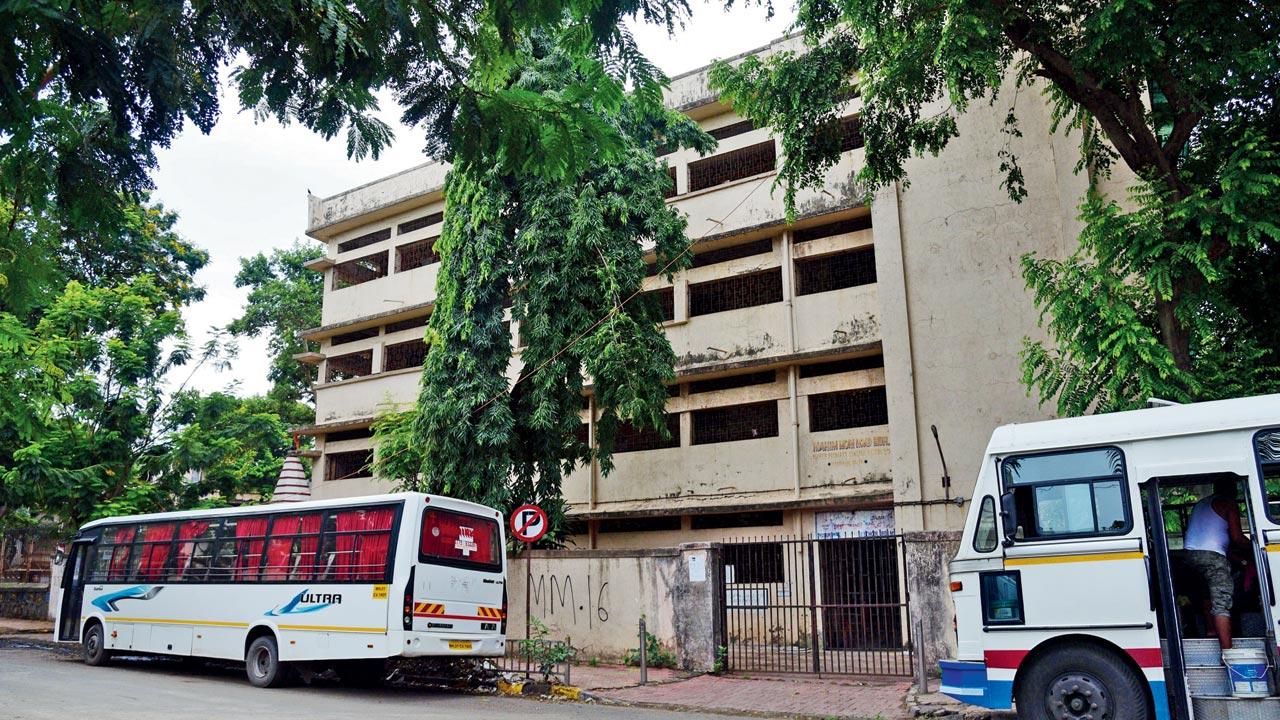 “BMC should follow its own rules. There is not only a risk of casualty due to the collapse of this building but this can be a mosquito breeding ground in the monsoon,” said Sandeep Deshpande, an MNS leader. The BMC forcibly demolished private buildings declared dilapidated. Now BMC is playing with citizens’ lives without demolishing their buildings, he added.

Durgadevi BMC School building, also declared dilapidated, is situated at Kumbharwada in south Mumbai. This is a highly congested commercial and residential area. MLA Atul Shah said, “The road in front of this school is just 10-12 feet wide and always crowded as there is major commercial activity here. BMC should demolish this building as this is a threat to the lives of locals. There are old chawls in this area and if this building collapses it can cause danger to other buildings too,” Shah added further.

Joint Municipal Commissioner Ajit Kumbhar said he will take updates regarding the issue.

According to BMC rules, a structural audit of every building that is 30 years old is required to be done before the monsoon. The report has to be submitted to the BMC. Every year BMC publishes a list of the dangerous buildings that need to be pulled down immediately,” said a BMC official.

Deputy Municipal Commissioner Sanjog Kabre said,” It is necessary to demolish any structure coming under the C1 category.”

387
No. of dilapidated buildings listed by BMC

Share
Facebook
Twitter
Pinterest
WhatsApp
Previous articleProtests against remarks on the Prophet: 18 accused shifted out of Kanpur, Prayagraj jails
Next articleTo expand health infra in populated areas, UP govt allows purchase of land but with riders