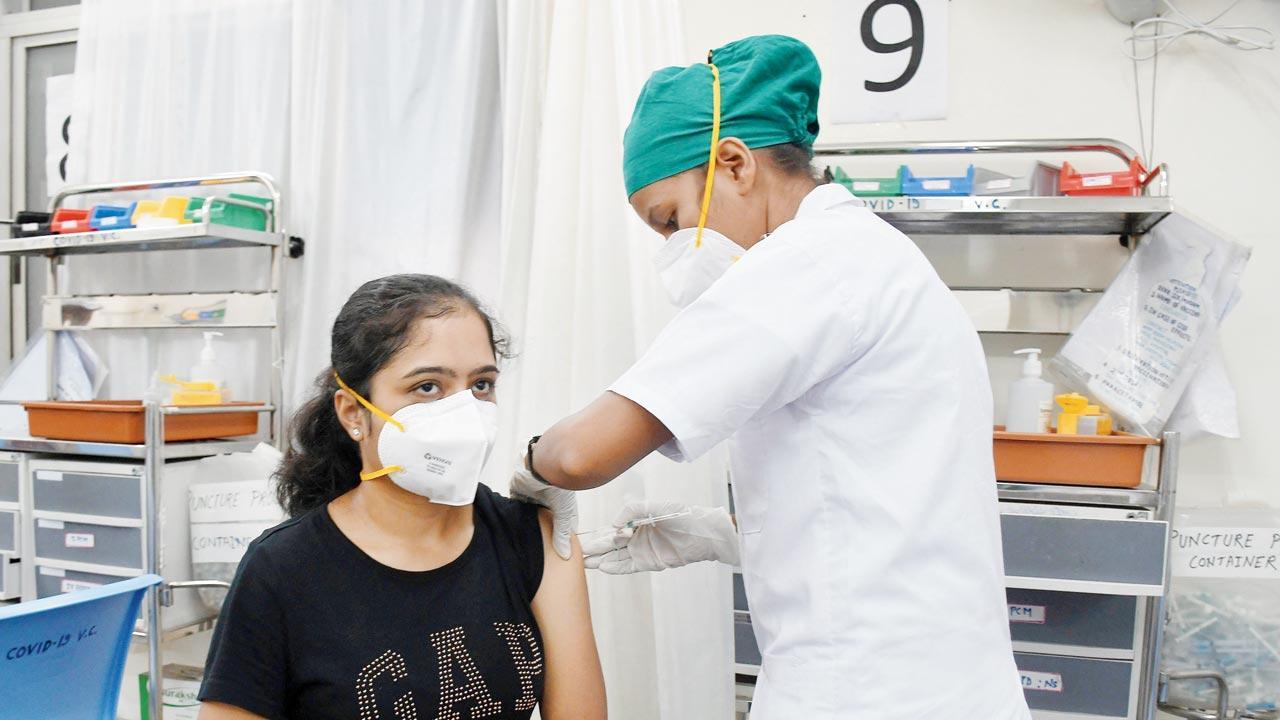 Mumbai on Thursday reported 2,366 new Covid positive cases and two deaths, which pushed its overall infection tally to 10,88,248 and the fatality count to 19,578, the Brihanmumbai Municipal Corporation (BMC) said.

On Thursday the city testing positivity rate jumped to 15.11 percent. 2366 tests were conducted out of which 15,656 samples were found positive. This is the second time in three days that TPR has gone above 15 per cent. The city saw 73 more cases as compared to the previous day, when there were 2,293 infections. Its recovery count rose to 10,55,665 after 1,700 patients recuperated during the day, while the number of active cases increased to 13,005, the civic body said in its bulletin.

On Sunday and Tuesday also Mumbai had reported two deaths each. For the last 10 days, the metropolis has been recording four digit Covid-19 cases. However, the daily case count went beyond the 2,200-mark on Wednesday. This is the highest single-day Covid-19 count in Mumbai since January 22, when it had logged 2,550 cases and 13 fatalities. Currently, Mumbai’s positivity rate is 15.11 per cent, while the number of beds occupied in the hospitals has crossed the 100-mark.

The growth rate of Covid-19 infections in Mumbai stood at 0.163 per cent for the period between June 9 and 15, and the case doubling rate is 419 days, the bulletin said. The city has a coronavirus recovery rate of 97 per cent, the BMC said. Despite the recent surge in cases, Mumbai remains free of sealed buildings and containment zones.

Maharashtra on Thursday recorded 4,255 new Covid cases, the highest daily count since February 12, while three more patients succumbed to the infection even as the active tally crossed the 20,000-mark, the state health department said. With these additions, the state’s overall Covid-19 tally rose to 79,23,697, while the death toll increased to 1,47,880, the department said in a bulletin. A day before, the state had recorded 4,024 new cases and two deaths linked to the infection. The fresh tally of 4,255 was the highest since February 12 when the state had recorded 4,359 Covid-19 cases.

As many as 2,879 patients recovered from Covid-19 in the state since previous evening, pushing up their cumulative count to 77,55,183 and leaving the state with 20,634 active cases, the bulletin said. The coronavirus recovery rate in the state stood at 97.87 per cent. Nandurbar is the only district in the state which does not have active cases currently.

2
No of deaths in city on Thursday

1,700
Patients recovered and discharged in city on Thursday