Konkan divisional board tops in the state in overall pass percentage yet again; a total of 10,764 students in Mumbai score above 90 per cent

SSC students of Balmohan Vidyamandir at Shivaji Park celebrate after the results on Friday. Pic/Ashish Raje

The much-awaited results of the SSC exams conducted by the Maharashtra State Board of Secondary and Higher Secondary Education (MSBSHSE) were declared on Friday. Interestingly, the overall pass percentage of the state and Mumbai division stands identical at 96.94 per cent this year. Girls have again scored over boys with a pass percentage of 97.96 over 96.03 in Mumbai.

The divisional board of Pune recorded 96.96 per cent, Nagpur 97 per cent, Aurangabad 96.33 per cent, Kolhapur 98.50 per cent, Amaravati 96.81 per cent,  Latur 97.27 per cent. The pass percentage of the state has improved by 1.64 as compared to 2020 when exams were conducted offline. “The pass percentage of the state was 99.95 last year in 2021 when exam evaluation was based on internal marks due to the pandemic. The performance has been good compared to 2020,” said Sharad Gosavi, chairman of MSBSHSE. 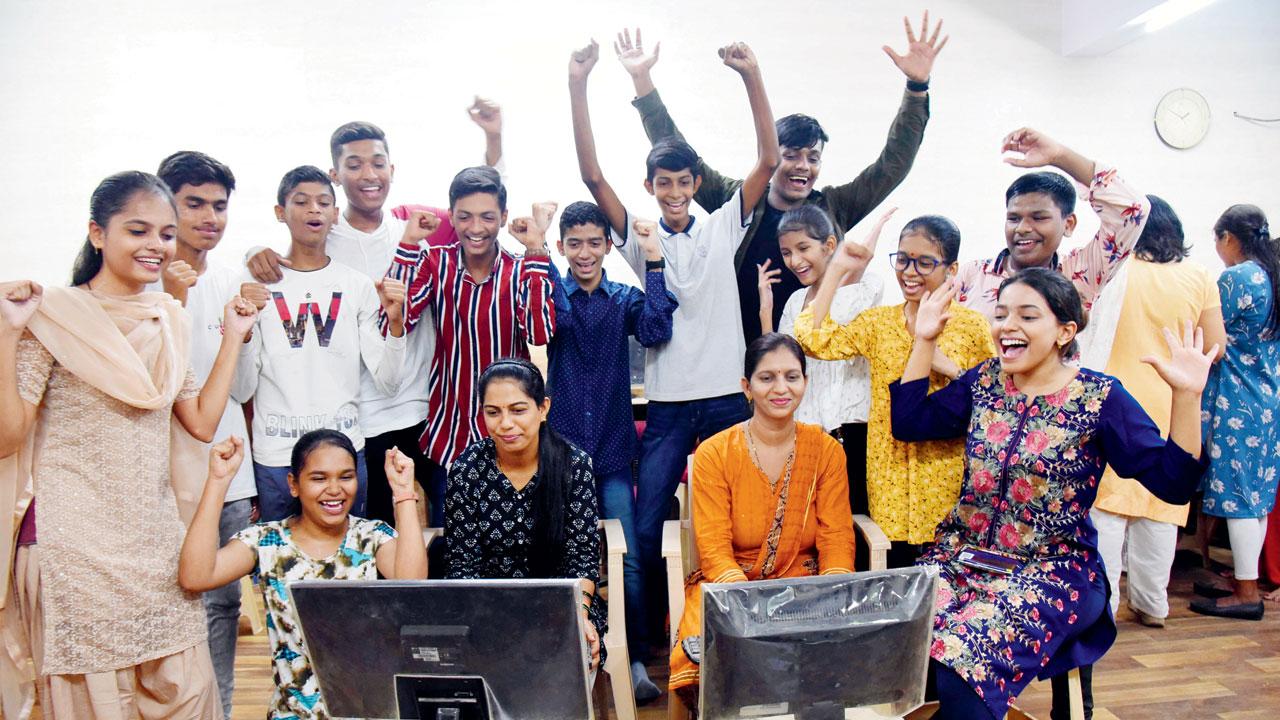 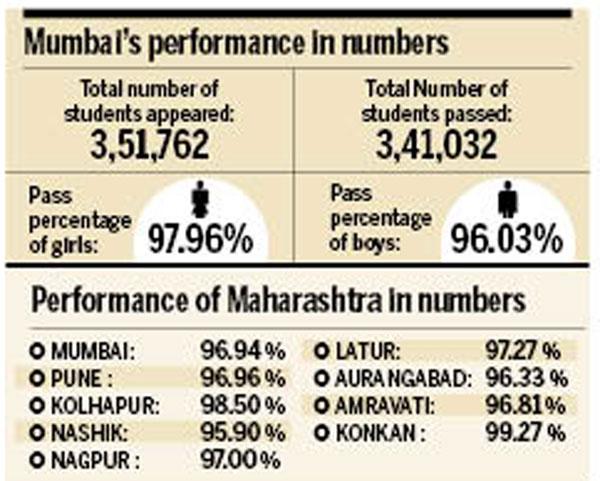 A total of 122 students, including one in Mumbai division, scored 100 per cent in Maharashtra. The results have been announced based on the best of five subjects.

122
No of students in Maharashtra who scored 100 per cent