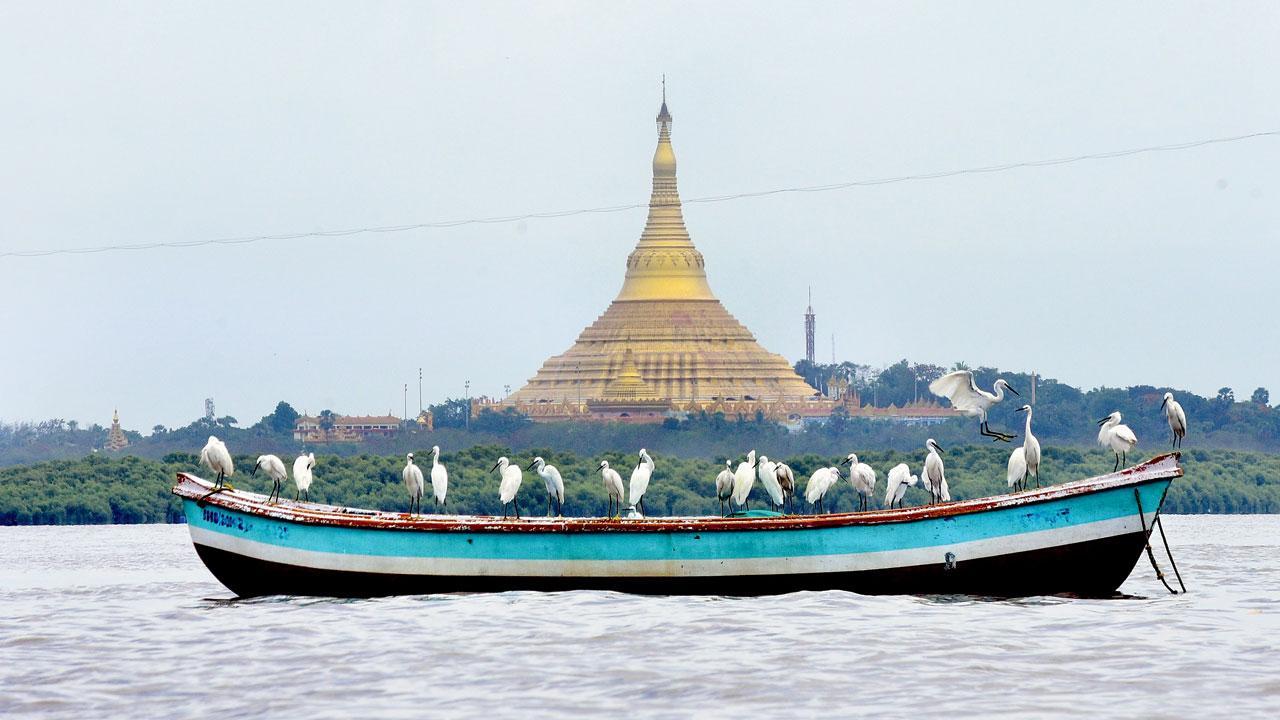 On a wing and a prayer

Trash in a forest

Alcohol bottles, multi-layered plastic (MLP), shoes, clothes and broken glass were among the chief contents of 148 kg trash that 100 volunteers recently collected during a three-hour clean-up at Aarey. It was led by the Rewilding Aarey team along with Green Communities Foundation. When analysed, the trash revealed a whopping 87 kg of glass bottles, five kg of broken glass and four kg MLP, among other contents. Volunteer Sanjiv Valsan shared that the quantity of alcohol bottles indicates security lapses. “It shows that Aarey is unsafe for humans and animals. Before finding solutions, we need data and this data needs to be presented to the authorities,” he informed us.

Of fish thalis and Mario

The interiors of Kokum at Vasai

The next time you plan a weekend visit to Vasai, you can add a restaurant inspired by the history of the place to your list of historic forts and churches. Founded by restaurateur Mohit Balachandran, who we know for cafe and wine bar Loci and Toot, Kokum re-emerges as a haunt reflecting the local community and culture.

On its recently revamped menu and look, Balachandran shared, “We have murals inspired by cartoonist Mario Miranda’s style. The murals made by local artists depict the highlights of Vasai’s East Indian, Koli and Agri communities.”

He added that being a Malvani restaurant, their focus was on seafood thalis, but the spotlight was on the young crowd. When the restaurant opened in May, it came out with an interesting month-long offer on alcohol. “Vasai doesn’t have a conscious cocktail culture, and this was done to attract youngsters. We also have a unique rasmalai whiskey sour to offer,” he revealed.

A collection of stories and illustrations for children. Pic/Instagram

The secret to learning has always been in stories. With school prep approaching, Katha India’s latest post on StoryPedagogy popped up on our feed through a magical coincidence. Senior editor Shilpi Sarkar explained that the idea of storytelling to enable literacy is at the core of the venture.

“The idea was a means to get underprivileged children in schools interested in books because these are children who had never seen a printed book in their life,” she told this diarist. But these stories need to be picked from familiar places, she added. From culturally rooted stories to oral traditions, these books offer children an upgrade on the age-old grandmother tales. “The idea is that the joy of learning will enable literacy as a consequence,” Sarkar explained. The editor added that the organisation is interested in the retelling of folk tales for a new purpose.

After London, it is Rome for the Jaipur Literature Festival. The organisers announced Rome as the latest international venue for June 2023 making it the 10th international extension of the literary festival, which has already marked out London (in pic), Belfast, New York and Doha among others as host cities.

Sanjoy K Roy (inset), festival producer and managing director, Teamwork Arts, put it down to the history of Rome. “Known as the Eternal City, Rome is an important centre of fashion and design. We felt the need to have Rome as the next destination to celebrate the heritage and archaeological treasures of the city,” he said.

It is not just the humans who can hit a nightspot for a party. The Social outlet at Thane’s Wagle Estate hosted a gathering of canines and their pet parents for a Doggie Daddy’s Day yesterday. Vivek Dudani, its national programming head told this diarist that this was a way to get pet-parents to gather for a friendly meet up. “We also have training sessions, free grooming for the pets and, of course, free food,” Dudani added. If that were not enough, the pooches had the opportunity to sign up for competitions to show off their talent for a choice of awards at the venue. “We hope to expand the event to include a gathering of 200 pets by the year-end,” Dudani told us.