Saurav and Sahil Dhage both score 87.20 per cent each in the SSC results declared on June 17

A pair of non-identical twins from Mulund have scored identical marks in the SSC results announced on Friday. Sahil and Saurav Dhage have both scored 87.20 per cent each. Hailing from a middleclass family, Saurav is hoping to become an army officer, while Sahil aspires to become an engineer.

Dhanaji Dhage, a newspaper distributor, lives in Francis Chawl at Jameel Nagar in Bhandup West. Dhanaji couldn’t study much because of acute poverty but had decided to give his sons the best education. “I make a living selling newspapers but ensure that my sons studied at a good school. My wife, Priya, is a homemaker but she is hardworking and gives tuitions,” Dhanaji said. 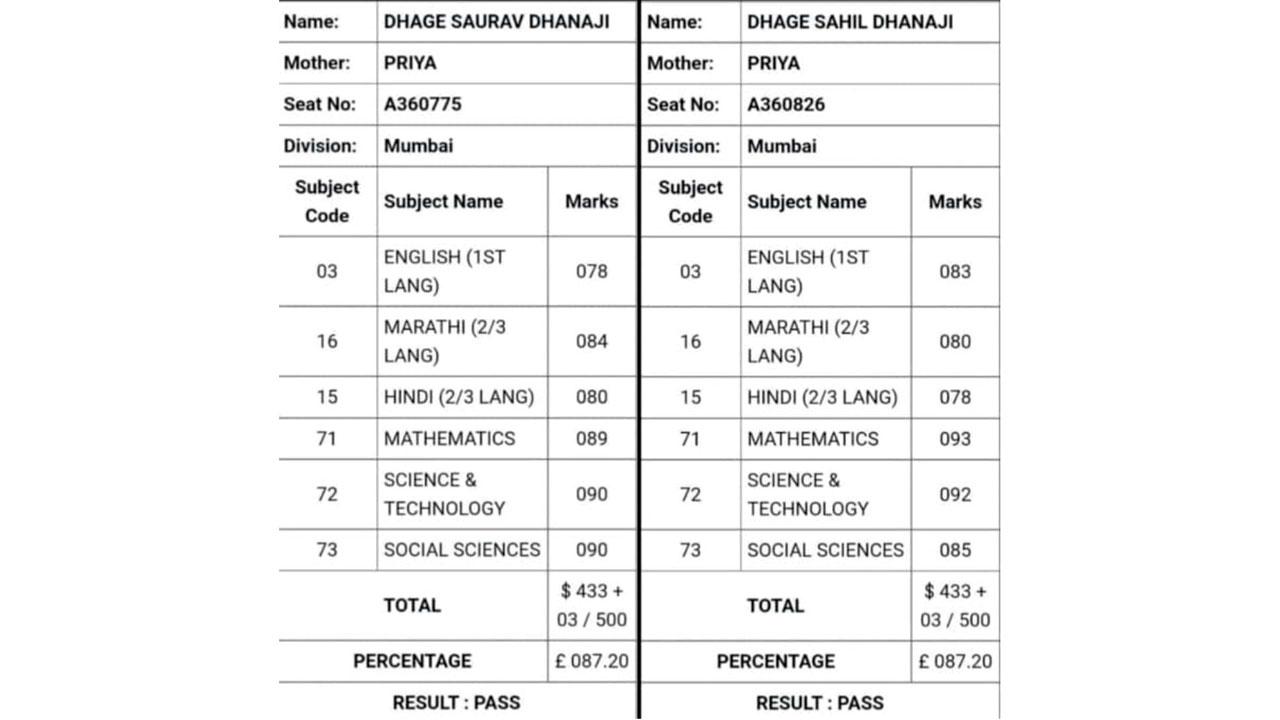 Sahil and Saurav studied at Oxford School, and always figured in the top five in every class. “Till Std IX my mother taught us. She was everything for us,” said Saurav. “In Std X, we both studied together and used to clear each other’s doubts,” he added.  Sahil said, “We knew we would get good marks but never thought we would get 87 per cent.” He is very interested in mathematics and wants to be an engineer.

Their mother Priya said, “I am overwhelmed by the performance of my kids. They have become the talking point in our neighbourhood. I expected them to score around 85 per cent but they have done better than that. Their likes and dislikes and personalities are not at all the same yet they scored the exact same marks,” she added.