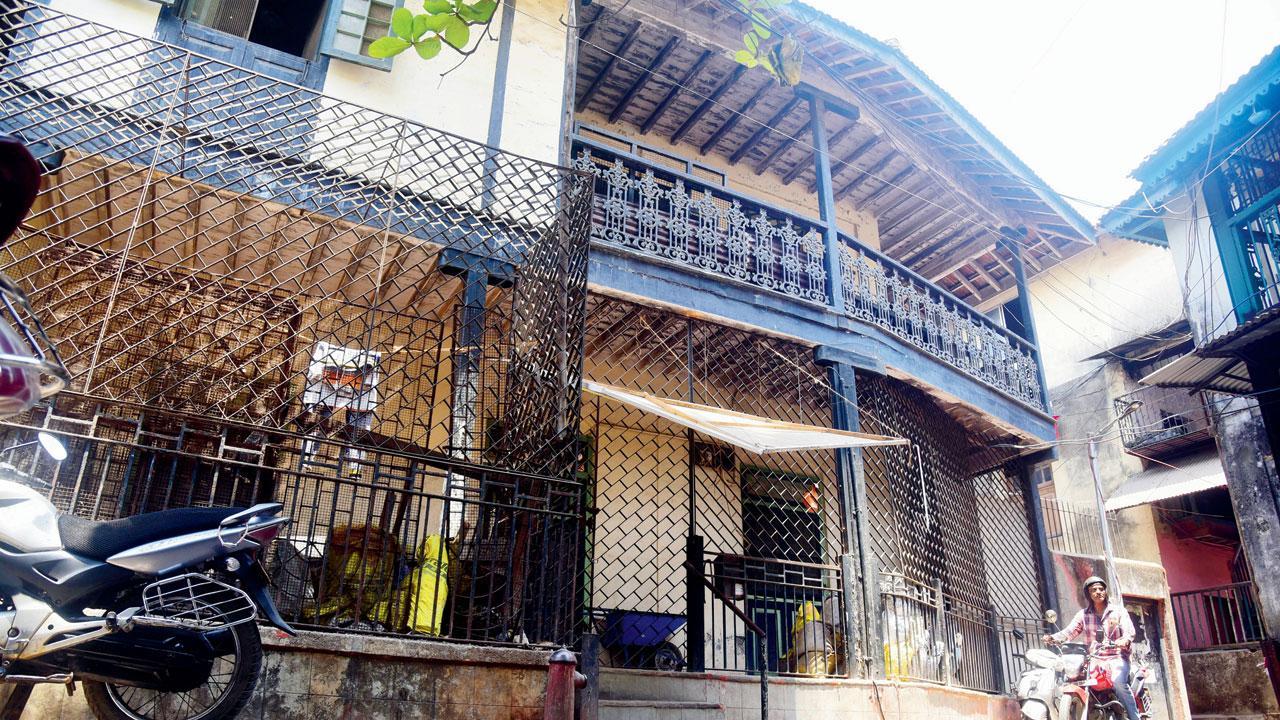 Two months after controversy started, locals and the trust that owns the structure arrive at an amicable solution after meeting with cabinet minister and local leaders

The row over taking down a heritage bungalow at Khotachiwadi has finally arrived at an amicable solution on Friday. It has been decided that the original outer look of the bungalow will be maintained during construction.

The issue has been going on for the past two month after some residents of the heritage precinct opposed the demolition of the over-100-year-old bungalow, known as Fernandez House, by its current owners—Shri Panchmangalopasak Shwetamber Murtipujak Tapagachh Jain Religious Trust. Local residents also approached the Brihanmumbai Municipal Corporation with a plea to preserve the heritage precinct, following which the civic body issued a stop-work notice.

The trust and locals have finally come up with an amicable solution after a meeting called by cabinet minister and Shiv Sena leader Aaditya Thackeray on Thursday. Thackeray tweeted, “Resolved the issue of the Khotachiwadi heritage bungalow restoration. Held a joint meeting with MP Arvind Sawant ji, MLA Geeta Jain ji, heritage architects and representatives of the trust wanting to restore the bungalow.”

MLA Geeta Jain said, “The bungalow will be used for the stay arrangement of Jain munis for chaturmas (four months) which will start on July 11. The trust agreed to preserve the outer look of the bungalow, but the pillars and inner walls need strengthening as the structure is in poor condition. The work will be done as per the plan.” She added that till the work is completed, the bungalow will be protected using a weathershed.

As per the meeting, internal walls can be changed as per new requirements while the Mangalore roof and stab reconstruction shall follow traditional historic technique. External footprint, verandah, railing and all original elements shall be retained and restored as per original plan. “The trust agreed to appoint an architect to maintain the heritage look and the construction will be done as per the plan approved by the building proposal department,” said Prashant Gaikwad, assistant commissioner of D ward.

“The locals wanted to preserve the heritage of Khotachiwadi. It has been decided that the original glory of the bungalow will be preserved and the trust will appoint an architect for that. The locals seem satisfied with the solution,” said Bharat Gothoskar, founder of Khaki Heritage Foundation. Fashion designer James Ferreira, who first raised the issue, remained unavailable for comment.