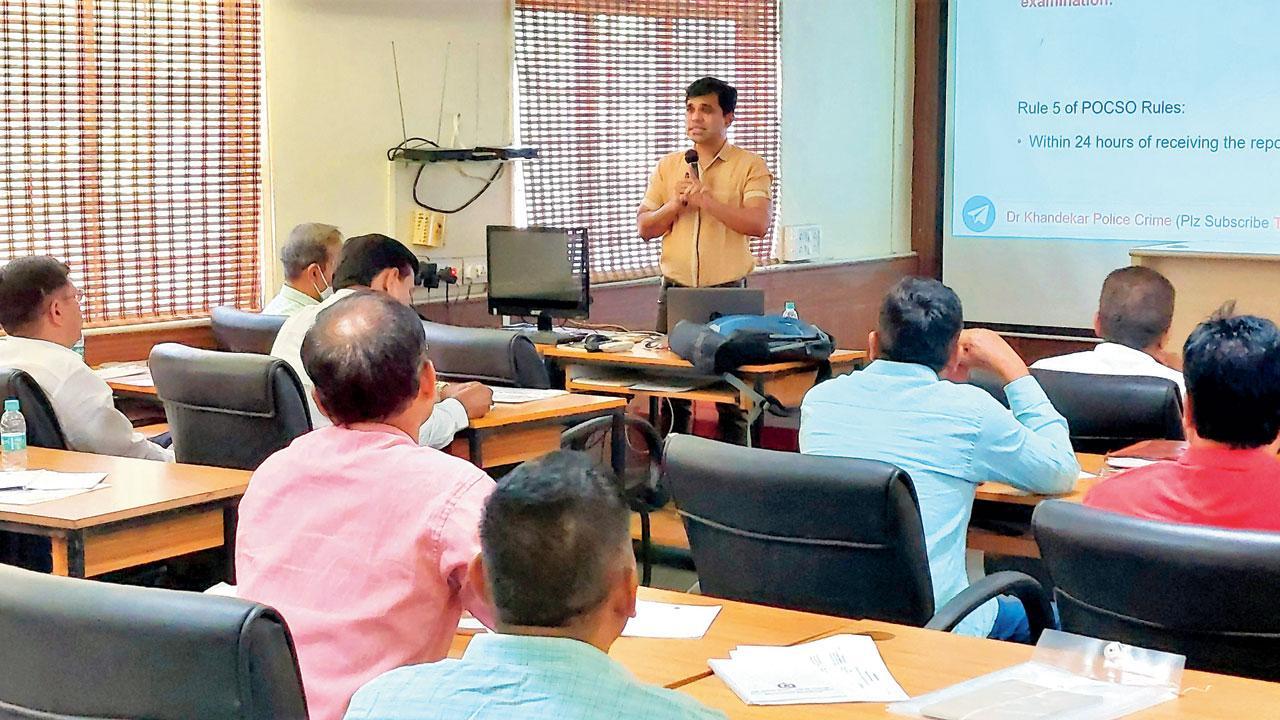 A two-day training on usage of forensic tools was recently held for state Criminal Investigation Department (CID) and police officers of assistant commissioner of police (ACP) rank with an intent to improve conviction rate in the state.

Dr Indrajit Khandekar, professor of Forensic Medicine and Toxicology, Mahatma Gandhi Institute of Medical Science, Sevagram, who conducted the sessions, in an exclusive conversation with mid-day admitted that cops are still using conventional methods of investigation and are not moulded in understanding forensics and its tools, which could be used as scientific evidence extracted from crime scene investigation, thereby helping in conviction of the accused.

Dr Khandekar said, “The police even today are being trained as per the age-old method of crime detection, but the need of the hour is that investigation not be limited to detection of crime, but to ensure that such detection is done with foolproof collection of direct and indirect evidences which can used as prosecution evidence in the court of law.”

“The entire hierarchy of police department should be trained and tuned for using forensic and other scientific analysis and technology for investigation so that they can use the same to analyse the crime scene, collect evidence/samples, and most importantly to challenge the results when they are inconclusive, which is not happening today,” he said.

Speaking on some of the topics that were discussed during the sessions, he said, “The training topics were based on numerous court judgments in which accused were acquitted and courts had elaborated in its ratio decidendi (the reason) for passing such an order. We also talked about serious bodily offences such as murder, attempt to murder, grievous hurt, dowry death, acid attack, sexual assault including POSCO cases etc.”

Elaborating further, Dr Khandekar said, “In a dowry harassment case from Baramati, the burn victim has stated that her in-laws poured kerosene on her and set her  on fire. As the victim died while undergoing treatment, the police relied on the autopsy report to ascertain the cause of death but failed to prove the use of kerosene as they had not collected the piece of cloth she was wearing at the time of incident. The forensic analysis of the cloth and even the burnt skin of the victim could have helped in ascertaining the use of kerosene.”

Another glaring practice that was discussed was matching blood group instead of DNA from the seminal fluid in cases of rape and sexual assault. “During trial, the suspect may raise concerns that the blood could be anyone’s and not the victim’s. Hence, the police need to be trained to raise appropriate queries such as getting DNA analysis of the seminal fluid, which could be used as evidence to nail the accused,” explained Dr Khandekar.

A senior officer from CID, who attended the session, said, “Crime scene investigation today focus more on collection of evidence to make a water tight case for the prosecution. Apart from nabbing the accused, the primary responsibility is also collection of evidence. I feel the session was interesting and gave a lot of insights to the core area of investigation. Today, police investigation also focuses more on ‘reasoning’ which helps in court proceedings.”