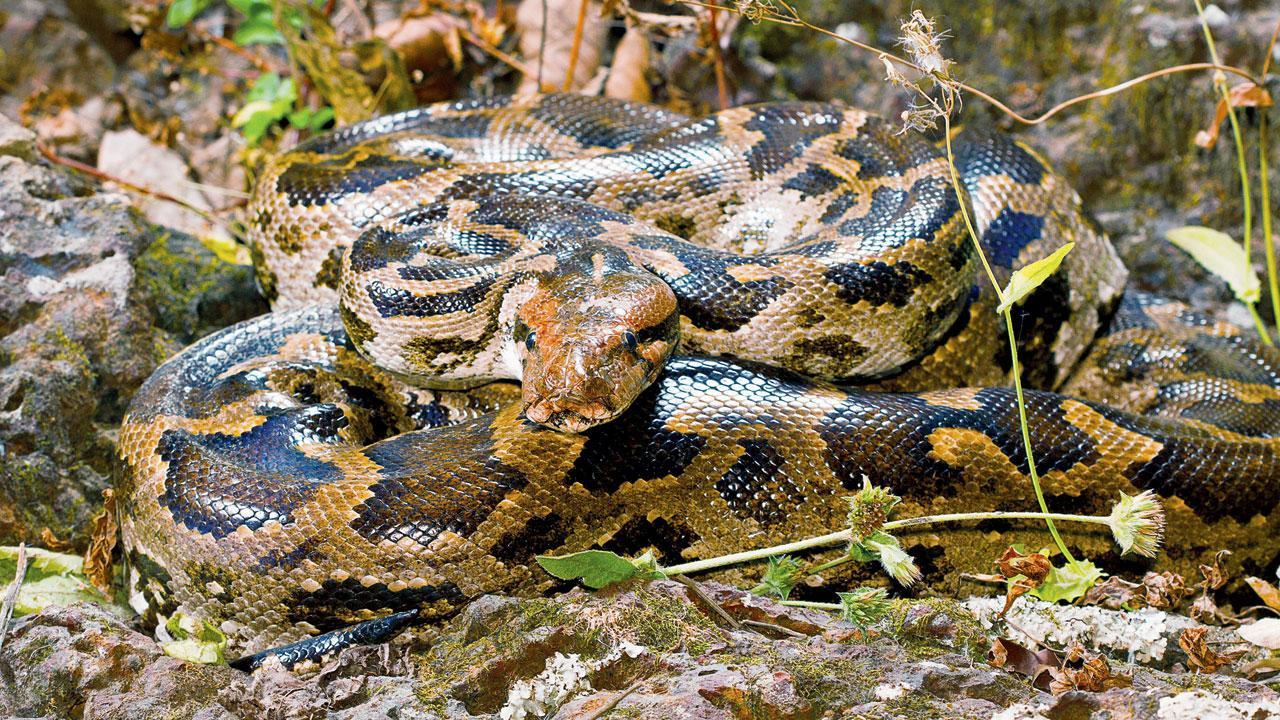 The Indian rock python was found in a nullah, protecting her eggs. Representation pic

A python hatched 16 eggs on Thursday night, two months after a 20-year-old wildlife rescuer and SYBCom student rescued her in Mulund. On Thursday night, one baby python was born and the others are in the process of being hatched.

The wildlife rescuer has been identified as Amaan Khan, 20, who is a resident of Kalina, Santacruz (East). Khan has been rescuing animals for the past 8-9 years. Khan is a SYBCom student from Mumbai University. In July 2021, he had rescued a pregnant cobra from Chembur who laid 18 eggs at his Chembur residence and hatched them at his house.

Speaking with mid-day, Khan said, “On May 10, I got a distress call from a resident of Mulund East who told me that some Adivasi tribal people were about to kill a big python. I rushed to the spot and requested the tribals to let the python go. When I checked the open drainage, I found a 12.5-foot long Indian rock python. I found that the python had already laid 16 eggs and was protecting them.”

“Now the three baby pythons hatched are one foot long. Once they are all born I will release them deep in the park,” Khan further said. Khan has rescued more than 1,000 snakes till date. He learned rescue techniques by watching wildlife shows. He has been bitten by many non-poisonous snakes and doesn’t charge anything for rescuing snakes and animals.

Khan said, “The monsoon has just started and snakes and other wildlife come out of their hiding places searching for food. We should not kill them and should just inform rescuers and the forest department.”