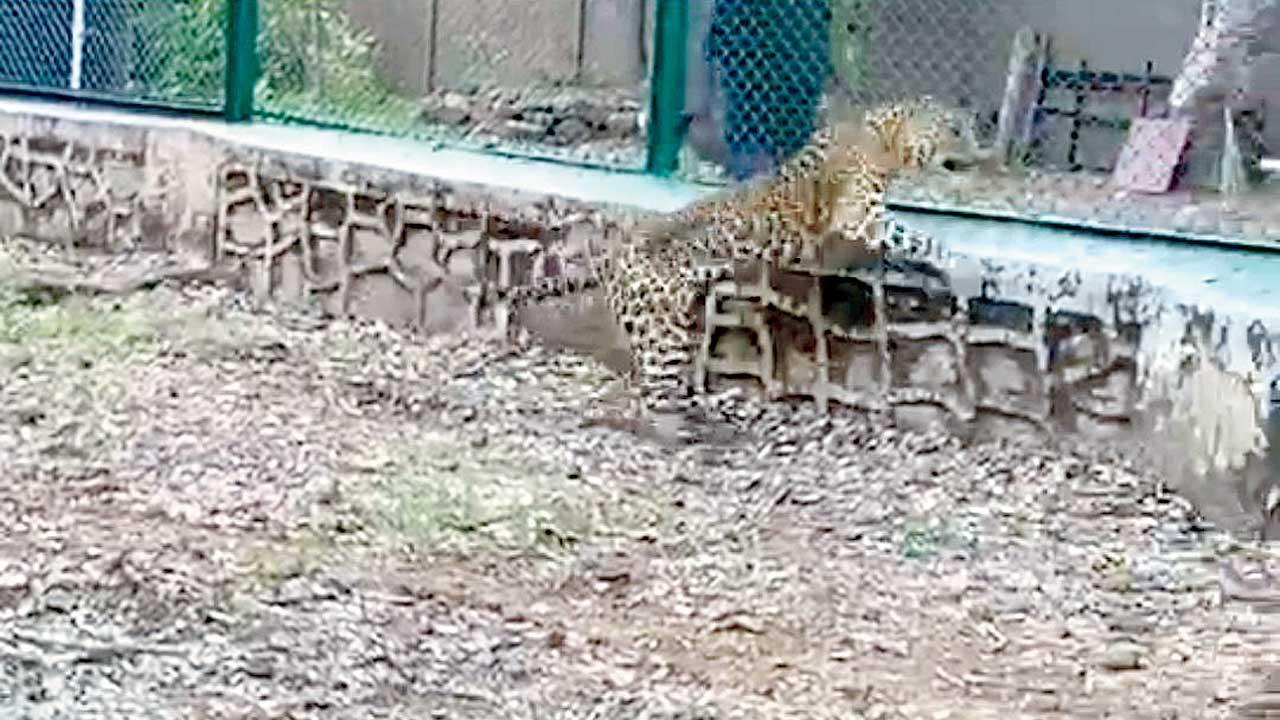 While a portion of its leg had to be amputated, the leopard has made a recovery and was seen running around after it was released in a secondary cage

A grab from video footage of the leopard, that had to have its left forelimb amputated, seen running about in the secondary enclosure on Wednesday

The timely intervention and good care by a Sanjay Gandhi National Park team has given a new lease of life to a leopard that was rescued from a snare in Virar in March. While a portion of its leg had to be amputated, it has made a recovery and was seen running around after it was released in a secondary cage.

Additional Principal Chief Conservator of Forests-Wildlife (West), Clement Ben said, “The  young leopard had a major injury on its forelimb because of a snare. The SGNP veterinary team successfully operated on and removed the snare. The animal is now fully healed and hale and hearty.”

On March 31, mid-day had reported in, ‘Seriously injured leopard, stuck in snare, rescued’ about how the leopard was found with its left paw caught in a snare in Virar, by a SGNP leopard rescue team, along with local staff and NGO SARRP. During a medical examination, it was found that the snare had penetrated muscle and was lodged in the bone necessitating amputation.

Dr Shailesh Pethe, assistant commissioner (wildlife) at SGNP, Dr C C Vakankar and Dr Pradnya Pethe operated on the leopard. Superintendent of the Tiger and Lion Safari and Range Forest Officer (RFO) Vijay Barabde along with the animal keepers closely monitored the health of the leopard because of which it has recovered. On Wednesday the leopard was released into the secondary cage.