No one interested in BMC’s flood gauge project for Mumbai 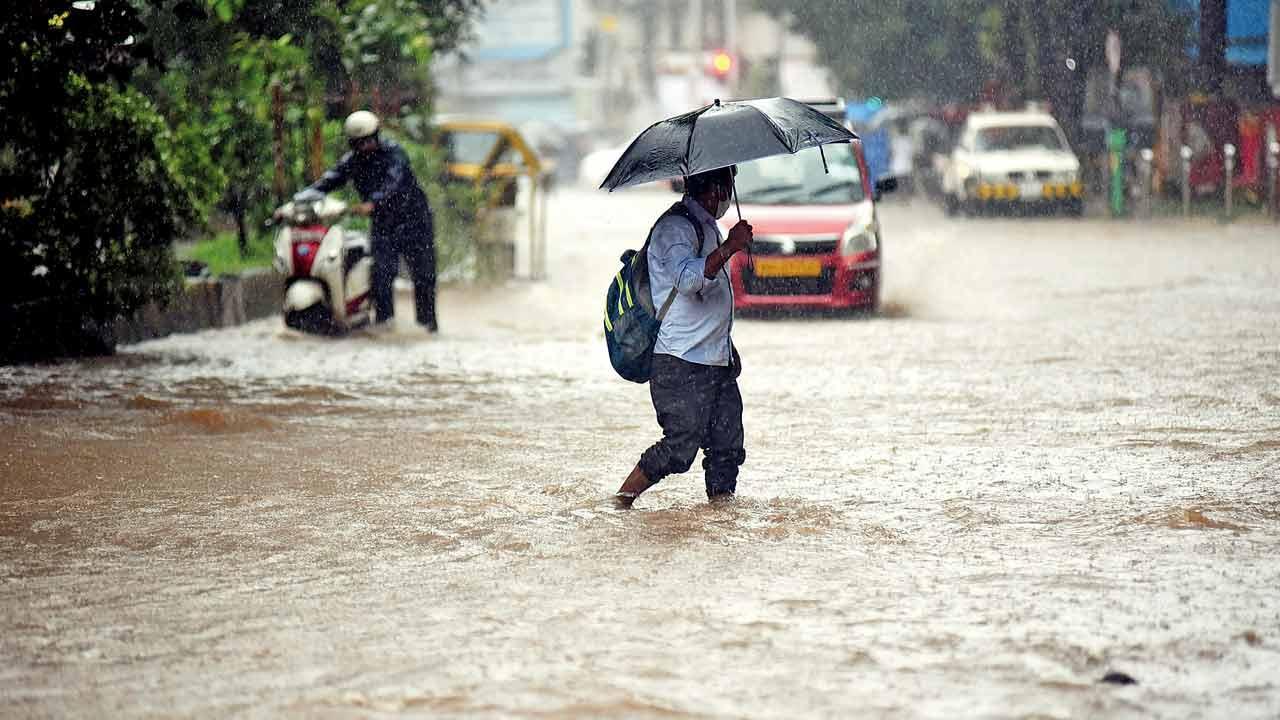 A man wades through a waterlogged LBS Road near Bhandup on July 19, 2021. The flood gauges will give data on the level of floodwater, thus helping the civic body to take prompt measures. File pic

The flood gauge project of the BMC has been put on hold due to the poor response to the tender. The civic body will now re-invite bids for installing flood gauges to record flood water level in different chronic spots in the city.

Monsoon is the most vital season for the city as low-lying areas get flooded at least eight to ten times in the four months. There are over 350 low-lying areas that get waterlogged. Though the Brihanmumbai Municipal Corporation has claimed to have tackled some of the spots by increasing flow of water, capacity of storm water drainage and holding tanks, pumps etc, there is no data available to ascertain the same.

“Water may accumulate, but the time of receding water has increased or the level of floodline decreased. But to know the ground data and factual information about the flood spots, flood gauge is a good technique. It will show the flood level along with the rainfall in that particular area which gives us information to act on,” said a senior official from the BMC.

As the tender process and installation may take more than a month and the actual system may not start this monsoon. “We are trying our best to start it this monsoon. The system will be useful for at least eight years and will give us important data for the flood map of Mumbai,” said another BMC official.

Meanwhile, the stormwater drain department finalised contractors to install 380 pumps at the ward level at a cost of R92.70 crore to tackle localised flooding. The flood sensors will also help to add perspective while arranging pumps also.