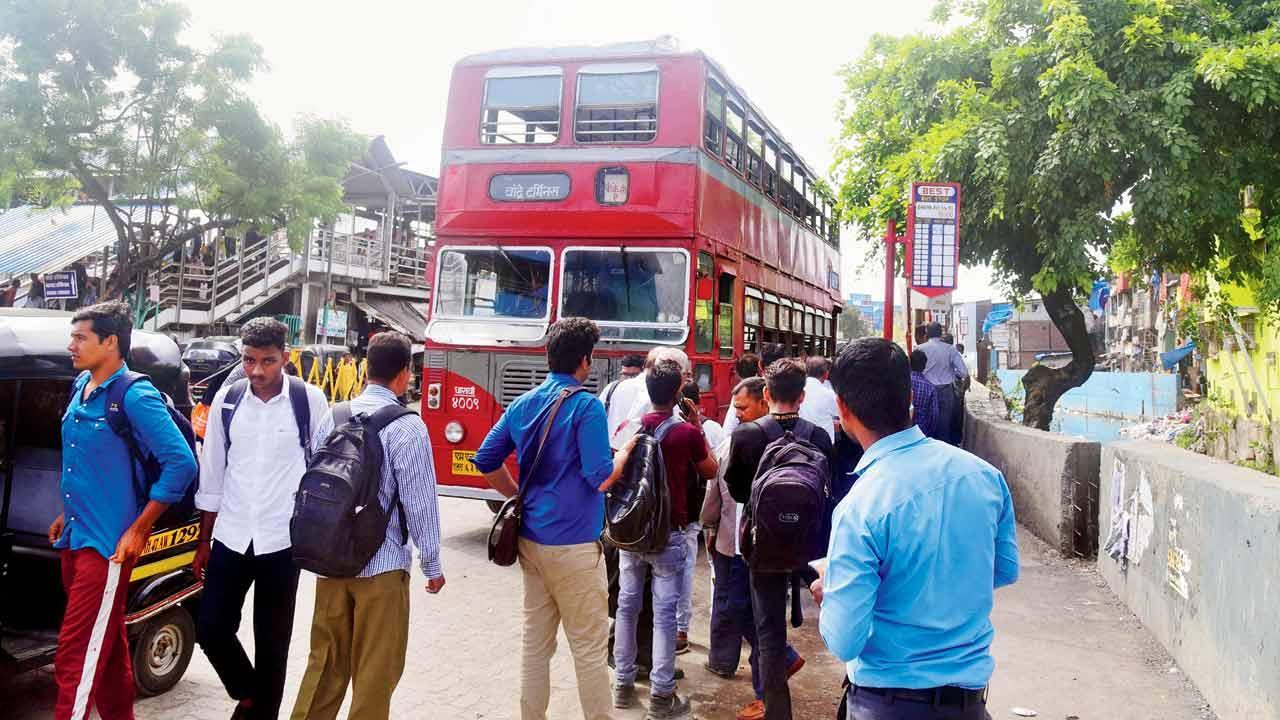 Nullah widening work by civic body had made a bus stop outside the station unusable; commuters had to walk 250 metres for other buses

A BEST bus for BKC, outside Bandra station, on Thursday. Pic/Shadab Khan

BEST has resumed six bus routes from Bandra station in the east to BKC that had been disrupted for nearly 18 months due to the work on a nullah. The services will bring huge relief to hundreds of people who work in the business district, including the Diamond Market. mid-day had repeatedly highlighted the inconvenience faced by users who were forced to walk a good 250 metres to board buses.

The six routes connecting Bandra station and Bandra Terminus with BKC have been restored after nearly one-and a-half years. The widening of a nullah right opposite Bandra (E) station had led to the suspension of the services as the BEST bus stop abutting the drain wall, which was torn down, became unusable.

“Due to improvement works outside Bandra [East] station, we had discontinued few bus routes. We have now restored six routes and remaining routes will also be restarted shortly,” said BEST spokesperson Manoj Varade. These bus routes include 316, 317, 182, 183 (both women special bus routes), BKC 1 and BKC 2 that are AC buses. These ply on Bandra Terminus to Bandra Colony, Tata Colony, Diamond Market, C.A. Institute and BKC. The bus routes of 303 and 310 are yet to resume from Bandra station. These are also important buses for Kalanagar and BKC areas.

Hundreds of workers from the Diamond Market had to board autos to their workplace from Bandra station which would cost at least R100 both ways. Now, they can cover the distance on BEST buses that charge Rs 10 for the return journey.

In May, BMC officials had said that the drain work would be finished after monsoon, but completed it after reports in mid-day. While it was expected that service would begin in a week’s time, it took over a month to do it. mid-day also found that BEST just designated a bus stop but the shelter was set up an ad agency. However, that work stopped after the agency’s contract was cancelled during Covid pandemic. This added to the delay.