Missed the second dose of Covid-19 vaccine? It’s you BMC is looking for 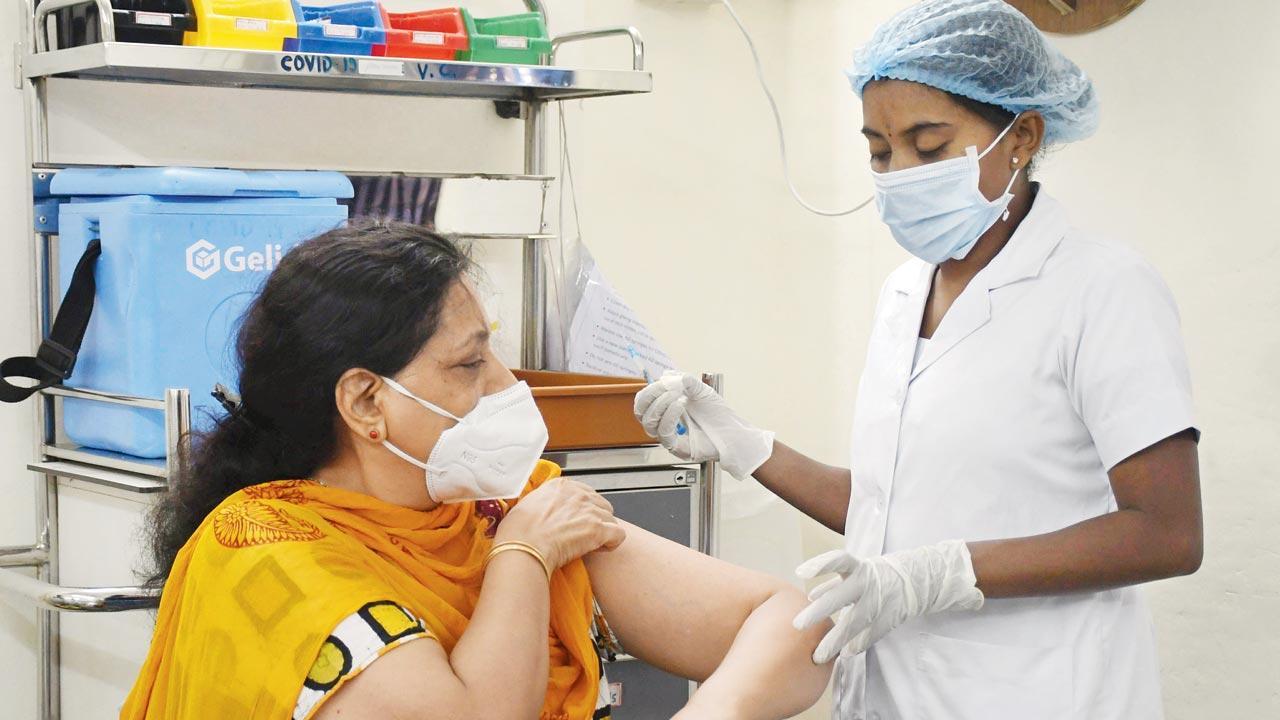 As COVID-19 cases rise in the city, the civic body has once again begun to call people and tell them to get the second dose of the vaccine

As Mumbai’s Test Positivity Rate (TPR) reaches 15 per cent, once again the Brihanmumbai Municipal Corporation (BMC) is on the hunt for those who are yet to take the second dose of the vaccine against COVID-19. BMC personnel have begun calling up people to tell them to get the second dose.

As per the BMC health department, more than 93 lakh people in Mumbai have taken both doses of the vaccine. But some have still not taken it.
A 29-year-old resident of Dahisar, Pratibha Pandey, said, “I took the first dose on June 23, 2021. But then I got pregnant so I didn’t take the second dose. Recently I got a call from the Dadar war room saying I should get it right away at the nearest BMC vaccination centre.”
An officer from G north ward said, “We have a list of people who have not taken the second dose yet. We are calling each of them and telling them to take it.”

Another health official said, “About 50,000 people in Mumbai haven’t taken the second dose yet. But many people have also registered from two different numbers which is why CoWIN shows that they have missed their second dose.”

Dr Mangala Gomare, BMC executive health officer, said, “Under the Har Ghar Dastak drive, we are calling people who have missed the second jab. Our field staff is also visiting homes to check if people have taken the second dose.”