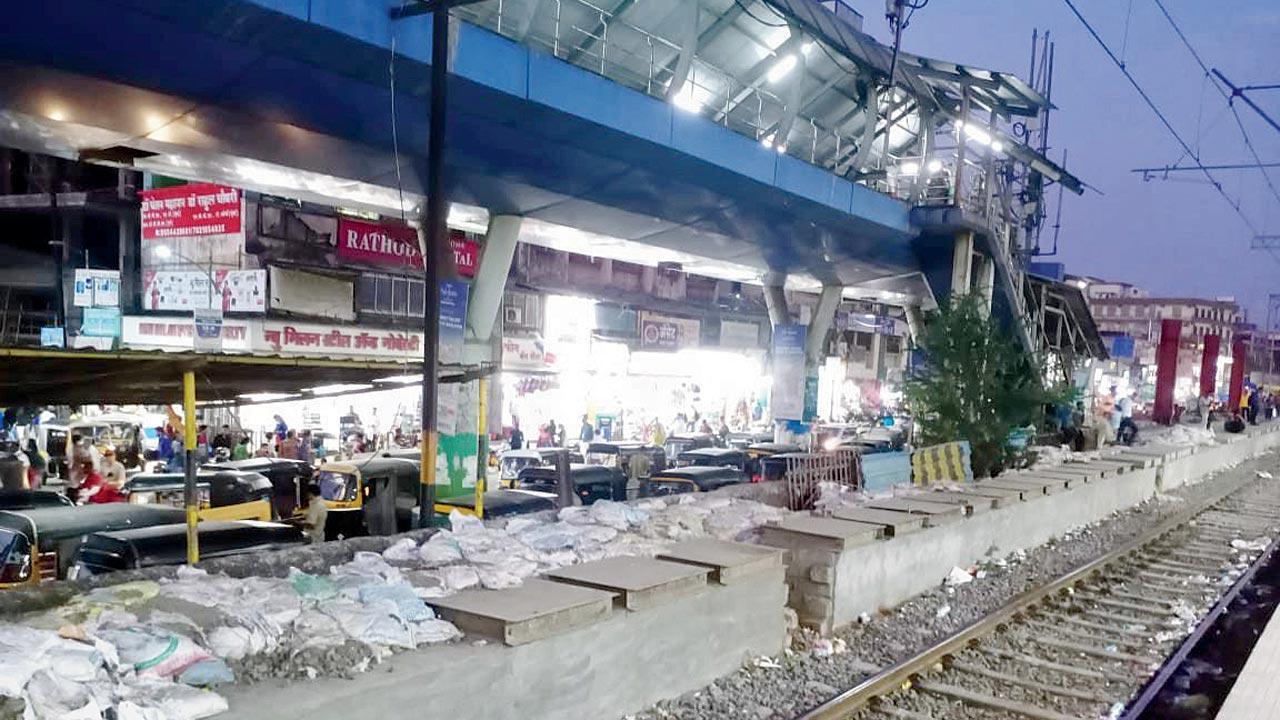 CR wants to build new platform, but as stand is public utility, authorities must shift it to nearby place without inconveniencing commuters

The railways’ plan to upgrade Badlapur station by adding a new platform has stopped in the tracks thanks to an auto stand. Despite an increase in the crowd at the station on the Central Railway, land acquisition challenges continue to stall the project. Officials said the auto stand, being a public utility, will have to be shifted to a nearby place without inconveniencing commuters. This means the work won’t start for another six months.

During a comprehensive Mumbai railway station audit done by mid-day a few years ago, this newspaper had found that the station needed an upgrade. Work had begun at other stations but had been delayed at Badlapur due to space constraints.

Also read: Badlapur woman has fishbone in throat for 15 days!

“A new home platform is being constructed at Badlapur station. The standard length of the platform is 270 metres of which about 90 m of land belongs to railways and another 95 metres of land belongs to local government and private parties. The private party land has also been acquired, but the remaining 85 metres of land where the auto stand is, are yet to be acquired,” said the official.

“Work is in progress on 185m where land is available and the work on the balance 85m length will be taken up immediately after acquisition of government land belonging to the Kulgaon Badlapur Municipal Corporation. The auto stand is located on this land which needs to be shifted for the construction of the platform. Work can be completed in four months after handing over this land to the railways,” he added.

Badlapur civic officials said that the paperwork for land acquisition has already begun and it will be completed soon. However, they were not able to share a time frame immediately.

270
Length in metres of the proposed platform