Activists on roadmap for peace in Mumbai 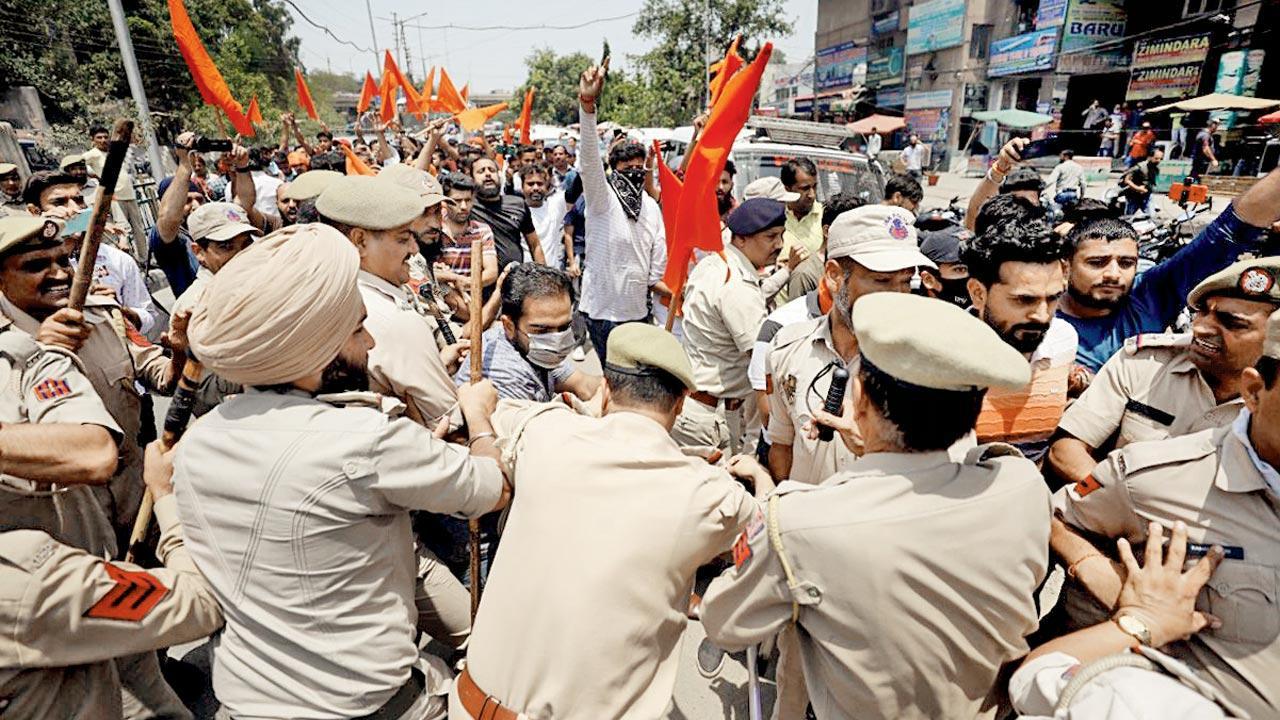 Activists talk about roadmap for peace in city; unity over enmity as protests rock country

Anjuman-I-Islam School opposite CSMT played host to a mammoth three hour meet late Tuesday evening that stretched into the night. The focus of the meet, attended primarily by certain prominent Muslim society leaders and activists of other faiths, and political party leaders, all anti-BJP voices, was about  how one can maintain peace and harmony in this multi-cultural city. The fallout of the Nupur Sharma remarks on the Prophet controversy has seen communal clashes across the country. “It is important that we talk about what can be done to maintain peace in this city where fortunately we have not seen the large-scale violence that other states have,” said spokespersons at the outset.

Speaker-activist Firoze Mithiborwala stated that the situation across was, “very serious and even now one does not know when some political leader will say something thinking: how one can gain from vitiating an already tense atmosphere.” Mithiborwala also cautioned that “extremists are of every religion and we have to curb counter communalism and avoid falling into traps.”

Tushar Gandhi stated he had one antidote to the forces of hate, “that is love. Show love and friendship for each other, irrespective of faith in daily, ordinary life. That is an immensely strong weapon and can be used to great effect.”

Post that, there were several who agreed that amity between ordinary people of all communities was the answer to the poison flowing all around. “This is not a Hindu-Muslim division. This is an attempt to break and divide India,” said one person in the packed ground floor hall as several concurred.

As the evening turned into night, a young Muslim man struck a chord as he said, “the history of Hindu-Muslim conflicts has to be taught to children. This has been happening through the ages. We cannot simply paint a rosy picture of civil society. Today, I have Hindu friends. We talk to each other, dine together, but there is silence on this front. The problems are simply not brought up. The space for that conversation has been taken away. We have to create those spaces and talk about differences.” This observation touched an awkward but true note. It showed us that the real cost of communal conflicts does not just happen on the streets or social media and is not about bulldozers and stones. It is about ‘friends’ who will not talk about certain subjects so as not to jeopardise a friendship, whitewashing the truth or friendships that disintegrate completely as the political scenario becomes a wedge, creating a gulf too wide between two persons who were immensely close earlier.

There were plenty of opinions through the three-hour discussion, but some standout points were: to have a peaceful protest rally about the current goings-on where the rule of law is strictly followed, on ground outreach to other communities, forming a permanent peace committee and sending the message that the Constitution is all important and sacrosanct. Voices that espoused humanity and equality rang across the room, which was thick with discussion and calls for other follow-up meetings were made. As minutes turned into hours, there were some dire statements, too, “there is a simmering sense of injustice in the community,” another said, “we will have to make our community youngsters aware that a lot of people across the country are with them, too, otherwise it may be difficult to hold back the anger now,” said some. Yet another gent stated that, “I saw the city change after 1992, divisions cropped up then, it may be more pronounced now,” said one. “People think that Muslims are very happy that Islamic countries have called out this country about Nupur Sharma’s remarks, but that is not true, we are ashamed it has come to this,” said Dr Zahir Qazi even as the call for the road ahead with unity and harmony was reiterated and the national anthem rang out as the meet closed.