Cousins Aaditya and Amit to spearhead Sena and MNS campaign respectively, as one seeks to continue hold over city and the other looks for an unlikely underdog win

While the Shiv Sena and the BJP are the main contenders for the BMC election, the city will also see a fight between the next generation of Thackerays—Aaditya and Amit. Mumbai and the state have been witnessing political rivalry between Chief Minister Uddhav Thackeray and Maharashtra Navnirman Sena chief Raj Thackeray since the last 13 years, and now their sons are entering the fray. The Sena has brought Aaditya forward as the face of Mumbai while Amit has started meeting with party karyakartas and youth members.

The student wing of MNS has started Punarbandhani Abhiyan under the leadership of Amit, who is the president of the wing. As part of this, Amit is visiting the party’s ward level offices to interact with students and youth. “Amit will play an important role in the election. He is meeting karyakartas and youths to understand their issues,” said MNS leader Sandip Deshpande.

Meanwhile, Aaditya, who is the guardian minister of Mumbai suburbs, will take full responsibility for the civic elections, said party insiders. “Aaditya Thackeray is the face of the youth. As guardian minister, he is taking initiatives for developing the city with a new vision,” said former mayor and party spokesperson Kishori Pednekar. 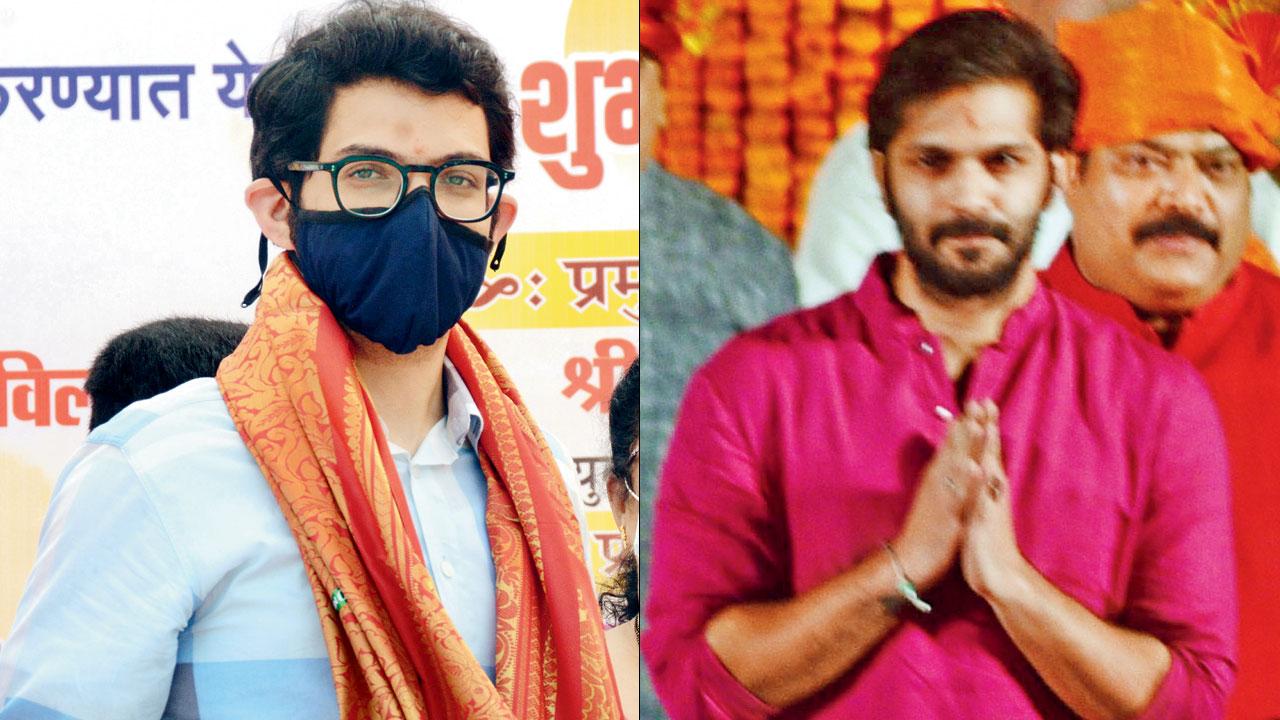 This will be the first election where Aaditya will be involved as an active leader and decision maker. “He earlier participated in the 2017 BMC election. But this time his involvement will be as the main leader of the party,” said sources.

As the election is likely to be held immediately after monsoon, it will be a major point for the competing parties. Monsoon is the biggest challenge for Mumbai as the city faces waterlogging and pothole woes every year. As a ruling party for over two decades, the Sena is held responsible for monsoon issues and Aaditya may face some of the heat. On the other hand, this may prove to be a boon for Amit, who can use this opportunity to emerge as a voice of the citizens.

What experts say
“After the formation of MNS, Uddhav and Raj Thackeray came to the fore in the 2009 Assembly election for the first time. In that election, MNS won more seats than the Sena in Mumbai. But there is a big difference in MNS since 2009. It is interesting to see how Amit will perform against Aaditya,” said Prakash Akolkar, political observer.

Sandip Pradhan, another political observer, said, “Although Aaditya and Amit worked for their parties in the 2017 elections, the situation is different this time. Aaditya is a minister now and it is certain that he will have a big responsibility. Amit will also be more active in the election.