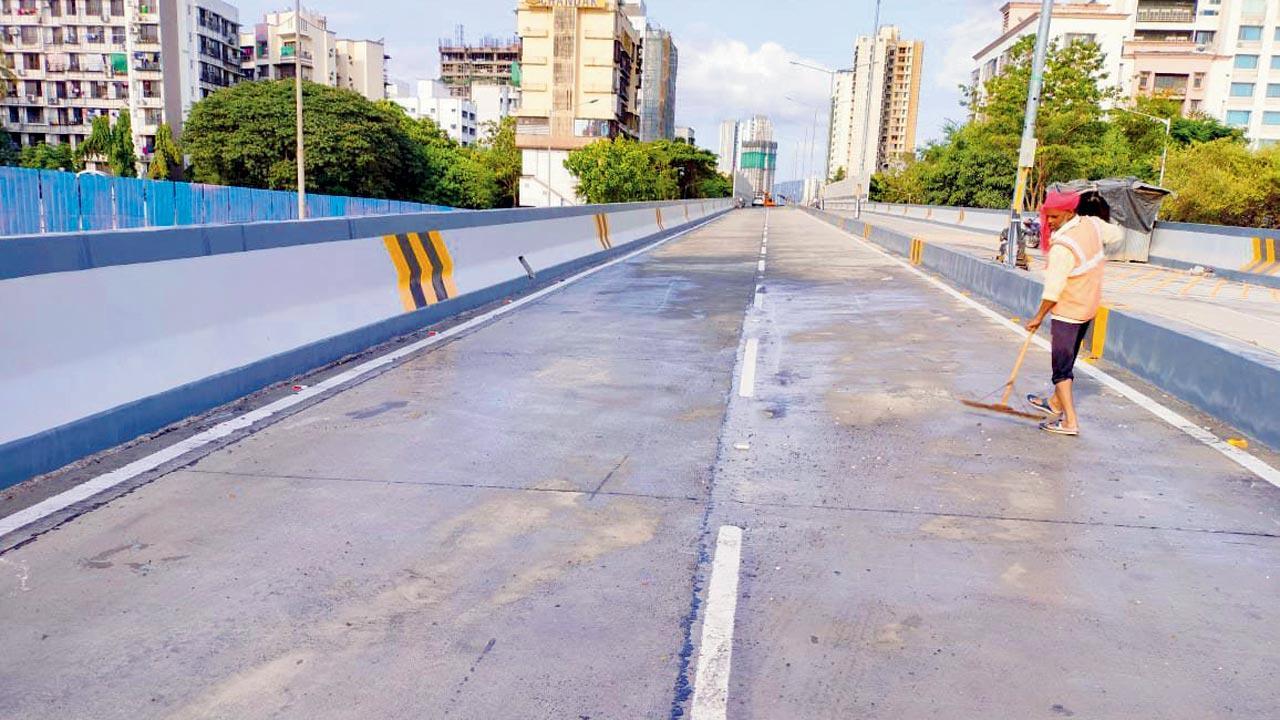 BJP leaders write to the civic body, asking that the bridge be named after CDS General Bipin Rawat; also demand that Devendra Fadnavis is invited for the inauguration

The Borivli flyover, which took four years for construction and is finally set for inauguration, has met another challenge with the BJP demanding that the bridge be named after CDS General Bipin Rawat. Former corporators from the party handed over a letter to the BMC administration in this regard on Monday. They have also asked that Opposition leader Devendra Fadnavis be invited for the inauguration alongside Chief Minister Uddhav Thackeray.

The Bharatiya Janata Party’s delegation included party leaders from Borivli and Kandivli, along with former group leader Prabhakar Shinde and party spokesperson Bhalchandra Shirsat. The letter, written by local MP Gopal Shetty, was handed over to P Velrasu, additional commissioner of the BMC.

“The work for this flyover was first recommended and followed up by MP Gopal Shetty.  Now the work of this bridge is completed. Therefore, MP Gopal Shetty has demanded that the bridge be opened immediately for traffic.  In the coming rainy season, this flyover will provide relief to the citizens from traffic congestion,” said Shirsat.

Ganesh Khankar, BJP’s north Mumbai district president, has also written a letter to the civic commissioner over the inauguration. He mentioned that the flyover may be inaugurated on June 16 and if the CM is not coming for the event and the programme is organised at ministerial level, then BJP’s Mumbai president Mangal Prabhat Lodha should be invited.

The work started on November 15, 2018, and was expected to be complete within 24 months excluding rainy seasons. The BMC had initially approved R161 crore for it, but the cost increased fourfold to Rs 651 crore due to an extension connecting it to Western Express Highway.