The Indian Muslims for Secular Democracy (IMSD) sent out a statement on Monday evening saying that it “deplored the divisive and hate-driven politics behind the statements made by the now-suspended spokesperson of the BJP, Nupur Sharma”. The organisation also unequivocally condemned the threats to her life.

IMSD also strongly condemned Al Qaeda for threatening retaliatory terror acts.  The IMSD spokesperson stated they believed that democracy is “inconceivable without the freedom of speech, a freedom that is enshrined in the Indian Constitution. All healthy democracies however make a clear and principled distinction between the right to free speech and a bar on hate speech that impinges on the right to life and dignity of the marginalised”. 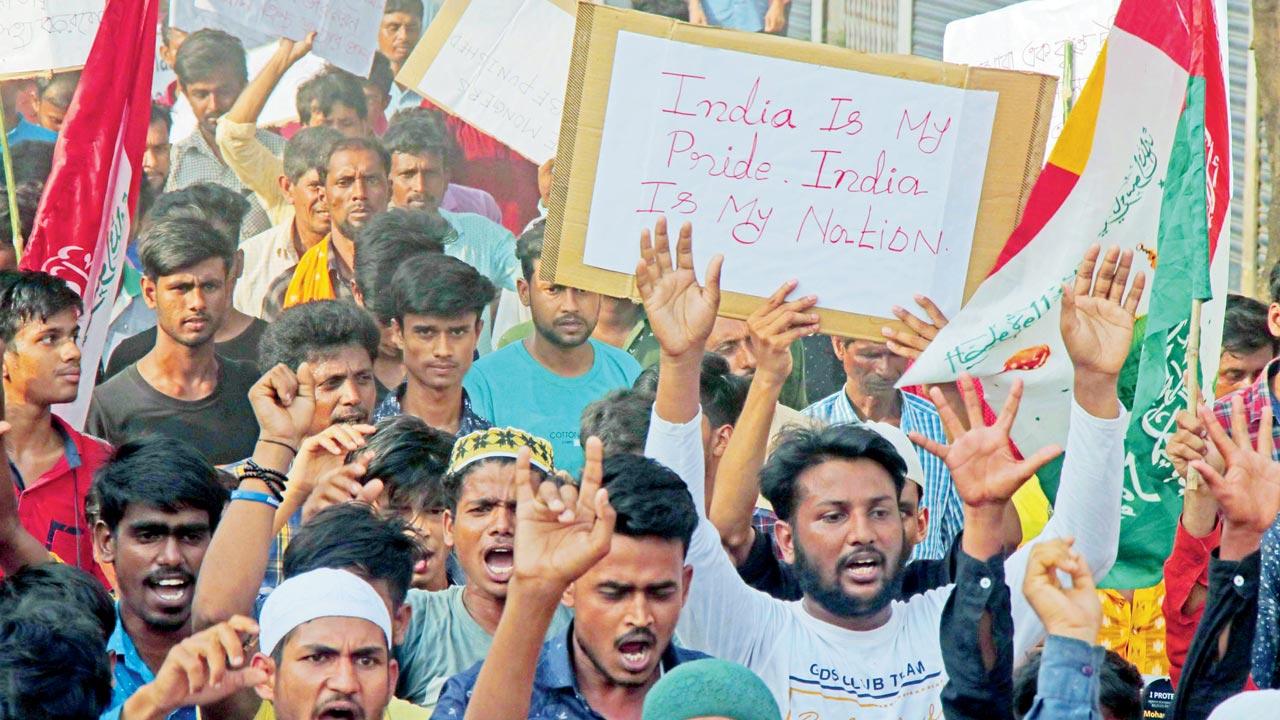 A protest over her alleged remarks, in West Bengal

A statement by the organisation read, “The right to free speech includes the right to critical, rational enquiry and healthy criticism of all forms of religious beliefs and practices. In a democratic state, there should be no place for any law on blasphemy as it has a chilling effect on free speech. We therefore categorically oppose the demand by certain Muslim/ Islamist/ Hindu/ Hindutva organizations for a blasphemy law in India. The right to criticism includes the right to offend, as also the right of those offended to protest in peaceful and lawful ways. But the offended have no right to silence the offender: no god, gods, goddesses, prophets or saints may be invoked to justify the killing of fellow humans.”

At the same time, IMSD strongly condemned the “bulldozer raj” in BJP-ruled states, UP especially, where the administration and the police are delivering “instant justice” having assigned to themselves the “all-in-one role of judge, jury and executioner”. 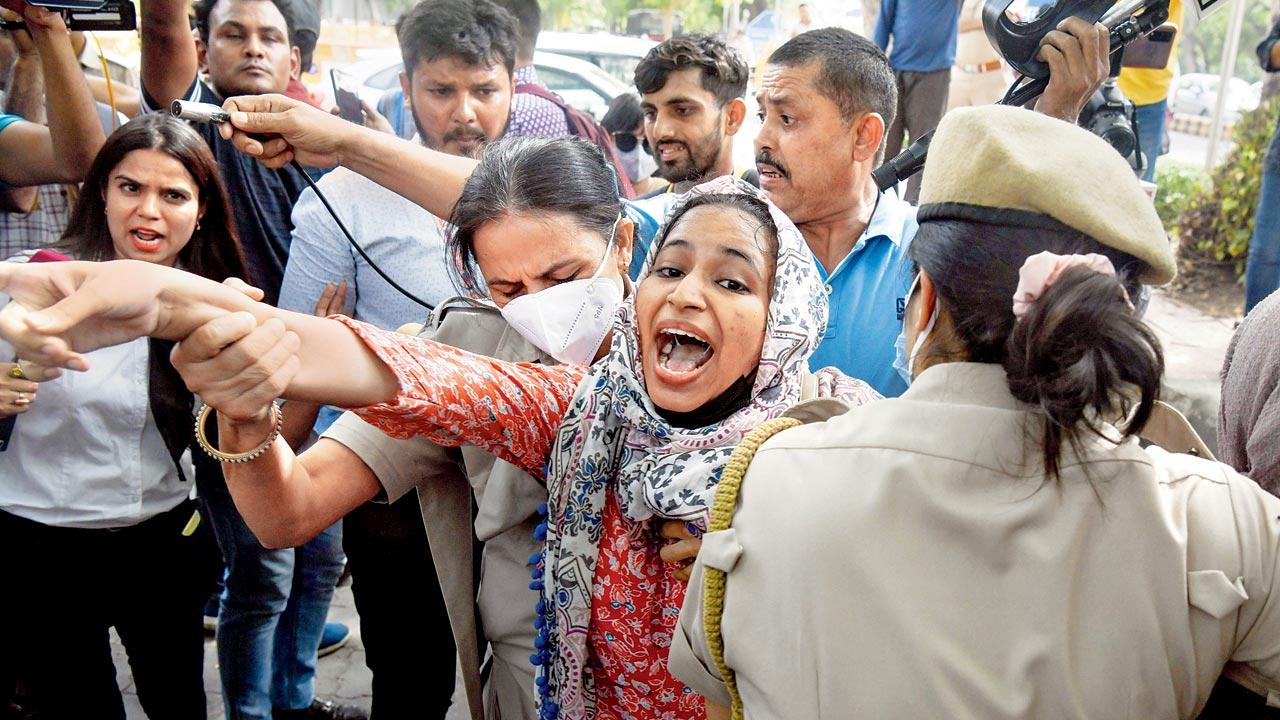 Cops detain a woman for protesting against the demolition of the illegally constructed houses in the wake of Nupur Sharma’s alleged remarks on Prophet Mohammad, in New Delhi on Monday. Pic/ANI

The IMSD said it believed that in highly polarised and communally charged societies such as India today hate speech must not be confused with free speech. It said, “At a Dharam Sansad last December Hindu religious leaders openly called for the genocide of Indian Muslims. International organisations including Genocide Watch have warned that India is on the brink of a genocidal bloodbath. But India’s Prime Minister continues to remain silent on the subject.”

The statement continued, “Hindutva’s Hate Factory is working 24/7 to demonise Indian Muslims, vilify them and a complicit electronic media offers a ready platform for daily mud-slinging, verbal warfare under the pretence of debate. IMSD would also like to call out the so-called Islamic scholars who are bringing disrepute and playing with the safety and security of Muslims by participating in such prefixed TV debates.”

“The over dozen governments from Muslim-majority countries which have now expressed outrage over the insult to the Prophet have been conspicuous by their total silence in the last eight years, and earlier, despite repeated attacks on Indian Muslims, including the recent call for genocide. IMSD is not the least surprised because these very governments have no respect for human rights and freedom of expression. We demand that these governments mend their ways, promote fundamental rights and freedoms of all citizens, in their own countries and across the globe. It is rather rich for these despotic regimes to teach us lessons in secularism and pluralism,” it said strongly.

There are more than 100 signatories, most of them Muslims but not all, to the statement.