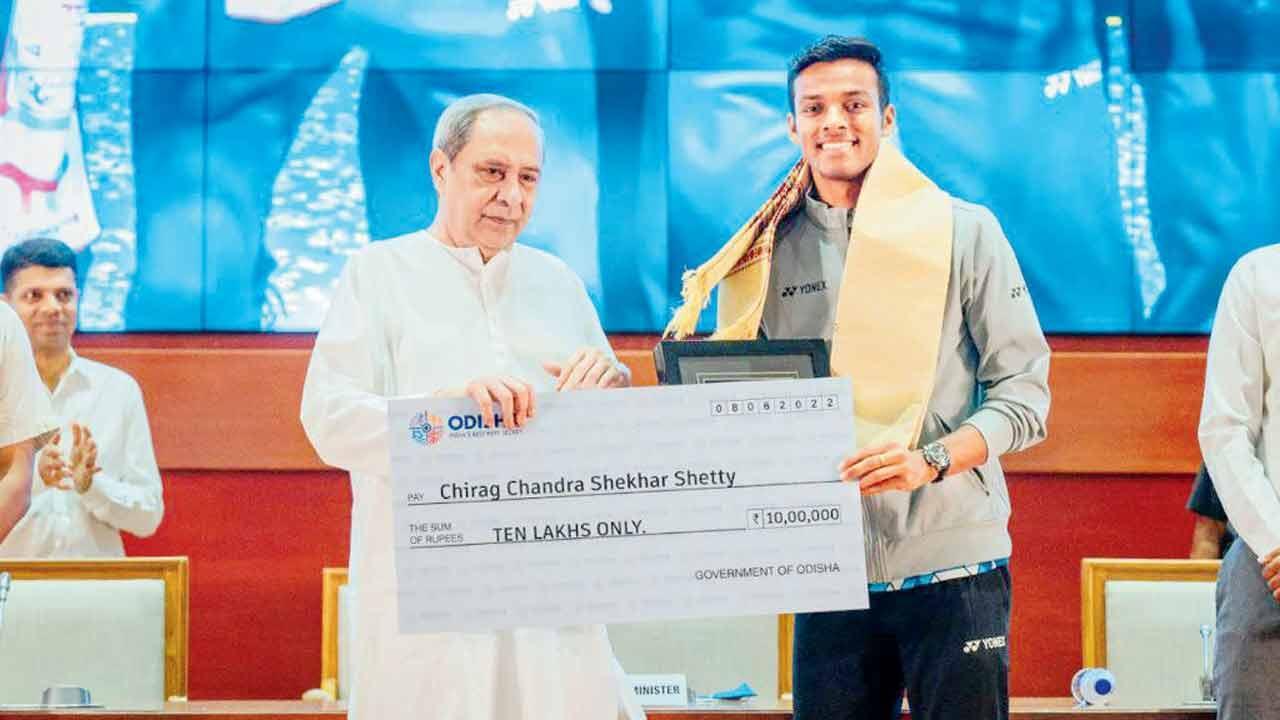 Days after India’s swift and smart shuttlers brought home the Thomas Cup, a first in over 70 years, an agile Odisha government has raced past its Maharashtra peer in felicitating the winning squad that included Malad man Chirag Shetty.

After India’s victory, the Maharashtra sports commissioner sent a proposal to the state government for the felicitation of local boy Shetty, who has also represented the state at the national level for more than a decade, but it’s still stuck in red tape.

“I am confident that the state government will approve the proposal and definitely honour him,” Omprakash Bakoria, commissioner of sports, Department of Youth, Sports & Services, Maharashtra, told mid-day.

Sources said the commissioner had sent a proposal before May 20, but the Maharashtra government is yet to act on it. In sharp contrast, Odisha Chief Minister Naveen Patnaik has already honoured him on June 8.

“Thomas Cup is the world championship in team events. Our team won this championship after 76 years for India. This is a very, very big achievement. I feel players don’t get the reward they deserve,” said Chirag’s coach Uday Pawar, who has also played in the Thomas Cup. “Chirag is the son of Maharashtra. He has played for the state for a decade.”

“The team should have been praised not only by the states the players belong to but also by the corporate world. All players are legends now… They made the country proud. This team has world champions now. They deserve to be glorified,” he added.

Chirag’s father Shekhar Shetty feels the same. “We don’t have any complaints about the state government, and they always help Chirag. But we would have been happier if the Maharashtra government had honoured Chirag before any other state,” he said.

Chirag is currently busy at the national camp in Hyderabad for the next Malaysia Open tournament. Speaking with mid-day, he said, “The state government has provided me with a Rs 50-lakh grant each for the Olympics and Commonwealth Games. But it is always good to be recognised by my state. I’m hoping I will be felicitated soon by my state.”

As per a government resolution, coach Uday Pawar said, Olympics, Commonwealth, Asian Games, and World championship tournament winners get financial assistance from the state government. This does not include the internationally acclaimed Thomas Cup, Uber Cup, Wimbledon, grand slams, the world’s top five marathons, and Tour de France. This GR delayed Chirag’s felicitation, said sources. Also, there is a proposal pending to include this internationally acclaimed tournament in the list.

15 May
Day India won the Thomas Cup in Thailand