Matheran toy train to be back on tracks by year-end

Along with the train, the MSRTC also intends to run a public transport bus and electric rickshaws, giving an overall boost to the hill station 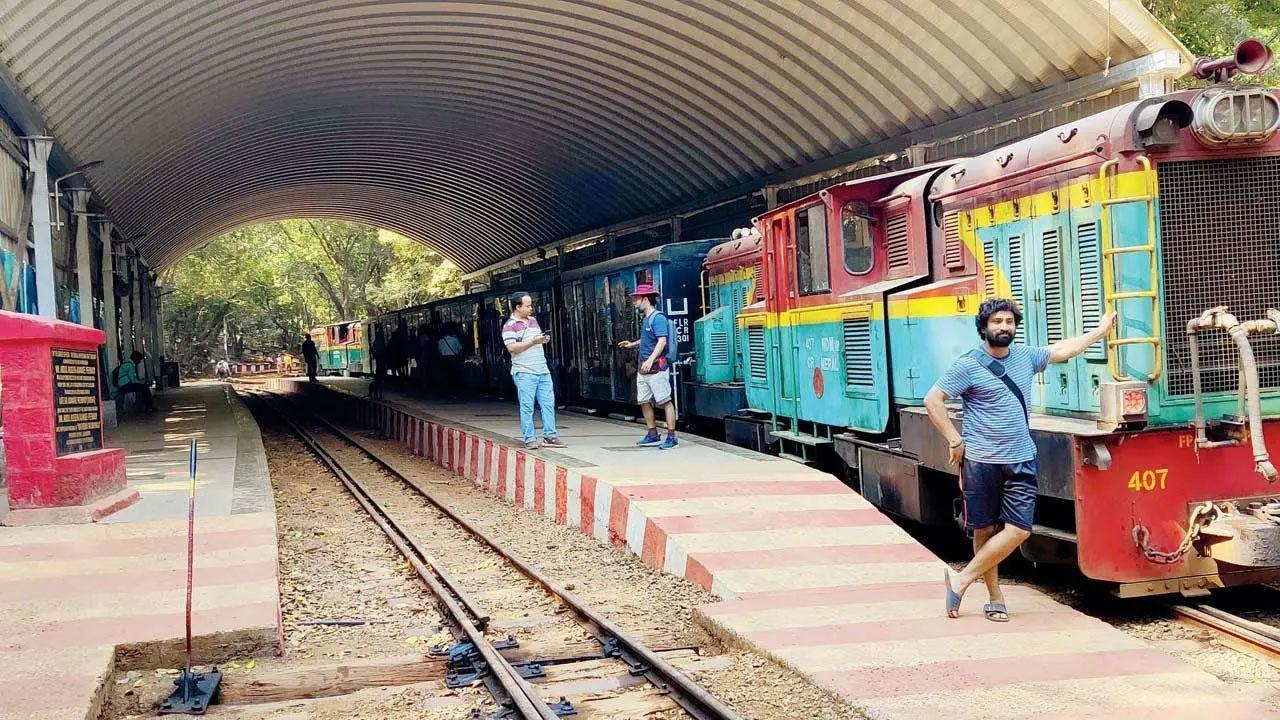 Passengers beside a toy train on the Aman Lodge-Matheran route. Pic/Nimesh Dave


The toy train is back. The complete stretch of the popular Neral-Matheran train that has now been shut for over three years, should be up and running for passengers by this year-end. Of the 20-km stretch, the train currently runs only on a small stretch between Aman Lodge to Matheran. Along with the train, the MSRTC also intends to run a public transport bus and electric rickshaws, giving an overall boost to the hill station.

“As of May 2022, of the 19.2km stretch that needs to be worked on, about 4.52km has been completed. We are working towards a deadline of December 2022,” a senior official said. In addition to trains, the Matheran Municipal Council is working on running mini public transport buses between Neral and Dasturi junction and electric auto rickshaws, which were approved last week.

“Right now, taxis charge as much as between Rs 200 to Rs 400 for a single journey right between Matheran and Neral station.  Ola and Uber can’t go beyond a point. Once the other options are available, this monopoly will end,” said Ranjeet Kumar Sandhu, a tourist guide.