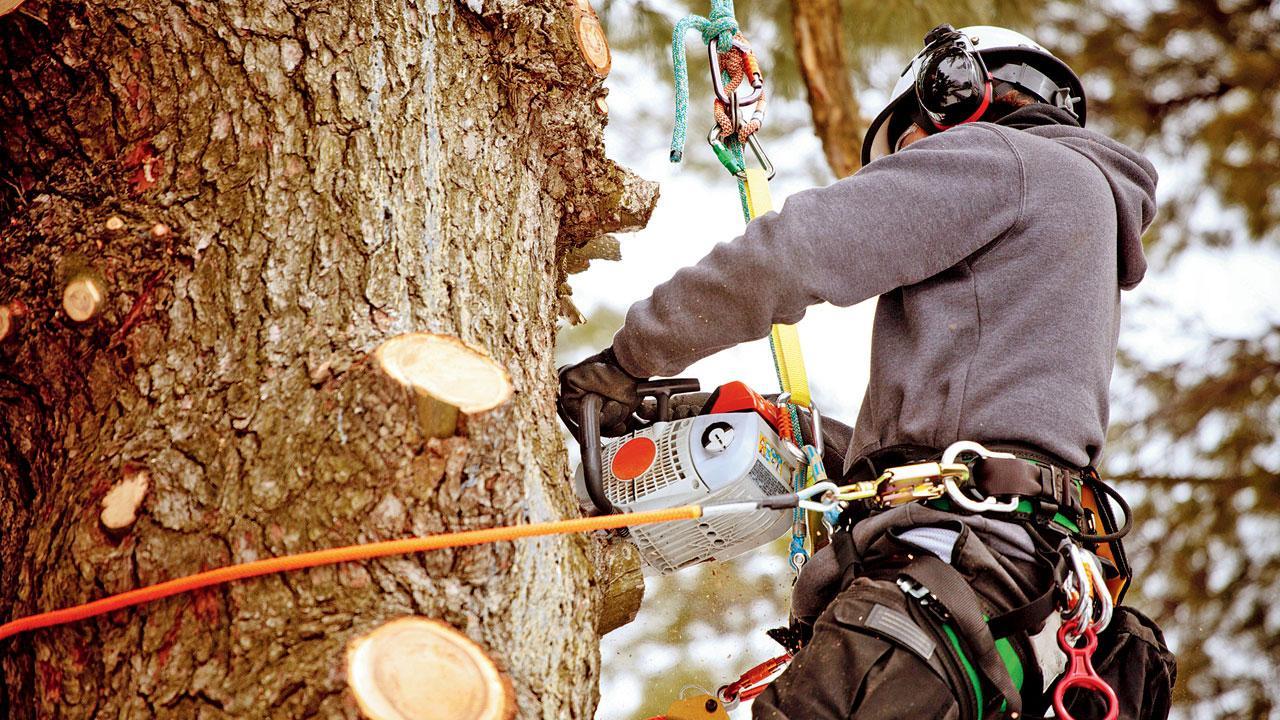 A 45-year-old worker died of electric shock while pruning the branches of a tree located in a co-operative housing society in Navi Mumbai on Friday. The metallic chopping blade, which the worker Gautam Gareeb Yadav was holding to lop the tree branches, touched a live wire accidentally, said a co-worker.

Yadav’s body was hanging on the live wire, before falling down and getting caught in a tree branch where it remained for nearly two hours after the incident, said an eye-witness. Based on the complaint of Yadav’s co-worker Pravin Bhoimbar, Vashi police have registered an FIR against a supervisor and office bearers of New Alaknanda Co-op. Housing Society, MG Complex, Navi Mumbai.

Talking to mid-day, Bhoimbar said, “We had been called by the housing society on June 7 to prune the branches of trees in the premises. Though we had asked the supervisor Bharatmun Pali to give us the Xerox copy of  permission letter given by the municipal corporation, he did not. He asked us to continue the work saying he will manage everything [else].”

“The pruning of trees began the same day by four workers, including Yadav who is no more with us. On June 10, Yadav told the supervisor that he will not climb high to lop the tree branches fearing he might get electrocuted as the live wire was close-by. But the supervisor forced Yadav to go against his will, threatening that his cheque won’t be cleared otherwise,” said Bhoimbar, who is the complainant in the FIR.

“Since Yadav had to pay his house rent, he climbed up and started chopping the branches but accidentally touched the live wire and got electrocuted,” recalled Bhoimbar, adding, “We called everyone in the society but no one came forward to help. He was then rushed in a civic ambulance to a municipal corporation hospital but was declared dead upon arrival,” he said.

“I don’t know how, but after the FIR was registered, the society immediately submitted the municipal corporation’s order to chop the trees before the arrival of monsoon. This needs to be investigated,” Bhoimbar said. The Assistant Police Inspector Jaywant Jagtap, attached to Vashi police station, said, “We have registered an FIR under section 304-A [causing death by negligence], 34 [common intention] of IPC and served notice to the supervisor and office bearers of New Alaknanda Co-op Housing Society. No arrest has been made so far.” “Our investigations are in full swing,” Jagtap added.