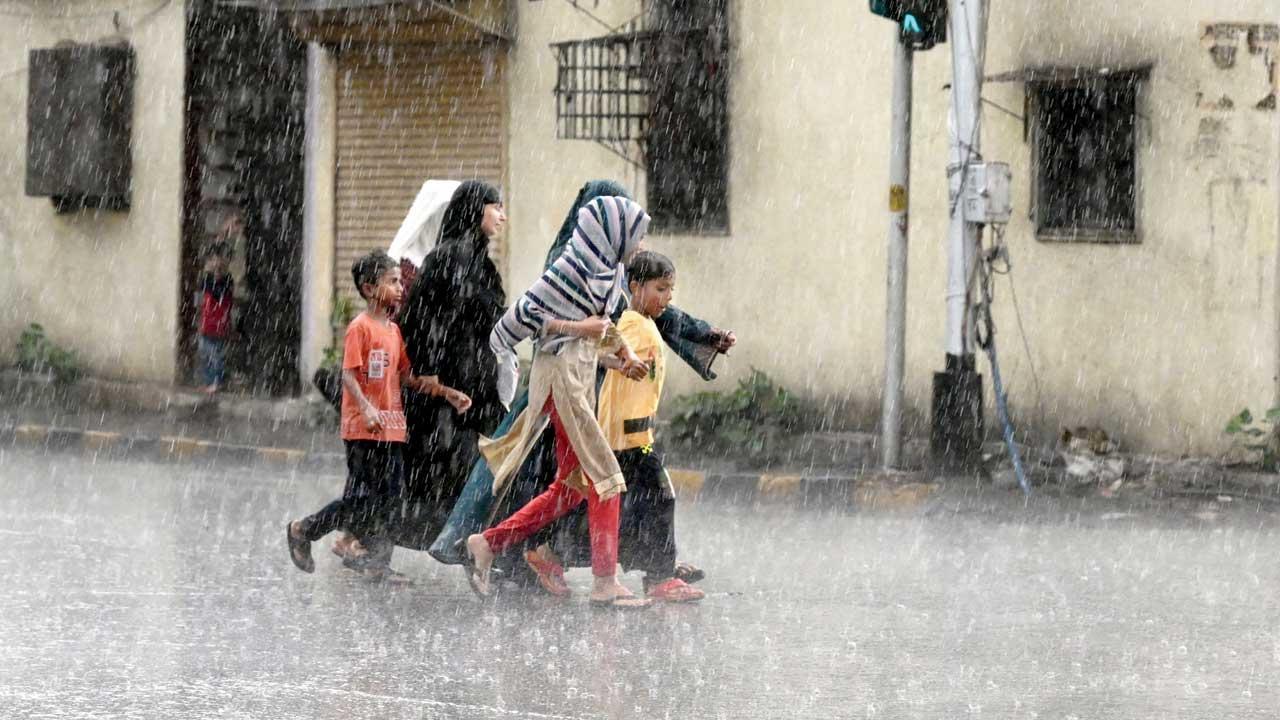 A group caught unawares in Mahim on Thursday. Pic/Bipin Kokate

Monsoon knocked on the doors of Mumbai on Thursday evening, with a few suburbs outskirts receiving a spell of pre-season showers. But the effect spilled onto the city roads that saw jams on many stretches. Railway services also saw some disruptions.

Officials said these are pre-monsoon showers. There were showers in suburbs and extended suburbs. The trans-harbour line was affected as an overhead wire got snapped near Vashi station, hitting services during peak hours, with crowds swelling across stations on the trans-harbour line.

Meteorologists said Goa and Konkan (south and north) regions have started to witness some rainfall activities, all thanks to the feeble “cyclonic circulation” that has developed off the coast of Konkan in the Arabian Sea.

“We had already predicted the advancement of the monsoon towards Goa and the southern part of Maharashtra. The synoptic conditions are getting favourable leading to Mumbai and adjoining areas receiving pre-monsoon showers. The monsoon will further advance over the region in the next two days,” said Jayanta Sarkar, scientist and head of IMD Mumbai.

“This cyclonic circulation will be conducive to bringing in the monsoon over the Konkan region during the next few days. Rains are expected to be moderate rains from Friday. Rainfall activities could be heavier between June 11 and 13.