After 40 minutes of rainfall, Bhandup-Sonapur junction gets waterlogged

Rainfall of a mere 21.32 mm/hour on Thursday night, one-third of BMC’s claims, floods Bhandup-Sonapur junction, causing traffic woes until afternoon the next day


The scene at the Bhandup-Sonapur junction on Thursday night washed away the BMC’s claims made just a few days ago—‘Mumbai won’t flood even if it rains at 60-70 mm per hour’. However, after just 40 minutes of rainfall, the junction was waterlogged and the rainwater hadn’t completely receded even by the next day. This caused heavy traffic jams on the LBS road, which could be cleared only by Friday afternoon.

The BMC earlier this week promised the Mumbaikars that that the “city will not get flooded if it rains at the speed of 60 to 70 mm per hour, as it has tackled 73 per cent of the flooding spots.” mid-day reported about this claim on June 7, and two days later, the Bhandup-Sonapur junction was in almost knee-deep water.

The entire LBS Road of Sonapur junction was waterlogged, causing heavy traffic jams. Around six traffic police officers were rushed to the spot around 8 pm on Thursday and they worked till 12 am. More officers were sent again around 8 am on Friday and they managed to fully clear the traffic by 1 pm. 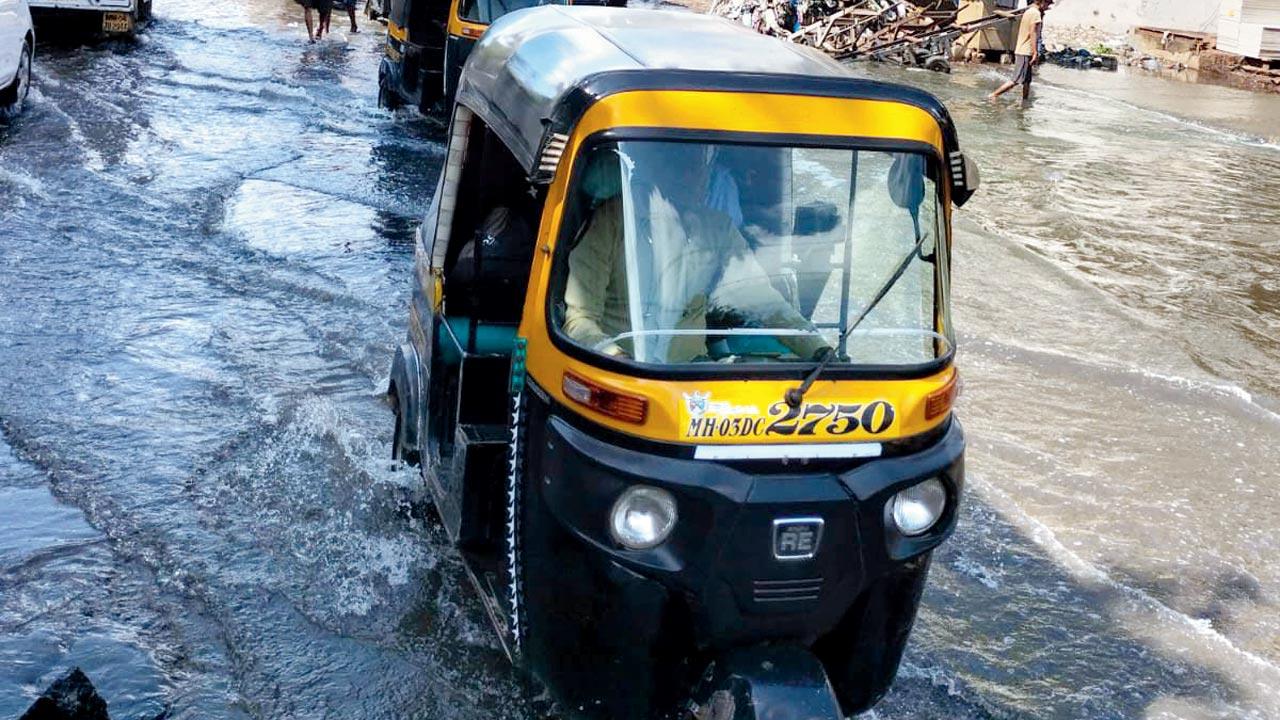 The waterlogged junction on Friday morning

The  area  was  waterlogged for over 15 hours.

Senior Inspector Unmesh Tithe of Mulund Traffic division said, “Due to heavy rain on Thursday evening, the Bhandup-Sonapur junction on LBS Road was waterlogged and there was traffic on both lanes, as vehicles were not able to move. Our officers towed many vehicles that got stuck and couldn’t start. The area was waterlogged until Friday afternoon.”

Also Read: Mumbai won’t flood even if it rains at 60-70 mm per hour, claims BMC

Local Corporator Neel Somaiya said, “The BMC promises proved to be fake in Mumbai’s first rain itself. The civic body didn’t carry out nullah cleaning work properly, which is the main cause of waterlogging in the area.”

BMC T Ward officer Chakrapani Alle of Mulund said, “The spot that was waterlogged is the boundary of our ward with the S ward. We are investigating this matter.”

73 per cent
Flooding spots BMC claims to have tackled