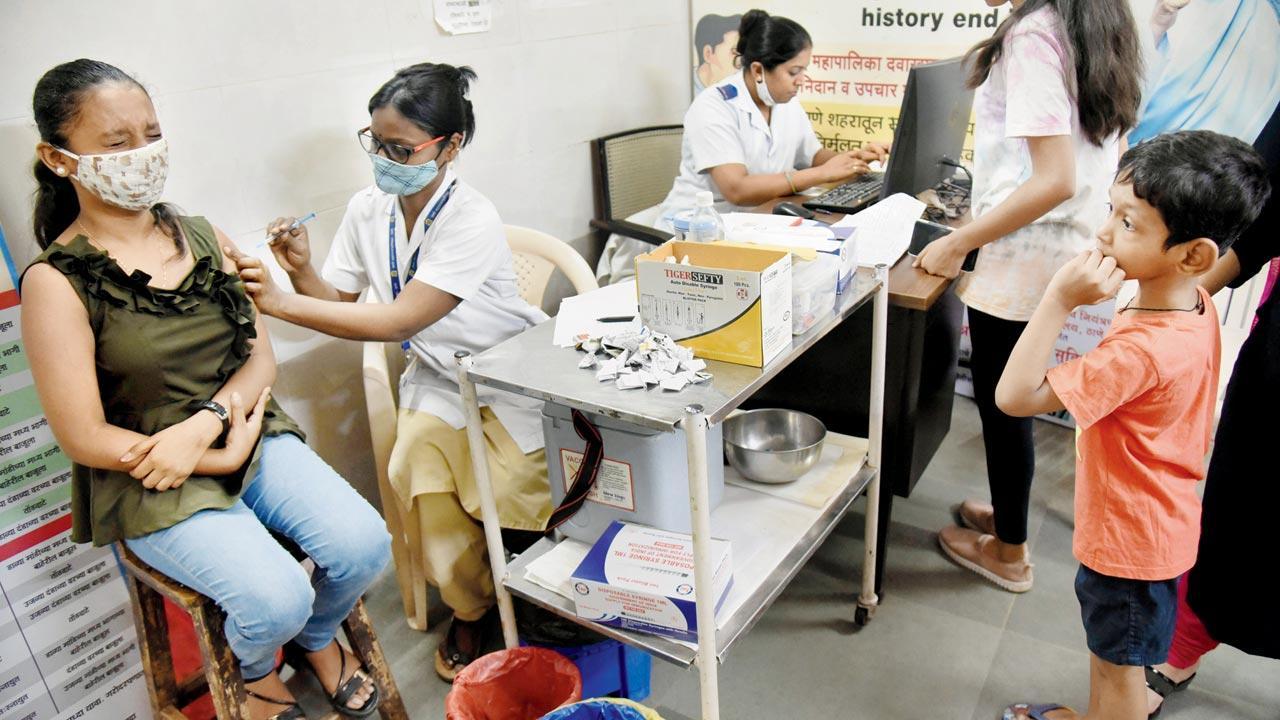 Pace of first-dose vaccination slowed down significantly over the past two months with only 4 lakh people taking it, officials say they cannot force people to take it

A college student gets a dose of vaccine at Wadia Hospital in Thane West on Friday. Pic/Sameer Markande

Around 8 per cent of the adult population in Maharashtra or 70 lakh citizens are yet to take the first dose of vaccine against COVID-19. The pace has been especially slow since the past two months with only 0.45 per cent of the total beneficiaries taking their first dose during the period.

Health officials said they are trying to reach out to these people, but added that if they do not want to get vaccinated, they cannot force the citizens..

Health department officials said, “We have conducted camps at villages, in tribal areas. Our staff has gone in the night too for vaccination. We got a good response but some people still turn their back on vaccines. We have more than 1 crore vaccines in reserve including 40 lakh doses each of Covishield and Covaxin and another 38 lakh doses of Corbevax.”

State Vaccination Officer Dr Sachin Desai said, “We have been urging people to get their dose. But we can’t force anyone.”

Districts with most 1-dose vaccination