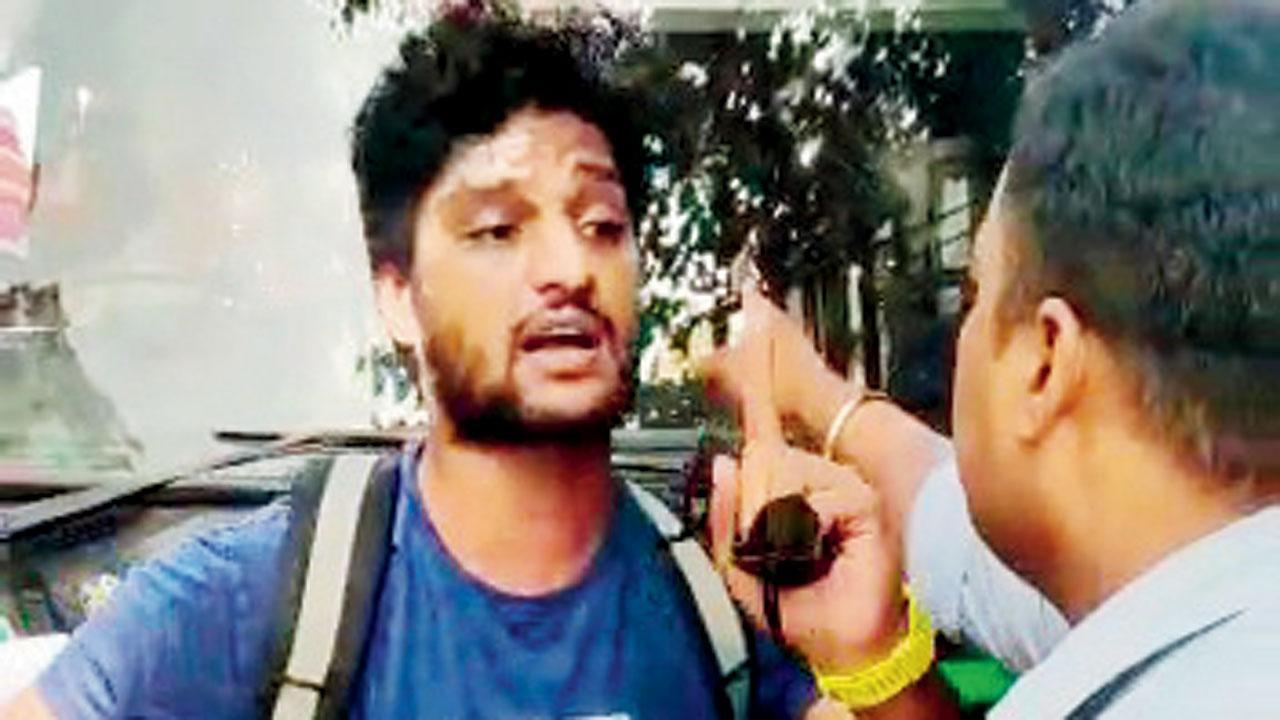 The accused allegedly could not board 2-3 buses due to overcrowding; when another bus driver did not stop for him, he picked up a big stone and broke the windshield

A 26-year-old man from Malad West has been arrested on charges of damaging government property after he broke the windshield of a bus with a stone on Thursday. Cops said the accused committed the crime as the bus driver refused to let him board as the bus was overcrowded.

The incident took place when the accused, Mervil Ribeiro, was waiting for a bus at Malad Chowki Junction on Link Road to go to office. He allegedly waited for a long time and could not board 2-3 buses as they were crowded. As he was running late, when a route 345 bus, that runs between Kandivli and Goregaon, arrived, he tried to forcibly get in. However, Shankar More, 47, who was driving the bus, denied him entry. Ribeiro then ran after the bus and made it stop.

Senior Inspector Pramod Tawde of Bangur Nagar police station said, “When the driver told Ribeiro to step aside and give way to the bus, he refused to step aside. Ribeiro picked up a big stone and damaged the windshield, which was recorded by More and other passengers. As the incident led to traffic jam, traffic police officers reached the spot and nabbed Ribeiro.”.

“We have registered a case against Ribeiro under various sections of the IPC for assaulting a public servant and obstruction of duty read with sections 3 and 7 for damaging public property. We will produce him before the court tomorrow,” he added.