Malaria cases on the rise ahead of monsoon 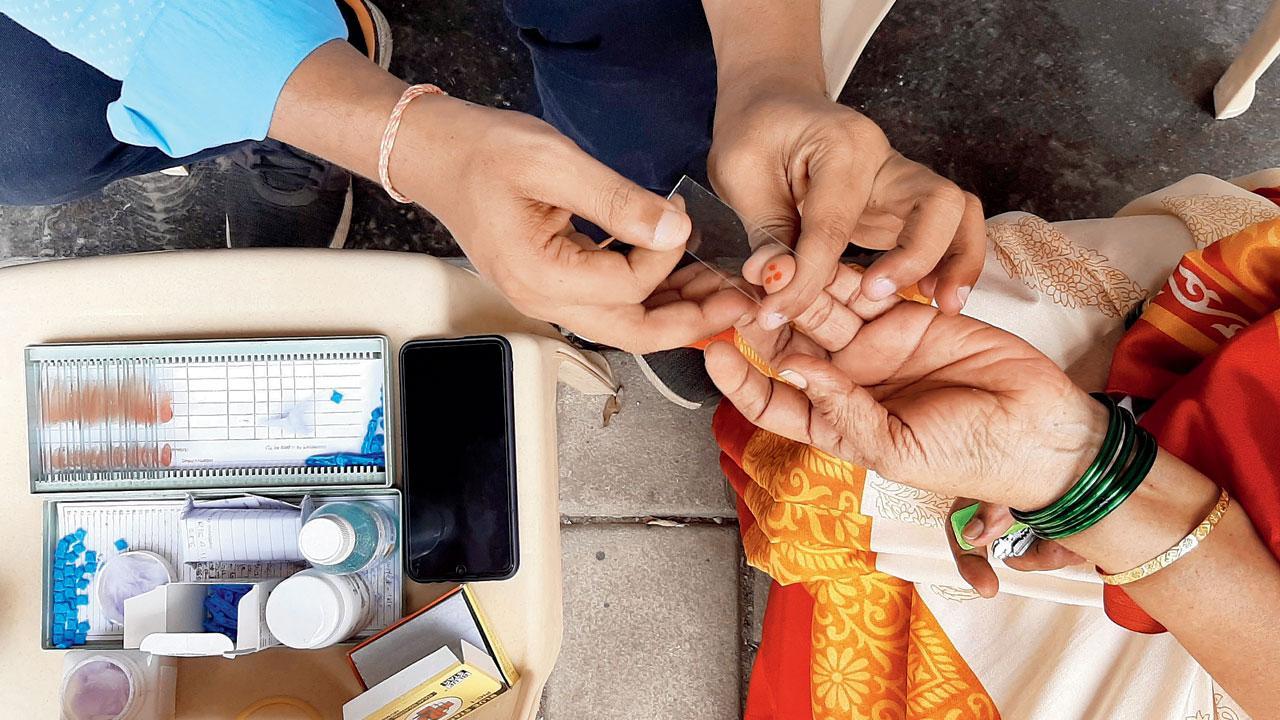 G South and E wards logged the cases in the first five days of June; city reports other diseases as well, such as dengue and gastroenteritis

A medic collects blood samples for dengue and malaria testing. Experts have advised that those with fever and chills get tested at the earliest. File pic

Two wards in the city—G South and E—have reported 57 malaria cases in the first five days of June, even before the onset of monsoon. The cases have come from both residential areas and construction sites, as per civic health officers. Experts have advised people to take preventive measures to avoid such vector-borne diseases and opt for testing in case of fever with chills.

According to health officials, Elphinstone and Byculla are contributing a majority of the cases in the two wards. Dr Devendra Golhar, medical officer from G South ward, said, “The cases are coming from different parts of the ward. Surveillance is on and all steps are being taken to prevent spread and for treatment of patients.”

A health officer from E ward said, “As per direction, we are screening people working at construction sites. So we have got cases both from residential areas and construction sites.” So far this year, a total of 950 cases of Malaria have been reported in the city. There has been no casualty. Apart from this, 10 cases of dengue and 78 cases of gastroenteritis have also been detected in the first five days of the month.

Dr Preeti Chhabria, director, internal medicine and general medicine, Sir HN Reliance Foundation Hospital, said, “I have been seeing malaria cases since the past couple of months with almost a dozen patients being hospitalised. Monsoon is about to start and people should see to it that there is no water accumulation, which is favourable for mosquito breeding, at home. One can use mosquito repellent cream and wear clothes covering the body to prevent mosquito bites. And if anyone has symptoms of fever with chills, they must get tested at the earliest.”

BMC Executive Health Officer Dr Mangala Gomare said, “Cases are less as compared to the previous year. Do not take self-medication and consult a nearby health post, dispensary or hospital immediately if there is fever, headache, rashes, muscle, joint pain, vomiting, or diarrhoea. Treatment should not be delayed because it leads to complications.”