3,431 fined on Day 1 of action against helmetless bikers and pillion riders

The traffic division was directed on Wednesday to take action on bikers and pillion riders without helmets on both Western and Eastern Express Highways as well as major roads leading to toll plazas from Thursday. “There were objections from many about action across the city, hence we decided to take action on express highways and prominent roads,” said a senior traffic police officer.

Sagar Kadam, who was riding with his friend without a helmet, was fined by Matunga Traffic Police. He said, “I didn’t know about the move and was unaware of the penalty, but I will comply henceforth and keep a spare helmet.” 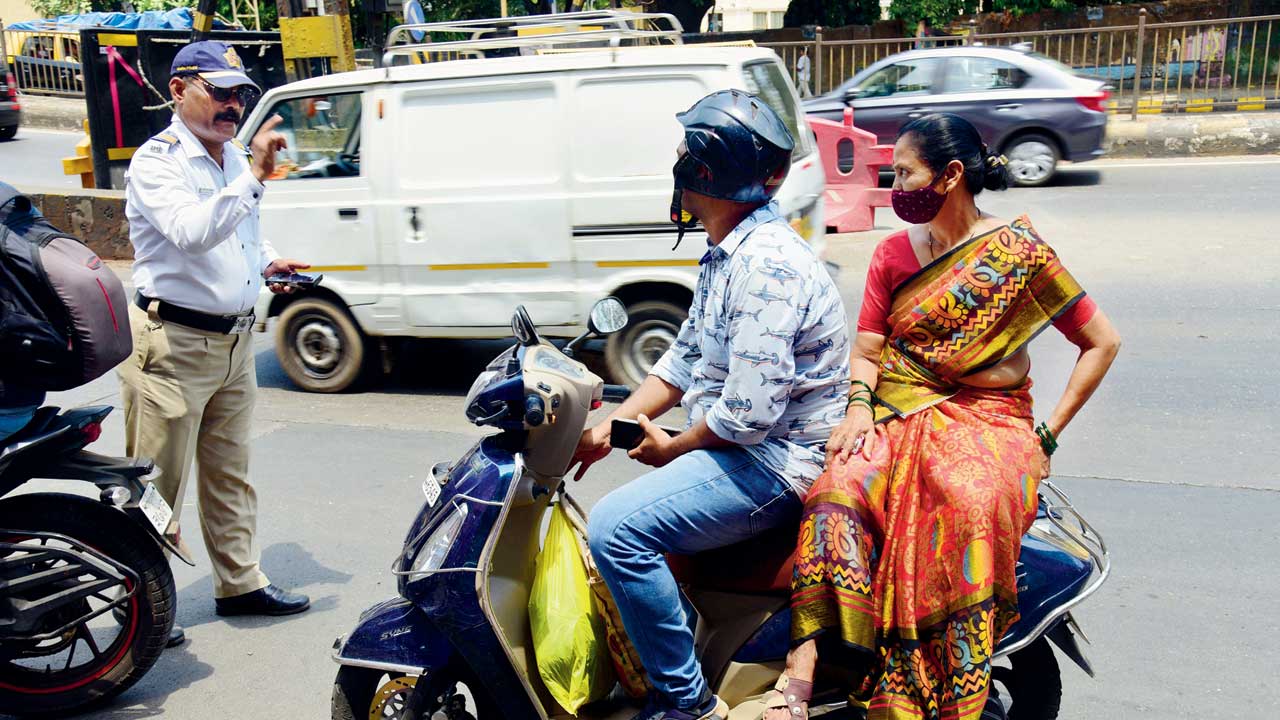 A cop stops a bike as the pillion rider is without a helmet, at Lalbaug on Thursday. Pic/Pradeep Dhivar

“While it is compulsory for both the rider and pillion rider to use helmets under section 129 of the Motor Vehicles Act, 1988, it is seen that rider or pillion rider or both do not wear helmets. Accordingly, today we took action against 2,334 two-wheeler riders, 3,421 pillion riders and 516 where both were challaned, bringing the total to 6,271,” said Raj Tilak Roshan, DCP (Traffic-Headquarters and Central).

“We have started taking action against riders as well as pillion riders without helmets. Action is being taken for the safety of both. We urge motorists to comply with it,” said Rajvardhan, joint commissioner of police (traffic).