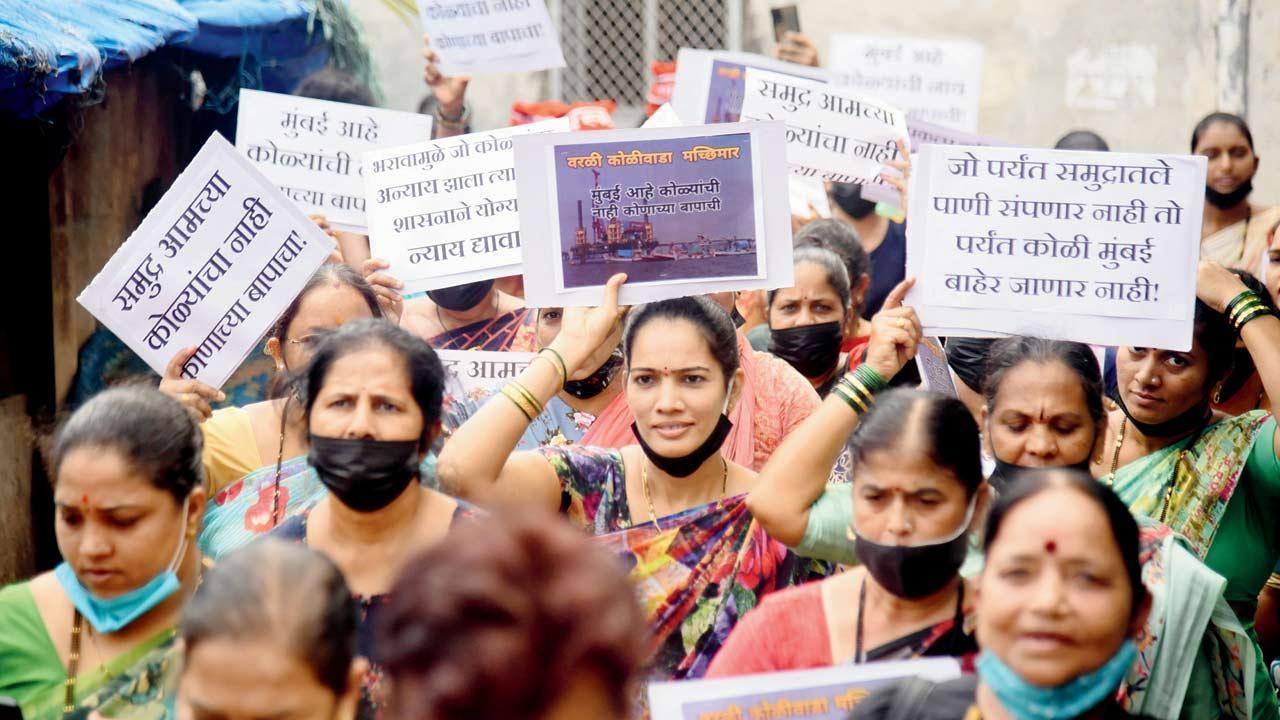 As the BMC decided to not increase the span of  the Coastal Road pillars beyond 60 metres for navigation of boats at Cleveland Bunder, fisherfolk from Worli have threatened to stop the work again. In a letter to the civic body, the fisherfolk said that if the contractor continues work on the interchange beyond pillar 5, it will amount to violation of the terms of the CRZ clearance.

The National Institute of Oceanography (NIO), in its report to the Brihanmumbai Municipal Corporation, stated that a 60-metre distance between pillars is sufficient and appropriate. However, the civic body has proposed accident response measures and insurance cover which indirectly acknowledgement of the risk of the present navigation span.

The fishing community in Worli had demanded that the distance be increased to 200 metres for the safe navigation of the fishing boats. In a letter to the BMC, Worli Koliwada Nakwa Matsya Vyavsay Sahakari Society and Worli Koliwada Sarvodaya Sahakari Society mentioned that the present span of 60 metres is a death trap. The Coastal Road extends further south up to Cuffe Parade, and to the north it will eventually connect to the Versova-Bandra Sea link. The navigation span provided at Cuffe Parade is 100 m while the spans provided by the MSRDC for the sealink at Chimbai, Khar Danda Juhu are 120 m, 150 m, etc. They asked that if it was possible to provide larger spans for the navigation of fishing boats at other locations along the same stretch of the coast, why it was not possible to increase the span at Cleveland Bunder in Worli.

The letter further mentioned, “In January, the BMC asked us to produce a technical report to ascertain the minimum distance between pillars for safe navigation. The work on the pillars 1 to 5 was resumed the next day. We consulted Dr Surendra Thakurdesai, a reputed coastal geomorphologist for a technical study. This study refers to data produced by government institutions (NIO and the Maharashtra Maritime Board) and ascertains that the navigation channel at Cleveland Bunder is rocky, shallow and has higher turbulence.” The report concluded that a minimum span of 160 metres would be required for safe passage.

“The corporation sent the study to NIO to refute the report. The NIO report refers to standards for inland fishing harbours where waters are still and not exposed to strong currents. The NIO report argues that ‘boats are not stationary floating bodies that would drift as mentioned in the report but are motorised vessels that have controlled movement’. However, boats cannot be compared to cars driven along defined motorable roads. The Maharashtra Maritime Board continuously surveys depths near shore areas and publishes hydrographic charts which clearly show the shallow rocky nature of the bed in front of Cleveland Bunder. These rocks not only add to the risk of collision but also make water more turbulent and thus a wider span is required,” said Nitesh Patil, secretary of the fishermen’s society.

“The provision of an adequate navigation span for the safe access of our boats was one of the conditions of the CRZ clearance. If the contractors continue work on the interchange beyond pillar 5 this will also be a violation of our fundamental rights. The present government has no concern for the lives and safety of the original inhabitants of the city. We will therefore resist any further attempts to carry out work on the interchange beyond pillar 5 and will hold the BMC solely responsible for any mishap or loss of life,” said the fishermen in the letter.