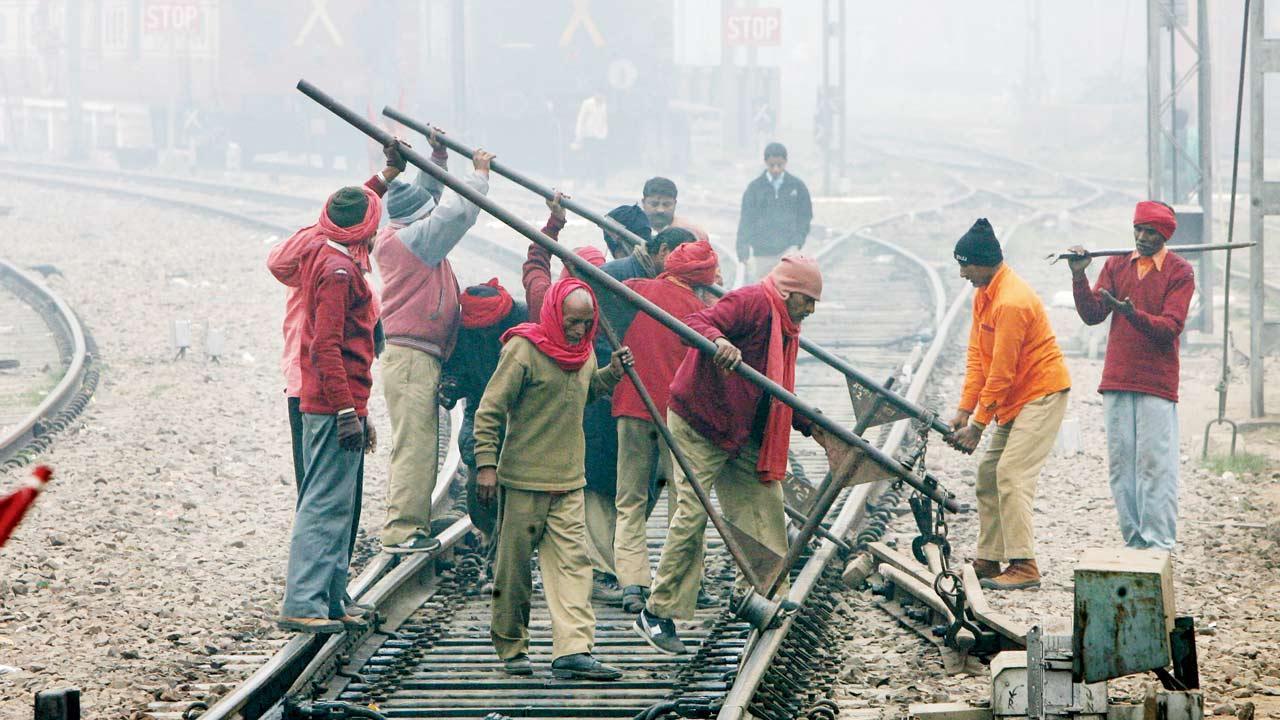 Hours after mid-day published a report on the bunking scam at the Andheri office, Western Railway officials on Friday suspended the senior in-charge of emergency maintenance workers whose proxies were being marked while they were in their respective hometowns.

Arvind Kumar supervised the emergency maintenance work at the Senior Section Engineer (P.WAY) office of WR in Andheri when the racket was busted. The vigilance department of WR discovered that more maintenance workers were on leave when their proxies were being marked at the office, sources said.

All the employees who have so far been found to be involved in the scam worked under Kumar. “The office does not have a biometric attendance system, and the officer and the workers took advantage of this,” sources said. Each worker paid Rs 500 to Kumar for a day’s proxy, revealed the probe.

Arvind Kumar supervised the emergency maintenance work at the Senior Section Engineer (P.WAY) office of WR at Andheri when the racket was busted. Pic/Hanif Patel

A railway official said, “More than 350 workers deployed on emergency duty under the position ‘Track maintainer IV’ were under Arvind Kumar’s supervision. Kumar was responsible for assigning tasks to these workers at railway tracks. This team is also responsible for work during mega and jumbo mega blocks.”

Kumar was marking proxies for his workers for over a year, putting the lives of lakhs of passengers travelling daily in the city at risk, said sources.

“It’s risky that the senior officer was marking proxies and there were not enough people to respond to an emergency. Such laxity risks accidents and derailments. We will now take the statements of the workers who were vacationing while they were marked present in the officer,” said an officer.

The Divisional Railway Manager and chief of all sections, G V L Satyakumar, said, “We have suspended the officer, Arvind Kumar, who was in-charge of all the people whose proxies were being marked. We also conducted a departmental enquiry into the matter, and will take action once it is over.”