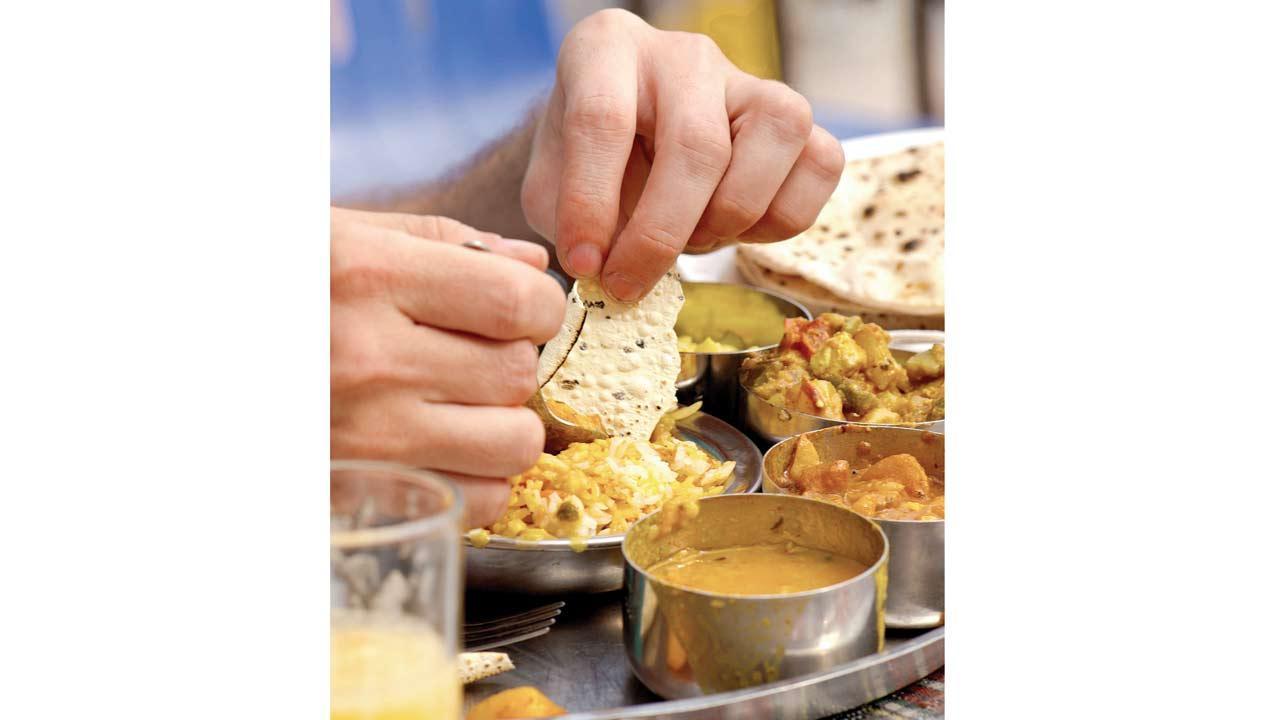 The National Family Health Survey’s (NFHS) latest report on people’s eating habits has riled the Jain community. The findings state that 14.9 per cent men and 4.3 per cent women of the community consume non-vegetarian food, which the members have contested. They have demanded the Centre to scrap it or explain the parameters used to reach this conclusion.

The Jains say that their stomachs are not graveyards

mid-day spoke to members of the Jain community, who refuted this report as baseless. “The government does not have the correct population of our community. How did they conduct the survey and declare the report? We demand the Centre to present to us all the information used for the survey. We also want to know what medium was used and whether Jain representatives were present during the survey,” said a leader of the community.

“This [report] has false information. With this report, they are trying to disgrace our community. We demand to know how the study reached this conclusion or the Centre must take back this report,” said Sunil Mohanlal Chopra, coordinator of Sakal Jain Sangathan, Nashik.

“This report is not acceptable to us. It’s a mistake. The truth should come out. On what questions is the survey based on? Which medium did they use? Were Jain representatives present when surveys were conducted? We need answers,” said Muni Bhuvanharshvijayji from Mira Bhayandar.

“The Jain community always believes in vegetarian food. Our community never thinks of killing someone and eating. We believe in Jivdaya and our community dies for it. We used to drink water after filtering it so that microorganisms did not die. We also take care of even ants….Our stomach is not Kabrastan. The survey is unbelievable,” said Ghevarchand Jain, the trustee of Sheth Motisha Religious and Charitable Trust, Byculla.

“According to the government, around 44 lakh people belong to the Jain community, but the assumption is that there are 3 crore Jains in India. In Mumbai, you will not get even .00001&#37 people from our community who eat non-vegetarian food. Even the youth in our community do not eat roots or vegetables that grow under the ground. The government is giving subsidies to the non-vegetarians, but not giving subsidies to the Panjrapole. It is doing this just for publicity of non-vegetarian food,” said Amrut Vrajlal Shah (Dadhi), trustee of Shree Vardhman Parivar, Kandivli East.

“In our community there are Gujarati and Marwari people. Our community always believes in saving lives. The government should think once before publishing such a baseless survey report,” said Bharat Jain, Shravak from Bhiwandi.