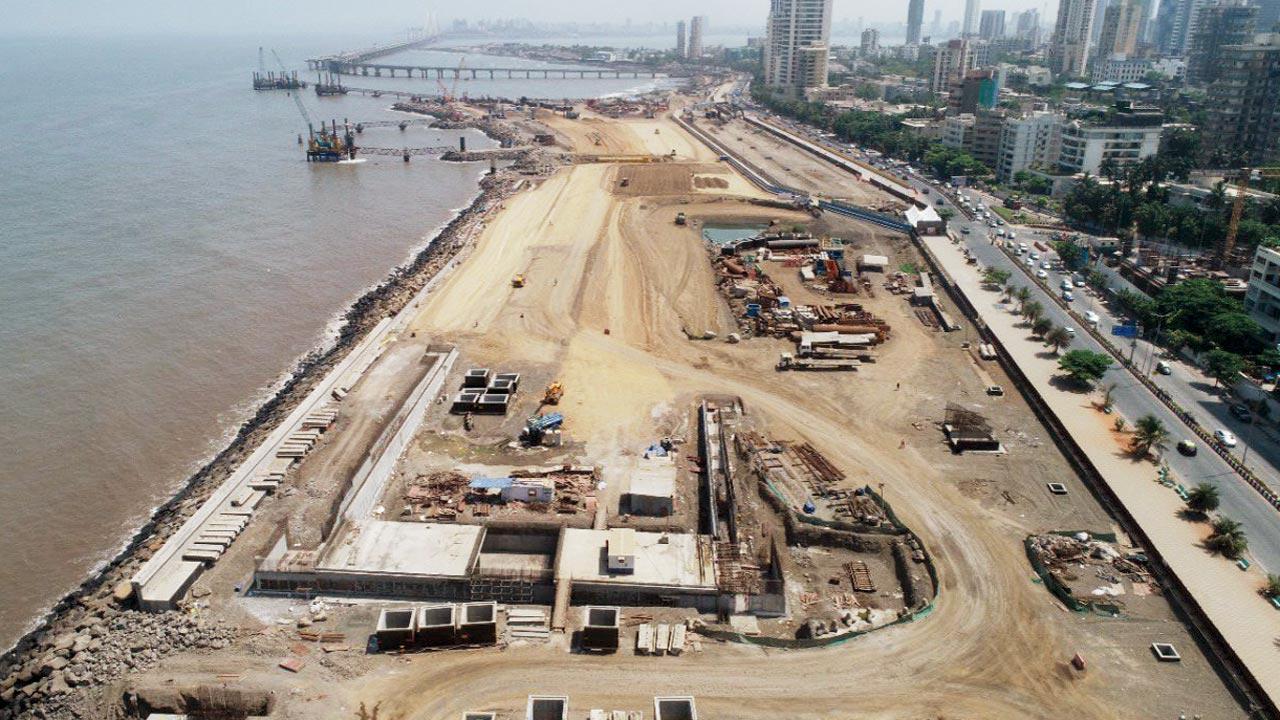 The National Institute of Oceanography (NIA), in its report to the BMC, found a 60-metre distance between pillars of the Coastal Road, which has been contested by the fishing community, is sufficient and appropriate. Based on this, the civic body offered a 20-year accident cover to the community, which outright rejected it.

The fishing community in Worli had demanded the distance be increased to 200 metres for the safe navigation of the fishing boats from Cleveland Jetty at Worli. In January, they held a meeting with the BMC and it was decided that they would submit a report from a technical expert committee backing their demand.

On February 28, a report prepared by Dr Surendra Thakurdesai, head of the department of Geography and Rural Development, was submitted to the BMC. It stated that a minimum distance of 160 metres between two pillars is required for safe transportation of boats, considering wind waves. The report refers to a study by the NIO for the Coastal Road Project in July 2017.

“Dr Thakurdesai’s report was sent to the NIO for a comment. On March 29, Dr Jaykumar Seelam, senior principal scientist, CSIR, at the NIO submitted a report to the BMC. It stated that a width of 60 metres for the navigation span under the bridge connecting Bandra-Worli sea link is sufficient and appropriate,” said Chakradhar Kandalkar, chief engineer of the Coastal Road project.

However, the BMC has proposed to install fenders around the pillars to minimise the damage to boats in case of a collision. Fenders absorb shocks and prevent damage. “CCTV cameras connected directly to the control room will be installed on the waterways to provide immediate assistance in case of an emergency. The corporation will also make a provision for accident insurance for the next 20 years,” said an official from the BMC.

Nitesh Patil, secretary of the Worli Koliwada Nakhwa Matsya Vyavsay Sahakari Society called it eyewash. “The sea is not like a road where a vehicle moves in one direction. If minister Aaditya Thackeray visits our place in the next two days, we will show him how the boats navigate on choppy waters, it deviates several metres in just a second. The BMC is offering us insurance, which means they also realise the risk [of keeping the distance short],” he said.

‘Matter of life and death’

He added that the BMC, in January, “promised us a positive way out, hence we allowed them to carry on the Coastal Road work. Now they are not ready to change their plan. They already changed the plan several times, which extended the deadline. What is the issue if they make one more change now? The deadline will extend for another six months. It is a matter of life and death.”

Meanwhile, the BMC said it is ready to provide interim compensation to the affected fishermen, and the rest will be reimbursed once the report is prepared by the Tata Institute of Social Sciences.

The existing Worli jetty will be renovated and an additional new jetty will be constructed in consultation with the Fisheries Department of the Maharashtra government, said an official.