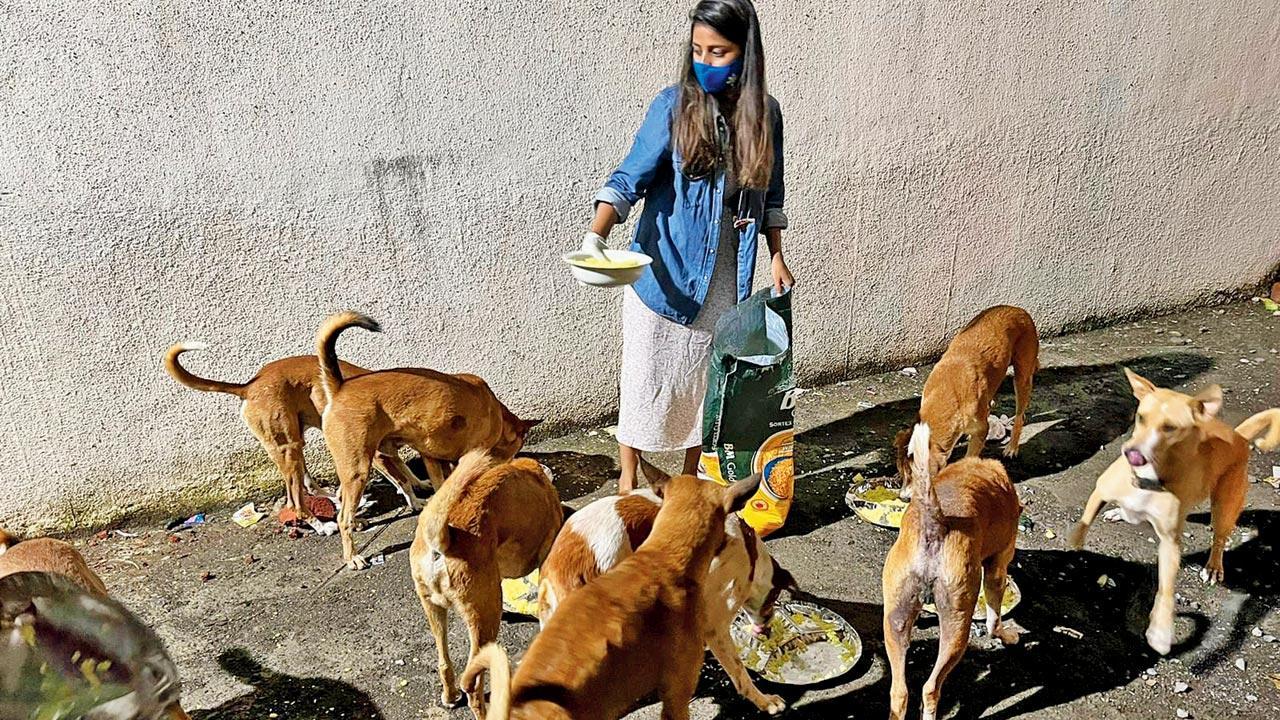 A group of men, in a white van, have been picking up stray dogs from Kandivli and Mira Road and abandoning them at the Uttan dumping ground, alleged animal lovers in the city’s suburbs. The security guards of the residential buildings said they have spotted a white van catching the strays at night, said the locals who regularly feed the dogs.

The animal lovers in the two western suburbs alleged that police have turned a deaf ear to their multiple complaints.

Bhavna Singh, an animal lover from Mira Road, said, “On April 26, a stray dog whom I fed regularly went missing from my area. I contacted other animal rights activists in my area and learnt that many stray dogs have been missing since the past few days. During our search and enquiries, a security guard of a residential building told us that he saw three-four people in a white van drive away with the stray dogs at Poonam Sagar Complex. We checked the CCTV footage of the cameras in the area, and spotted the van but could not get the registration number as it was dark.”

“We checked with a Mira-Bhayandar Municipal Corporation team that picks up stray dogs, but they denied having done that. We contacted shelter homes, but in vain. Then, some people told us that a lot of dogs have been loitering at the Uttan dumping ground,” Singh, 27, who works with a digital marketing firm, added.

“We visited the site and after searching around, we found the dogs. Thankfully, they were in good health,” She said, adding that their “kidnappers” have not been identified yet.

“We went to the Naya Nagar police station in Mira Road and submitted a letter, but they refused to register a complaint. I have been feeding strays in my area for the past nine years, and there are 400-plus dogs and cats here,” Singh said.

Another local, Parth Raparthi, 23, said he feeds around 200 dogs in his area and noticed some of them missing in April. He also found his missing strays at the Uttan dump yard.

Similar incidents were reported in Kandivli. Rahul Thakur, who works at an event management firm, said, “I lost my dog in April after which Singh who told me about the missing dogs in Mira Road.” The missing stray dogs from Kandivli were also recovered from Uttan.

Arnold Lobo from Mira Road said, “The accused that are picking up the dogs from the area should be behind bars. I am grateful that my dogs are safe.”

Neeta Shetty, who runs Hope For Indies, said, “We saw a message on social media about thousands of dogs at Uttan dumping yard, and contacted people who had recently lost their dogs. We learnt that animal lover Febah Martin went to this dumping ground and found around 200 dogs, but all were in good health.”

Martin said, “It is shocking. My team is also conducting an enquiry into this white van.”

3-4
No. of people allegedly spotted in a van, picking up dogs