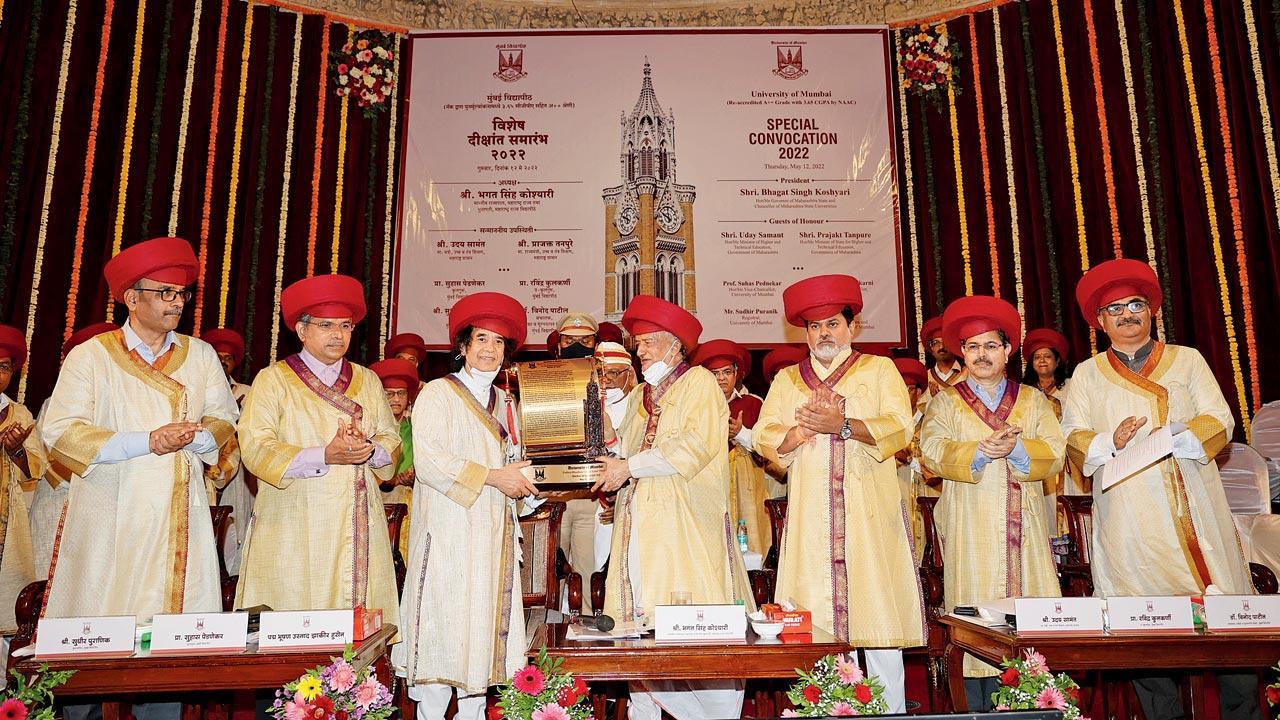 Koshyari also presented a doctor of literature degree to the doyen of polyester industry, Shashikant Garware, and a doctor of science degree to renowned scientist Mukund Chorghade.

Garware was unable to attend the function due to health issues. His daughter accepted the honorary degree on his behalf.

Zakir Hussain addressed the audience in Marathi.  Speaking at the ceremony Hussain said: “I can only speak the language of tabla and music. The honorary degree from the oldest university in the country is the highest degree,” he said.

Minister of State for Higher and Technical Education Uday Samant was also present at the ceremony, where he announced that the Bharat Ratna Lata Mangeshkar Music institute & Museum in MU will be started very soon. The state plans to launch the institute on the late legendary singer’s birth anniversary, on September 28, he added. The state government has already made a provision of R100 crore for the college, he said.

Samant said the state government has sought the help of Usha Mangeshkar, Ustad Zakir Hussain, Shankar Mahadevan and other singers and musicians in designing the curriculum of the programmes for the college.